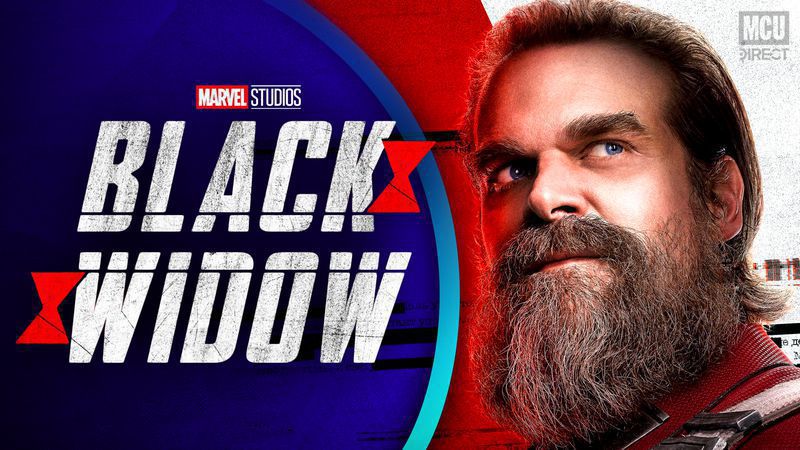 Since everyone is (hopefully) participating in social distancing to help lower the curve of the coronavirus, most have been confined inside without much to do. David Harbour has been sharing multiple Instagram Live videos in which he's been answering questions from fans. One video Harbour had done a week ago expressed his desire to see the movie soon, claiming that he would even watch it on Disney+.

I’m very much looking forward to being in Black Widow if we ever are able to release that movie. I would love to be able to watch that movie too - y’know I have not seen that movie. I have seen some stuff in ADR and it looks really good. And also I was there when we were shooting it and I’m really excited about it. But I would like to see it myself. Hell, I would watch it on Disney+.

Harbour has since done other Instagram Live videos that expressed similar thoughts about Black Widow releasing on streaming services.

The Independent transcribed a recent Instagram Live video Harbour had done that again expressed his desire to see Black Widow released on streaming.

Harbour said that “My publisher also sent me an email saying Black Widow had been postponed and I think I replied ‘shocker’,” adding “Wouldn’t it be fun if we all could just stream it? But that’s above my pay grade.”

This quote from the actor is simply him expressing his own thoughts and not something that was influenced by anything that Disney has said or indicated to him. However, it reaffirms how people - even actors - are continually growing impatient with the prospect of having to wait even longer for the movie to release.

As Harbour himself states, the decision to release Black Widow on any VOD service or Disney+ is above his paygrade, so his feelings likely don't contribute to Disney's own decisions. In fact, it was recently revealed in a leak to The Hollywood Reporter that Disney's top executives would be taking a 50% pay cut. This may indicate that the studio is willing to wait this out and not simply allow Black Widow or their other large blockbuster films to be put onto VOD services or even Disney+.