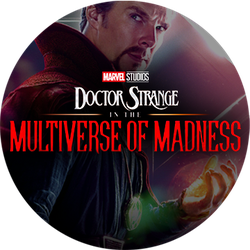 Doctor Strange In the Multiverse Of Madness News and Updates

Are you a fan of Doctor Strange 2 in The Multiverse of Madness movie? You have come to the right place. ✓ Get all the Doctor Strange movie news here today!

Award-winning author George R. R. Martin of Game of Thrones fame offered his thoughts on Doctor Strange in the Multiverse of Madness

By Jennifer McDonough - 13 MINUTES AGO 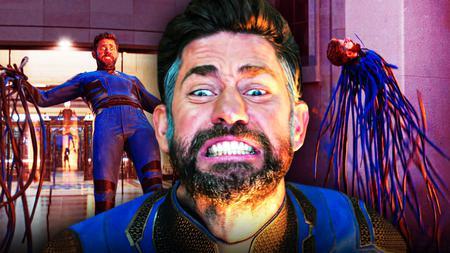 By Morgan Ambrose - 3 HOURS AGO 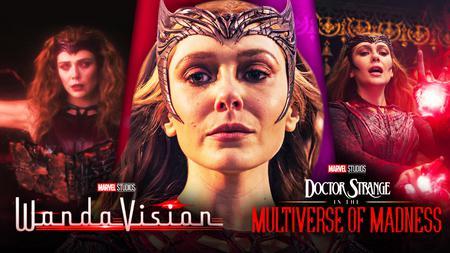 By Jennifer McDonough - 23 HOURS AGO 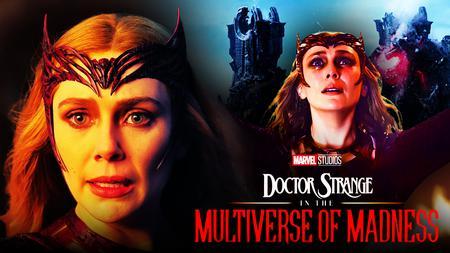 By Aeron Mer Eclarinal - 1 DAYS AGO

Doctor Strange in the Multiverse of Madness was billed as one of the most anticipated MCU projects on the slate since being announced at 2019's San Diego Comic-Con. Despite the Doctor Strange 2 release date being moved by nearly an entire year, the hype for this sequel never slowed down. The reason is that this movie's title includes the hottest buzzword in superhero movies, "Multiverse".

The question is with a story this big and a cast this star-studded, who is the person tasked to direct the Multiverse of Madness? Making his return to the genre that he is a founding father of, Sam Raimi gets behind the camera for Dr. Strange 2. He brings a mixed bag of Raimi-isms from his previous work in the genre with the early 2000’s Spider-Man trilogy, and the patented horror styles of his work such as Evil Dead and Drag Me To Hell.

With the large-scale pieces in place, and a veteran leader behind the camera, Marvel Studios was ready to deliver something more extreme than they ever have before… and they did.

Doctor Strange In The Multiverse of Madness does what so many legendary MCU movies have done; push the limits of the genre. There are a variety of elements in the new Dr. Strange movie that have never been seen before in superhero movies. At least not to this extent.

This movie begins with one of the most shocking heel turns in Marvel Cinematic Universe history as Wanda presents herself as the villain within the film's first act. This sets off a pacing energy that is unmatched in the franchise.

Wanda’s goal is to obtain the power to travel the Multiverse from America Chavez, with the goal of being reunited with her children. It is made clear almost immediately that Wanda is willing to do whatever it takes to make this happen with her brutal and murderous attack on Kamar-Taj.

This cements her full evolution into darkness as The Scarlet Witch. Being succumbed by The Darkhold, Wanda has receded into the background in favor of the Chaos Magic legend of the MCU. This drives Doctor Stephen Strange on a quest to search the Multiverse for answers with the help of America Chavez.

This becomes the setup for some major moments in MCU history. As Strange and Chavez travel the Multiverse they land in Earth-838. This is a universe that introduces a variety of classic Marvel Comics elements and characters that will ring into the future of the franchise for years. Here, fans first hear phrases such as “616”, “Baxter Foundation”, and “The Illuminati”.

A group of Ultron bots takes a handcuffed Dr Strange to meet the infamous Illuminati, consisting of many powerful MCU cameos from the Fantastic Four, X-Men, and more sections of the Marvel universe. Baron Mordo returns as this universe's Sorcerer Supreme. He is accompanied by What If…? standout Captain Carter, played by universe veteran Haley Atwell. Lashana Lynch also reprises her role as Maria Rambeau with a promotion to 838’s protector of the cosmos, Captain Marvel.

Additionally, legacy characters and actors return to fulfill the multiversal theories of the MCU faithful. Anson Mount returns as Black Bolt, leader of the Inhumans, from his infamous ABC series Inhumans. With him, another founding father of the genre, Patrick Stewart, returns as Professor Charles Xavier. Accompanied by a nostalgic suite of X-Men: The Animated Series Easter Eggs such as the yellow hover chair, the visual representation of his mutant power, and the original series theme.

Finally, another legacy character in Marvel movie lore returns but with a new face. John Krasinski confirms one of the biggest fancast in recent memory in his MCU debut as Reed Richards, Mr. Fantastic, Leader of the Fantastic 4. Marvel’s first family makes their way into Marvel’s keystone franchise.

This Illuminati team informs 616 Stephen Strange that, because of the influence and power of the Darkhold, it is him that is the biggest threat to the Multiverse, not Wanda. Strange gets the support of America Chavez and Charles Xavier as different from the rest, but that is not enough.

The Scarlet Witch deploys the Darkhold’s most powerful and corrupting spell, dreamwalking, and eliminates The Illuminati in a gruesome fashion. This sequence will forever be remembered as the moment Marvel Studios pushed the PG-13 violence limit as far as it could go.

This all comes to ahead as Strange eventually travels with Christine Palmer, played by Rachel McAdams, to do exactly what he was warned not to do, dreamwalk. He possesses the corpse of another universe's Strange brought to 616 to confront The Scarlet Witch in her throne mountain, Wundergore.

This leads to Strange, Chavez, and Wong teaming up to take down the Scarlet Witch by holding up the mirror that is her children. Wanda makes the sacrifice play. Destroying Wundergore, the Darkhold in all universes, and herself.

After watching Multiverse of Madness, the question on everyone’s mind is Wanda dead? Wanda’s death is a “no body, no death” situation for most fans. After her arc from WandaVision to Dr Strange in the Multiverse of Madness, it is tough to believe this will be the last audiences will see of Elizabeth Olsen as The Scarlet Witch.

As for Doctor Strange, he leaves America Chavez in the hands of Wong at Kamar-Taj to continue developing her mystic powers. He returns to life in New York with a newfound sense of dignity and purpose. He believes he has once again evaded the consequences of disrupting natural law, until one day he is overcome with a sign of The Darkhold’s heavy toll, the third eye.

This leaves fans in a state of despair for the title hero as the bill may finally be coming due… until the post-credit scene.

After the credits roll on this Sami Raimi thriller, Strange is met by Clea played by Charlize Theron. Clea tells Strange his actions have begun an incursion, which is the collapse of multiple universes. The new sorcerer asks Stephen to join her and fix this problem as she opens a portal to The Dark Dimension. Strange proudly displays his evil third eye and joins with almost no hesitation.

Doctor Strange In The Multiverse Of Madness expanded the Marvel Cinematic Universe tenfold as it introduced a variety of consequential concepts, locations, elements, and characters. Doctor Stange is seemingly off the table for other universe events, much like Hulk at the end of Avengers: Age of Ultron. This likely indicates fans will not see Benedict Cumberbatch again until much closer to the eventual Doctor Strange 3.

The reception for this film has been a mixed bag of sorts. The polarizing style, energy, and tone of this movie leave the majority of fans in a love/hate situation. Director Sam Raimi brought his own flavor into this one with Marvel Studios seemingly giving him a large majority of control.

The future of the franchise is uncertain. But this movie follows the pattern of other polarizing MCU entries (Age of Ultron, Ant-Man and the Wasp, etc.) and plants major seeds for the future. Everything that fans love about this one is just cherries on top as Doctor Strange In The Multiverse Of Madness proves that Marvel Studios has no intentions to take the foot off the gas in the Marvel Cinematic Universe.

LATEST Doctor Strange In the Multiverse Of Madness NEWS 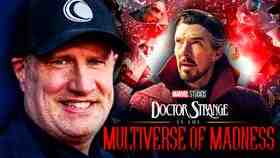 By Morgan Ambrose - 2 DAYS AGO 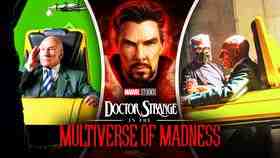 By Jennifer McDonough - 3 DAYS AGO 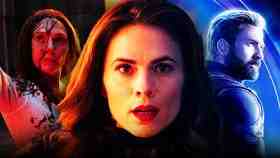 By Richard Nebens - 4 DAYS AGO 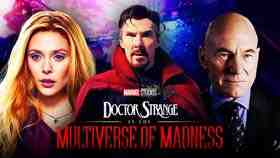 By Liam Crowley - 4 DAYS AGO 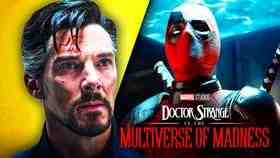 By Russ Milheim - 4 DAYS AGO 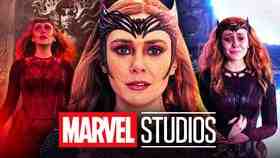 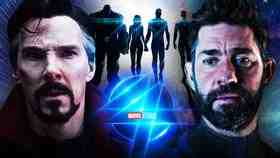 By Aeron Mer Eclarinal - 5 DAYS AGO 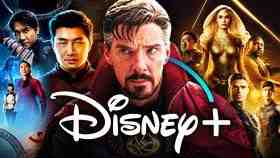 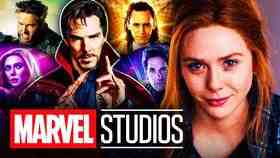 5 MCU Movies & Disney+ Shows Wanda Should Appear in Next

By Sam Hargrave - 6 DAYS AGO 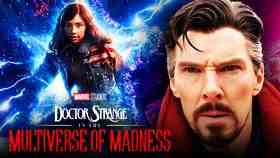 By Russ Milheim - 6 DAYS AGO 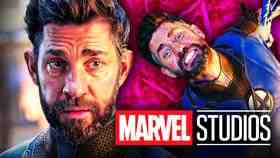 By Richard Nebens - 6 DAYS AGO 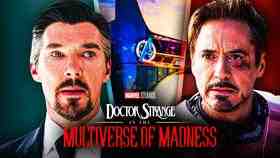 By Jennifer McDonough - 7 DAYS AGO 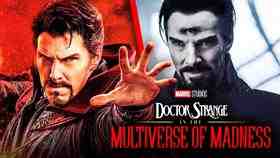 By Richard Nebens - 7 DAYS AGO 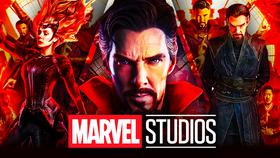 By Aeron Mer Eclarinal - 7 DAYS AGO 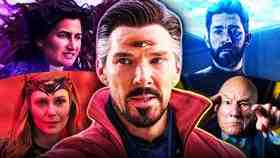 By Richard Nebens - 8 DAYS AGO 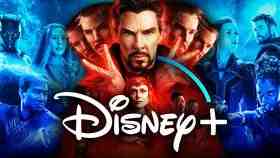 By Russ Milheim - 8 DAYS AGO

Doctor Strange In the Multiverse Of Madness Page 2