Through the years, Sony's Spider-Man movie universe has been growing. From 2002 to 2019, the studio has officially produced a total of nine movies centered around New York's famous web-slinger, which includes Sam Raimi's original Spider-Man trilogy, Marc Webb's Amazing Spider-Man reboot/sequel, the Oscar-winning Spider-Man: Into the Spider-Verse animated film, Venom, and of course, Tom Holland's Spider-Man solo flicks in the Marvel Cinematic Universe. These films have their fair share of ups and downs throughout, but that doesn't stop Sony from exploring other characters from the Spider-Man lore.

In the mid-2010s, the studio was eager to build a shared Amazing Spider-Man universe similar to the MCU - one that would involve villains (Sinister Six) and side characters (Black Cat) into the mix - but their plans were shut down after the disappointing box-office cume of Amazing Spider-Man 2. Instead, Sony made a deal with Disney in 2015 to share the rights of Spider-Man so that the hero could finally crossover with the Avengers into the wider MCU. This led to a resounding success both critically and financially, which made fans hopeful that the hero would stay longer in the billion-dollar franchise.

However, this original deal between the two studios only involved five MCU films. This meant that a new one would need to be made and ultimately led to a well-documented standoff between Sony and Disney last year. Upon clearing the air, with a little help from Tom Holland, a new agreement was made to let Spider-Man stay in the MCU for at least two more MCU films before Holland would then "cross cinematic universes" to appear as the web-slinger in Sony's Universe of Marvel Characters.

The MCU connections that are being teased in both Morbius and Venom: Let There Be Carnage have left fans to wonder if both films are already set within the world of the Avengers or if they are loosely set in an alternate universe which resembles the MCU. Interestingly, an upcoming spinoff film in the form of Madame Web could help explain how everything may play out and how it could potentially lead to a multi-universe crossover that fans have long been speculating about.

Who is Madame Web? 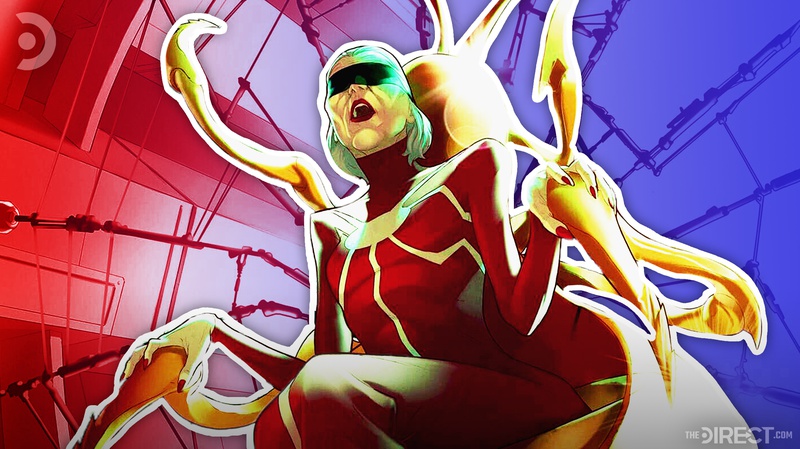 Created by Denny O'Neil and John Romita Jr., Cassandra Webb, a.k.a. Madame Web, is a mutant who debuted in the pages of The Amazing Spider-Man #210 in November 1980. On top of being born blind, Webb also suffers from a neuromuscular disease called myasthenia gravis which left her paralyzed and attached to a life support system. Webb's life support system is a unique chair provided by her late husband, Jonathan, and the design is similar to a spider web - thus paving the way for her to adopt the Madame Web moniker.

Madame Web has a plethora of abilities which include telepathy, clairvoyance, and precognition, but the most notable one is her connection with a mysterious force called Web of Life and Destiny, which encompasses the past, present, and future. Essentially, this web holds the multiverse together. Furthermore, this mystical force is said to be the root power source of every hero with spider powers across the multiverse. Because of this, Madame Web is aware of Peter Parker's Spider-Man, which makes her an ally and even a mentor for the web-slinging hero. 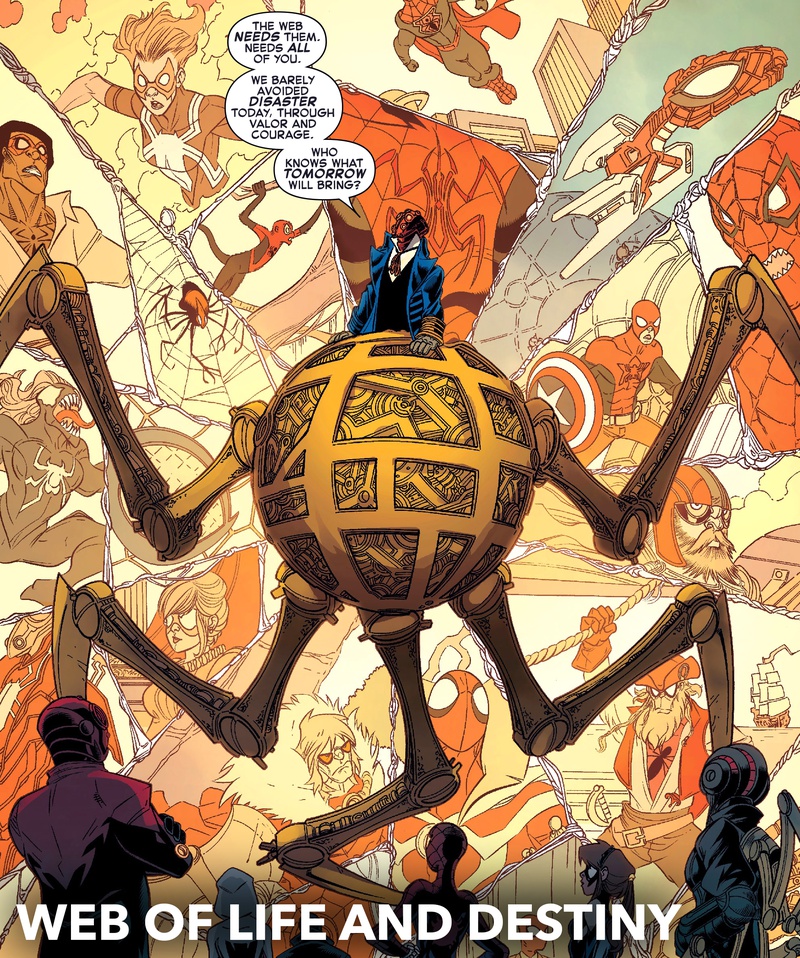 Unfortunately, Madame Web met her tragic end at the hands of  Kraven The Hunter when the latter captured and tortured her to gain information about Spider-Man's life. Nevertheless, the character's death was not the end of the road for the Madame Web persona as it was revealed that she transferred her powers to Julia Carpenter, a version of Spider-Woman. Being a younger and much more active heroine, Carpenter became the second coming of Madame Web, complete with all of the precognitive abilities of the original character.

Given the rich and somewhat complex backstory of Madame Web, it still comes as a surprise for many that Sony is taking a chance to develop a spinoff film based on the character. In September 2019, Collider reported that a movie centered on Madame Web is moving forward as part of the SUMC and the script is being penned by Morbius writers Matt Sazama and Burk Sharpless. And now, just recently, Variety revealed in a report that veteran TV director S.J. Clarkson (Jessica Jones, Bates Motel) is attached to the project and Sony is potentially eyeing an A-lister like Charlize Teron and Amy Adams for the lead role. It remains to be seen if the spinoff film will be based on the Cassandra Webb version of the character or the Julia Carpenter one.

How Madame Web Could Potentially Connect to the Wider MCU

If the movie does see the light of day, Madame Web will not be the first foray into the multiverse concept. The MCU is doing its own deep dive into alternate worlds and realities with Doctor Strange in the Multiverse of Madness, which begs the questions: Could these movies potentially connect to one another? Or will both of them ignore each other completely? The idea of incorporating the multiverse in live-action offers a rare opportunity to finally connect the two universes together.

The previously mentioned Web of Life and Destiny could hold the key for Tom Holland's Spider-Man to be involved in both the MCU and Sony's shared universe. As explained in Marvel's Spider-Verse comic event, through the Web of Life and the so-called Spider-Totems (which are every universe's Spider-Man), Madame Web has the ability to transport any version of Spider-Man across the multiverse. By doing so, the character can effectively transfer MCU's Spider-Man into Sony's Marvel universe to help out in a potential conflict and vice-versa. 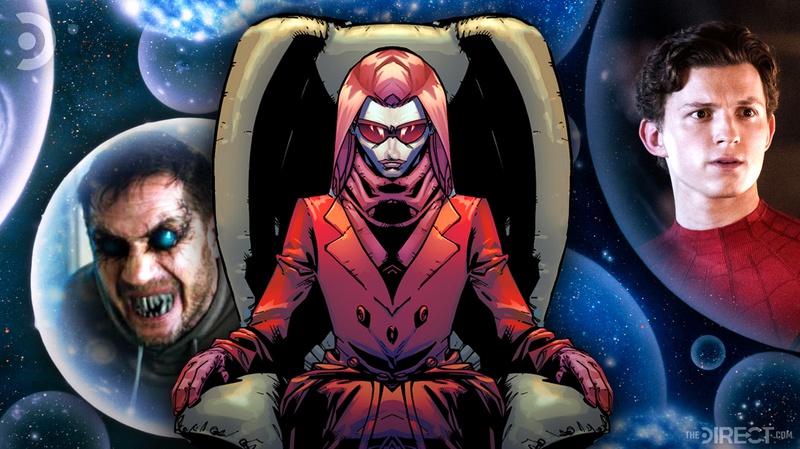 It is important to note that the SUMC doesn't have their own Spider-Man (yet) so it would make sense that Madame Web, who is fully aware of her universe's lack of an established web-slinger, would bring in Holland's version of the character to help out with a potential mishap. By connecting the dots, this is where Doctor Strange and the MCU's take on the multiverse could come in.

After the death of the Ancient One in 2016's Doctor Strange, Stephen Strange became the de facto guardian of the multiverse in the MCU. The sorcerer could be the first one to be aware of Madame Web's shenanigans with the Spider Totem and Holland's Spider-Man. This could be referenced in the upcoming Doctor Strange sequel, may it be a throwaway line about the Web of Life and Destiny or even a full-blown cameo for Madame Web and a glimpse of Sony's Marvel universe.

It's clear that Spider-Man: Far From Home's ending changed the status quo of Peter's life when his identity was revealed to the world by Mysterio through J. Jonah Jameson's Daily Bugle. Not much is known about its lasting effect on Parker's life post-Infinity Saga, and it is also unknown whether it will be completely resolved in the upcoming untitled Spider-Man 3. Spider-Man will continue to have enemies and his identity being out there presents a risk for Peter and his closest allies.

Doctor Strange and Madame Web could work together to help Peter Parker - and potentially Aunt May (Marisa Tomei), Ned (Jacob Batalon), and MJ (Zendaya) - seek temporary shelter in Sony's Marvel Universe. A deal could be in place between Strange and Webb for Spider-Man to help out during whatever conflict that needs to be sorted out in the SUMC while returning to the MCU whenever he is needed.

While this scenario could be a long shot, it effectively lays out new ground for more Spider-Man stories and presents a win-win situation for both Sony and Disney to keep sharing the rights of the character in-between their shared universe.

The Oscar-winning Spider-Man: Into the Spider-Verse animated film produced the unthinkable when it showed the team-up of several Spider-based heroes to save the multiverse. After the movie's massive success, many fans are already pitching a live-action version of the film to become an Avengers: Endgame-scale crossover for Sony's shared superhero universe. Moreover, a tease of what's to come almost happened when Into the Spider-Verse producer Chris Miller revealed that there was a scrapped "ambitious tag" involving Tom Holland, Tobey Maguire, and Andrew Garfield.

As evidenced by the comment from Sony executives of the scenario being "too soon," it turns out that a plan for a live-action version is out there; it is just a matter of how and when. Madame Web could make this possible through her connection with the Web of Life and Destiny. Not only can she sense Tom Holland's Spider-Man, but she is also aware of other Spider-Men across the multiverse - including Tobey Maguire's version as well as Andrew Garfield's take on the web-slinger - and thus could bring them together to fight against a common threat. 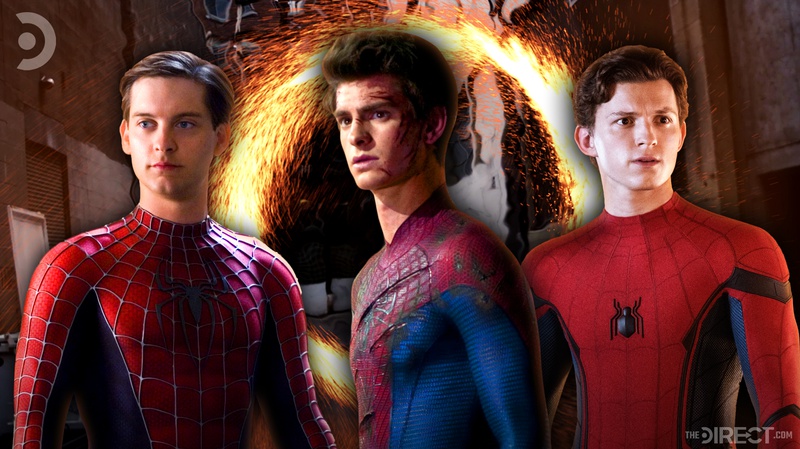 For a team-up of Spider-Men, a great threat to up the ante could be a team-up of villains with an added twist: They would come from the different worlds across the multiverse. Imagine a scenario where Holland's Spider-Man is fighting a revived Doctor Octopus (Albert Molina) from Raimi's trilogy, Maguire's Spider-Man going against the MCU's Vulture (Michael Keaton), and Garfield's Spider-Man trading blows with the SUMC's Carnage (Woody Harrelson). The possibilities are endless and it could pay off for both old and new Spider-Man fans of the franchise.

Additionally, Sony can even seek permission from Disney to possibly throw in some MCU heroes in their planned movie, which could make for an even grander crossover. After all, Disney might be interested to join the fun in one of the biggest crossover movies since the MCU's very own Endgame.

However, the cameos in such a movie should not have a direct effect on the film's overarching conflict. At the point of release of this potential crossvover film, an Avengers 5 movie should have already come out, meaning that Holland's Spider-Man already established camaraderie with his fellow Avengers. The cameo could be seen as Spider-Man fighting with the Avengers on a mission before he gets to be drawn out by Madame Web, essentially starting off the Spider-Verse story.

At first glance, a spinoff film based on Madame Web might raise some eyebrows, but it is likely that this is Sony's first step in the studio's long-term plan with a well-earned payoff. The new deal between Sony and Disney seems to be a best-case scenario for the studios as well as the fans. If plans for a live-action Spider-Verse pan out, it presents an opportunity to take the Spider-Man character into even greater heights moving forward.

Black Panther 3: When Will It Release In MCU Phase 6-7?