How appropriate that Wonder Woman 1984 kicks off the film portion of DC FanDome, as the highly anticipated sequel will be the fans first return to the DCEU upon its release, either in theaters or possibly within their own homes . The first film starring Gal Gadot in the titular role was a critical and box office success, and the anticipation for the sequel only grew when its initial trailer was released back in December .

But even the Amazon warrior herself couldn't predict a pandemic that would force indefinite delays across all industries, resulting in Wonder Woman 1984 being pushed back to October of this year . If anything, the release is surely worth the wait given that we know the sequel will revolve around a conspiracy theory with Maxwell Lord at the center, featuring one of Wonder Woman's iconic villains in Cheetah, and already setting up a third film for the franchise.

While the fans have been patient, the cast and crew have looked forward to finally giving audiences everywhere a look at what's in store, starting with their panel at DC FanDome.

Director Patty Jenkins joined Gal Gadot and the rest of the cast of Wonder Woman 1984 to answer questions from fans worldwide, discuss fan art and cosplay, as well as reveal an all-new sneak peek at the upcoming film.

The panel took the time to answer fan questions from around the world, one of the first being posed to Chris Pine, who mentioned that Steve Trevor's transition to being the "fish out of water" in WW84 was a welcome change from the first film.

The panel had no shortage of big name fan appearances, as the cast welcomed tennis star Serena Williams, who asked: Who would win in a tennis match between Wonder Woman and Cheetah?

Perhaps one of the best surprises came in the form of the original Amazon warrior, Lynda Carter herself, making an appearance on the panel. She expressed thanks to both Gal Gadot and Patty Jenkins for inspiring so many, and the duo both expressed their mutual gratitude.

Throughout the live panel, a number of behind-the-scene shots were revealed, giving fans a welcome up close look at new villains Maxwell Lord and Cheetah, as well as some new shots of Diana Prince and Steve Trevor in their new 80s setting. 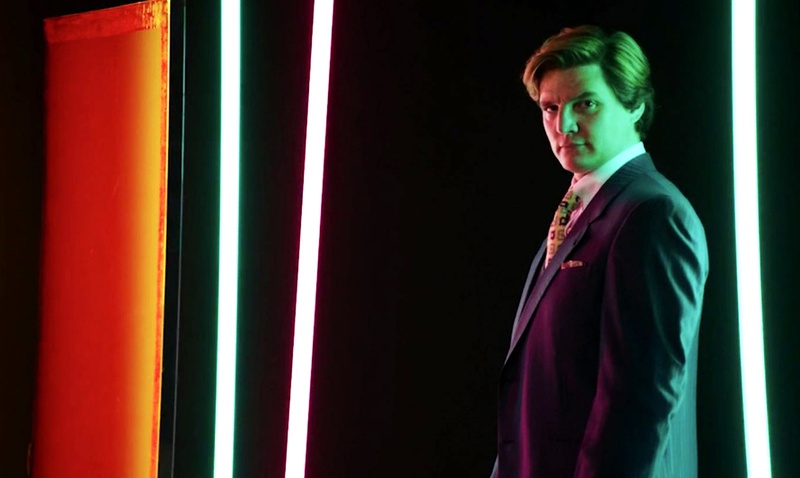 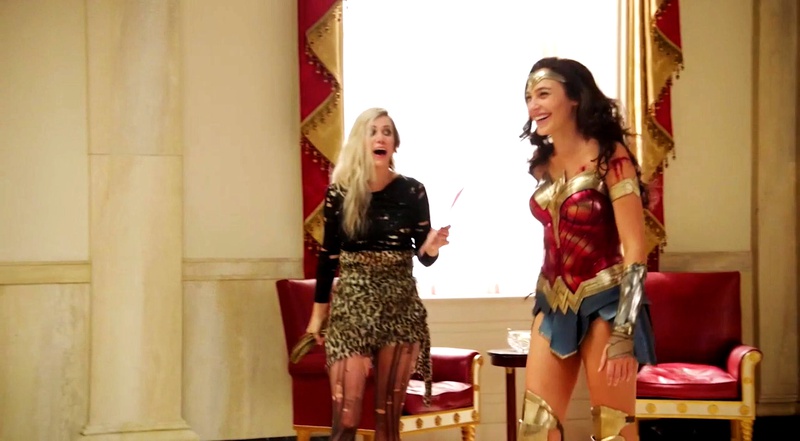 A behind the scenes shot of Cheetah (Kristen Wiig) and Wonder Woman (Gal Gadot). 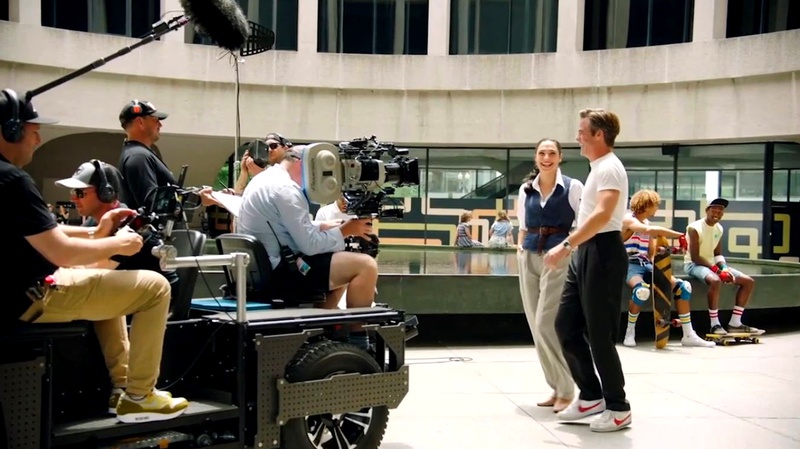 And for the grand finale of the panel, the cast gave the fans worldwide what they were waiting for: a brand new trailer for Wonder Woman 1984 , revealing new footage and giving audiences their first up close look at Kristen Wiig in action as the villainous Cheetah:

After releasing the initial trailer back in December, it feels like decades since fans have seen new official footage for Wonder Woman 1984 . Audiences have waited patiently to see Diana Prince back on screen, and the WW84 panel delivered in showing exactly why the anticipated sequel is worth the wait, with a few surprises added in along the way.

The cast and crew started off with answering a few fun questions from fans worldwide, illustrating just exactly how thrilled audiences are in seeing Wonder Woman back on the screen (hopefully in theaters). The sequel has some notable big name fans as well, with Serena Williams hopping onto the panel as well as the original Wonder Woman herself, Lynda Carter.

To the fans who are anxiously waiting for the film to finally arrive, just know that a few celebrity names are waiting just as patiently as you.

Behind-the-scenes shots of Maxwell Lord, Cheetah, Steve Trevor and Diana Prince gave fans new up close looks at the key characters of the sequel, but of course the grand finale was the moment fans were all hoping for: a brand new trailer for Wonder Woman 1984 .

The new footage was packed with new action footage, hilarious "fish out of water" dialogue between Steve and Diana, new scenes showcasing Maxwell Lord, and of course the first official look at Cheetah in her comic-inspired form.

Wonder Woman 1984 kicked off DC FanDome with a bang, and fans next look at the sequel will (hopefully) be next month as the film is targeting an October release.