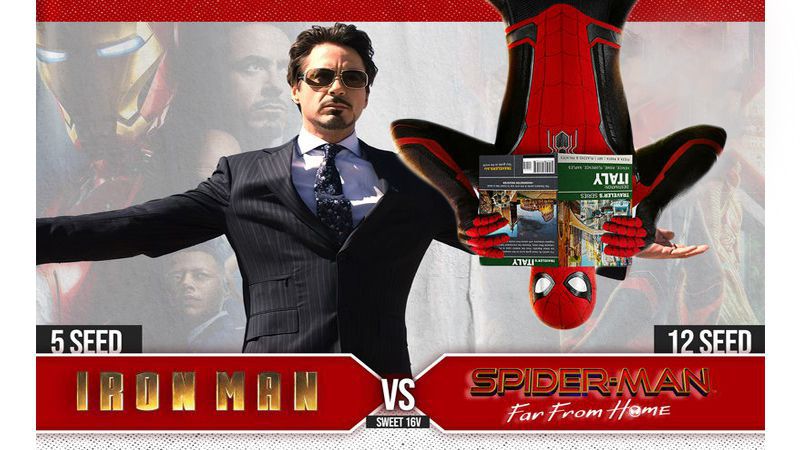 So far through this MCU Madness tournament, we have seen some matchups that seemed destined to square off. This is by far the most poetic matchup so far, one that brings the beginning of the Infinity Saga against the end. Iron Man sets the stage for the MCU in 2008 and defined a brand movie making. Spider-Man: Far From Home, meanwhile, is an homage to Iron Man that released 11 years later and is meant to launch the universe into a new era. Who will win the bookmark matchup of Shellhead vs. Webhead? Vote Down Below!

Synopsis: A billionaire industrialist and genius inventor, Tony Stark (Robert Downey Jr.), is conducting weapons tests overseas, but terrorists kidnap him to force him to build a devastating weapon. Instead, he builds an armored suit and upends his captors. Returning to America, Stark refines the suit and uses it to combat crime and terrorism.

Pros: You know the story. You know the comedy. You know the scene of Tony suiting up for the first time. Hell, for most of us, this one changed the way we looked at superhero movies, action movies and/or movies as a whole. But what some fans don’t know, is how much of a risk Kevin Fiege, Jon Favreau and company took making this movie. They took a B-List (at best) hero and a lead man with a troubled past in Downey Jr. and created an on-screen narcissistic character who they convinced audiences to fall in love with… AND THEY NAILED IT!

Cons: This one is tough. It is hard to believe that there have been 12 years of MCU movies since the release of Iron Man in 2008. This movie’s #5 seeding is heavily influenced by what this movie did for the MCU and comic book movies as a whole. That also means that it participated in “working out the kinks” to discover a successful formula. The standard origin discrepancies include a villain that is practically an evil version of our hero and a third act that distances itself from the rest of the film. Regardless, we aren’t here for sound structure and dynamic sub-characters. We are here for “I Am Iron Man."

Synopsis: Peter Parker's (Tom Holland) relaxing European vacation takes an unexpected turn when Nick Fury (Samuel L. Jackson) shows up in his hotel room to recruit him for a mission. The world is in danger as four massive elemental creatures -- each representing Earth, air, water and fire -- emerge from a hole torn in the universe. Parker soon finds himself donning the Spider-Man suit to help Fury and fellow superhero Mysterio (Jake Gyllenhaal) stop the evil entities from wreaking havoc across the continent.

Pros: The ultimate "palate cleanser" follows Peter Parker and his friends on a class trip to Europe following the events of Avengers: Endgame. Spider-Man: Far From Home gives us our first look at the world post-Thanos. Director Jon Watts and his team continue their success at merging together excellent storytelling and character building as we discover what the future of the MCU may look like with Spider-Man at the helm. Throw in an instant classic as your villain and some of the funniest supporting characters around and you have what many believe is one of the best Spidey films yet. It also holds some of the best visuals in the MCU so far, particularly in the Spidey vs. Mysterio sequences.

Cons: A lot of fans were not pleased with how quickly the MCU was to follow up the biggest movie of all time. On top of that, this film walks the line between a serious tribute to Iron Man and a comical relief to what is now referred to as "The Blip". The Infinity Saga swan song tries to do a lot at once while we say goodbye to our past, look into our future and also develop arguably one of the most important characters in the MCU. 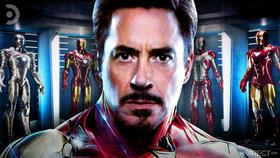 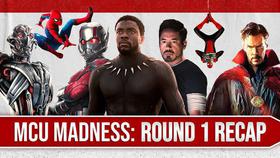