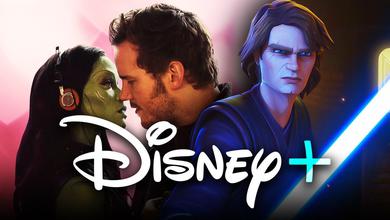 After months of waiting, Disney+'s catalog is getting some new tentpole programming in the form of The Mandalorian season 2 in October and WandaVision.

Despite the lack of new originals for the company's blockbuster franchises, the streaming service has seen moderate success elsewhere. The service acquired Hamilton earlier this year, which was the first time the massively successful musical had been made widely available. Disney+ has also now launched in several territories following its initial release, now being available in most of Europe with plans to roll out in South America.

Disney+ has not come without its issues, though. Mulan was announced to hit the streaming service at an additional cost, skipping over its theatrical release. Although official numbers have yet to be released, it is believed that the lackluster returns of Mulan contributed to the delay of Black Widow.

Now, U.S. viewers will be able to enjoy a new way to enjoy Disney+'s streaming offerings...

In a new report from Variety, Disney announced the launch of a new feature for Disney+ named GroupWatch.

The feature enables Disney+ subscribers to stream programming with up to six other people, allowing them to watch films and television series from wherever they happen to be.

All invited viewers are required to have a Disney+ subscription to use the feature, which can be used for the entire Disney+ catalog. GroupWatch will also allow users to use emoji-like reactions during the viewing.

GroupWatch was initially tested out in Canada, Australia, and New Zealand, though no news was given for when these territories can experience this feature in full. GroupWatch is expected to launch in Europe later this fall.

With The Mandalorian season 2 and WandaVision on the horizon, this should be a perfect feature to allow fans to experience these series together even when far apart. Watch-party features have been a part of several other streaming services, including Hulu and Amazon Prime, so it was only a matter of time before Disney+ jumped on the bandwagon.

The experience of watching a television series is quite different than watching a theatrical film on opening night. GroupWatch should provide a similar sort of experience for these upcoming shows, making their releases feel more like an event each week.

Besides the social benefit of this feature, this will surely be a valuable feature in a monetary sense. As all viewers require a Disney+ subscription, this should drive users to buy in to the service to take advantage of this feature.

This option will only be available to U.S. viewers for the time being, but a European roll out has been confirmed. Given testing has occurred in Canada, Australia, and New Zealand, it is likely that subscribers in these locations should also receive the feature soon. Disney will most likely be monitoring the success of this feature to assess how to move forward with it in other countries.

GroupWatch is available to use right now for U.S. Disney+ subscribers.