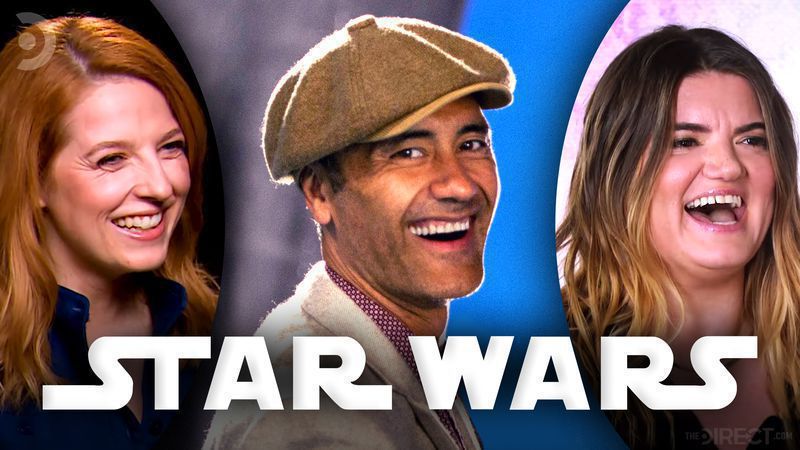 Earlier today, Star Wars announced via their official website that Taika Waititi has been tapped to both write and direct a new Star Wars feature film for a theatrical release. The director of Thor: Ragnarok and JoJo Rabbit is no stranger to the Star Wars Universe as he directed Chapter 8 of The Mandalorian’s first season. Star Wars also announced that Krysty Wilson-Cairns, who wrote 1917, will co-write with Waititi on this new film. Finally, Star Wars shared that Leslye Headland known for her work on Netflix's Russian Doll will writer, produce, and serve as the shownrunner for another untitled Star Wars series for Disney+.

All three creatives took to social media to comment on their respective Star Wars announcements and to show a bit of both their enthusiasm and personality.

In true Taika Waititi fashion, he embraced the fact that he fooled everyone when he denied reports that he was directing a Star Wars film earlier this year.

Leslye Headland's Twitter reaction is perhaps what we all would feel if we had been tapped for a Star Wars series!

Beyond my wildest dreams!!! 🤯🤯🤯 https://t.co/AQskJWZqkD

Even though the Skywalker Saga only concluded this past December, Star Wars shows no signs of slowing down any time soon. Waititi’s new film coupled with Leslye Headland’s Disney+ series only adds to the list of upcoming Star Wars content that has been either announced or rumored in the past several months, such as the series for Cassian Andor, Obi-Wan Kenobi, and possibly Ahsoka Tano.

All of these projects, including those announced today, still have no dates and will likely be delayed due to COVID-19 closures. Taika Waititi's Star Wars film shouldn't be expected anytime soon either due to the fact that the director is currently working on Thor: Love and Thunder for Marvel Studios.