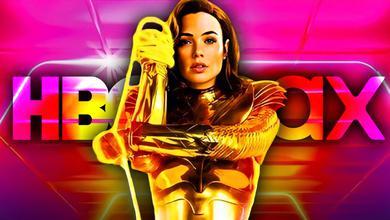 Some major changes are coming as the DC Extended Universe adjusts its release strategy, coming to the decision to release Wonder Woman 1984 on Christmas Day both in theaters and on HBO Max. Even though this will be easily the biggest movie to go down this route due to the incredibly rough circumstances caused by the pandemic, it will also still ensure that one of the most high profile movies planned will still come before the end of 2020.

Earlier social media posts arrived from both the movie’s director, Patty Jenkins, and its starring actress, Gal Gadot, expressing their unbridled joy to finally see this film go out to fans.

A new report has arrived, reiterating this excitement from higher up the Warner Bros. food chain.

A new report from Variety revealed that AMC Entertainment CEO Adam Aron is fully onboard with the plan to release Wonder Woman 1984 both theatrically and on HBO Max on Christmas Day 2020. Aron gave these quotes going into his thought process throughout the difficult circumstances:

"For many months, AMC has been in active and deep dialogue with Warner Brothers to figure out how best this cinematic blockbuster could be seen at AMC Theatres in these unprecedented times. Given that atypical circumstances call for atypical economic relationships between studios and theatres, and atypical windows and releasing strategies, AMC is fully onboard for Warner Brothers’ announcement today."

Aron concluded by saying “We hope movie lovers enjoy Wonder Woman 1984 during the holidays this year at AMC."

This decision was obviously a difficult one to land on with how much time and money Warner Bros. put into this movie, but with every major studio facing the same dire circumstances, this feels like the best move for all parties involved. Now, the movie will still release to fans in just over a month, and the studio will still be able to make some of the money back that it's anticipating losing due to lower numbers of fans in theaters.

The next few weeks should be the biggest burst of excitement the DCEU has had all year with the first new movie coming since February’s Birds of Prey. After multiple trailers and news articles detailing what's coming all year, the hype can finally start again for this exciting new DCEU sequel.