The DC FanDome panel for Zack Snyder's Justice League is arguably one of the most anticipated of the event and it is only a few days away. Because of this, Zack Snyder has been gearing up for the event, which is set to reveal its official name, detail if it will be a full-length film or split up into a mini series and debut an all-new teaser .

Zack Snyder has been sharing various images for his upcoming cut of Justice League, in preparation for his panel at DC FanDome this weekend. This has included an image of Wayne Manor, a sculpture being worked on by Diana Prince and a behind-the-scenes image of Gal Gadot suited up as Wonder Woman. The new cut of the film is currently set to premiere on HBO Max in 2021.

In a recent post, the director has continued his daily teases by showing off brand new footage from the upcoming teaser...

Zack Snyder has shared a new teaser for his DC FanDome panel on his official Vero account.

The short clip showcases brand new footage that did not feature in the theatrical cut of Justice League , including Superman looking upon a monument chalked with text and Victor Stone participating in a football match. The teaser ends with the Justice League touching down to face off against the Man of Steel. 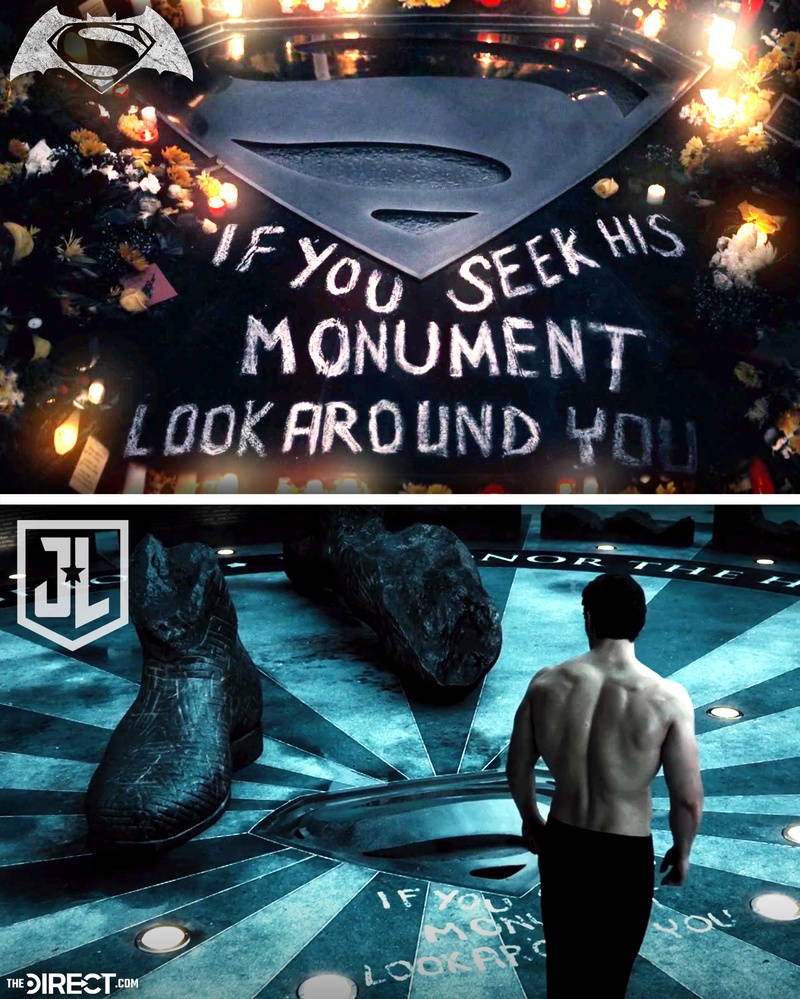 One of these new shots harkens back to Superman's funeral from Batman v Superman , where the message "If you seek his monument, look around you" is written on a monument dedicated to the Man of Tomorrow.

This new teaser should build excitement for fans, showing that the new cut of Justice League, and the footage that comes with it, will create a new experience.

One of the brief clips shown was hinted in a previous tease by Snyder, of Victor Stone on a football field prior to his transformation into Cyborg. This demonstrates that the new cut will be a deeper dive into Victor Stone's past, fleshing him out as a character. The use of this footage could also mean that the images chosen for the teases have been very deliberate, and could indicate that these originate from footage that will be used for the upcoming teaser to be shown off at DC FanDome. Therefore, fans could expect to see more of Wayne Manor and Diana Prince at her day job in the new teaser.

The shot of Superman looking upon his monument seems to be completely new, grappling with the impact that he has had on the people of Metropolis since his death.

The final shot of the footage was also teased in a previous post of Snyder doing pre-production work, where the shot in question is front and center . The shot did appear in the theatrical version of Justice League , but has been color-corrected to appear more muted and blue in tone. This shows that a lot of the visuals will be reworked for the new version, in order to create a cohesive, unified vision.

More footage from Zack Snyder's Justice League will be debuted at DC FanDome on August 22, 2020 at 5:45pm ET.