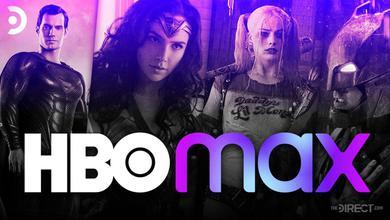 Prior to its launch two weeks ago, HBO Max looked to be the home of some of the hottest content, including HBO Originals, Studio Ghibli, and DC Entertainment. While there is already a dedicated DC Universe streaming platform in the US, with both HBO and DC coming under the Warner Media umbrella, fans assumed that all of the DC content would be made available on the HBO Max platform.

However, it was recently uncovered that a large portion of the DC films currently on HBO Max at launch would be leaving the platform on July 1st. The licensing of content for streaming services is constantly rotating, as new deals are made, and others expire, not to mention the complications for exclusive deals, and licensing to foreign territories. Having such a critical selection expiring so soon after launch is sure to be a tough blow for HBO Max.

According to an HBO representative via Brandon Katz on Twitter, HBO Max is set to rotate its selection of DC films, with all of them confirmed to return to the platform in the future.

"We have a collection of DC films that will rotate on the platform. We have a new batch coming in July and then another batch coming in August. And I have just confirmed that the batch that is on right now will be returning."

The initial few months after launch are critical for a new service like HBO Max to draw in subscribers. Disney+ succeeded with 10 million subscribers on the first day, launching off the back of it's hit Star Wars original series The Mandalorian. Having access to Game of Thrones, Friends, and Justice League all in one place is a huge drawcard for HBO Max, but with most of the DC films leaving the platform at some point over the next few months, fans who signed up exclusively for DC content are sure to be disappointed.

The silver lining here is that the DC library will eventually exist in its entirety on the platform, hopefully with the addition of the currently missing hit DC films, such as the Dark Knight Trilogy and Man of Steel. Not to mention the upcoming Snyder Cut of Justice League and a whole slate of new DC originals that are currently in development for the platform. As fans speculate whether the DC Universe streaming service is coming to an end, it would make sense for HBO Max to make all of it's DC content exclusive under the HBO Max brand once initial licensing deals expire.