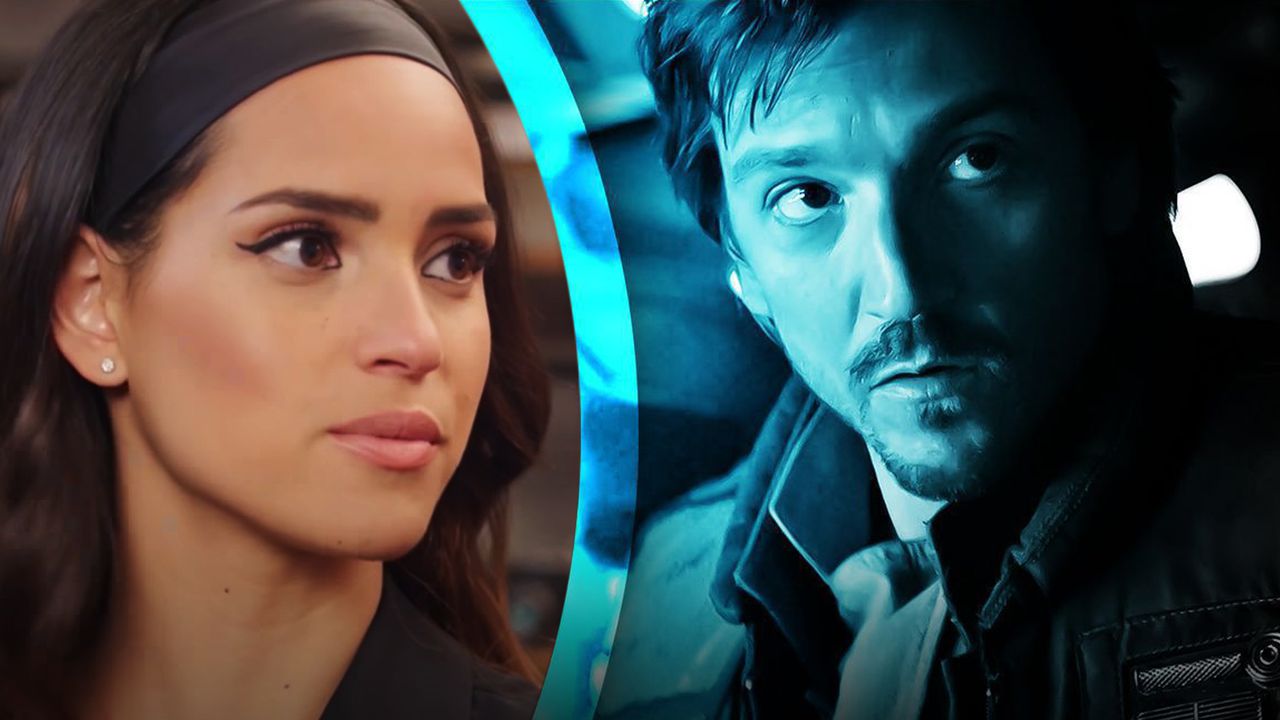 One of the exciting additions to the Star Wars franchise is the Cassian Andor Disney+ series. Set before the events of Rogue One and Star Wars: A New Hope, the show will reportedly follow the titular character as he takes on daring missions to restore hope to the galaxy.

Rogue One actor Diego Luna will reprise his role as Cassian Andor from the anthology film, and he will be joined by a wide array of A-listers. Production has yet to resume for the anticipated series, but Luna recently shared that "things are slowly going back" and admitted that there is no rush when it comes to resuming, citing the health protocols that still need to be mapped out.

It's a safe bet that Cassian Andor will flesh out Luna's character even more, and a new casting addition may shed some light on how it will all come into play.

In an exclusive report, Deadline has revealed that Adria Arjona will star opposite Diego Luna in a lead role for the Cassian Andor Disney+ show. Arjona previously starred in films such as Six Feet Underground and Pacific Rim: Uprising.

Details of who Arjona will play in Cassian Andor are still being kept under wraps. Regardless, Arjona will join the stacked cast of Cassian Andor which already includes Denise Gough, Genevieve O’Reilly, Stellan Skarsgard and Kyle Soller.

Despite playing the lead role for Cassian Andor, there's no word on which character Arjona will play in the series, but there's a good chance that she will serve as a member of the Rebel Alliance. On the surface, a potential romance between Luna's Cassian and Arjona's unnamed character could be explored, but the spy thriller vibe of the show could point to an alternate direction for the characters.

The Mandalorian is a prime example of lead stars not relying on the romance aspect of the plot, but instead diving into intense fight scenes and captivating team-ups. The same could be true for Cassian Andor and it could show a platonic dynamic between the characters of Luna and Arjona, which could be similar to the mutual respect between Gina Carano's Cara Dune and Pedro Pascal's Din Djarin.

Additionally, its possible that Arjona could be portraying the sister of Luna's Cassian, given that a previous casting call had indicated that the sibling would be present in the series.

As fans now know, Cassian Andor will focus on the early days of the Rebel Alliance during the height of the Empire's grasp in the galaxy.  The daring missions will provide interesting possibilities to explore throughout the show's, and it has the potential to elevate the characters in more ways than one.

No doubt, fans will get the chance to see Andor like never before, and Arjona's undisclosed character could help develop the titular character even more before the galaxy-saving mission of 2016's Rogue One.