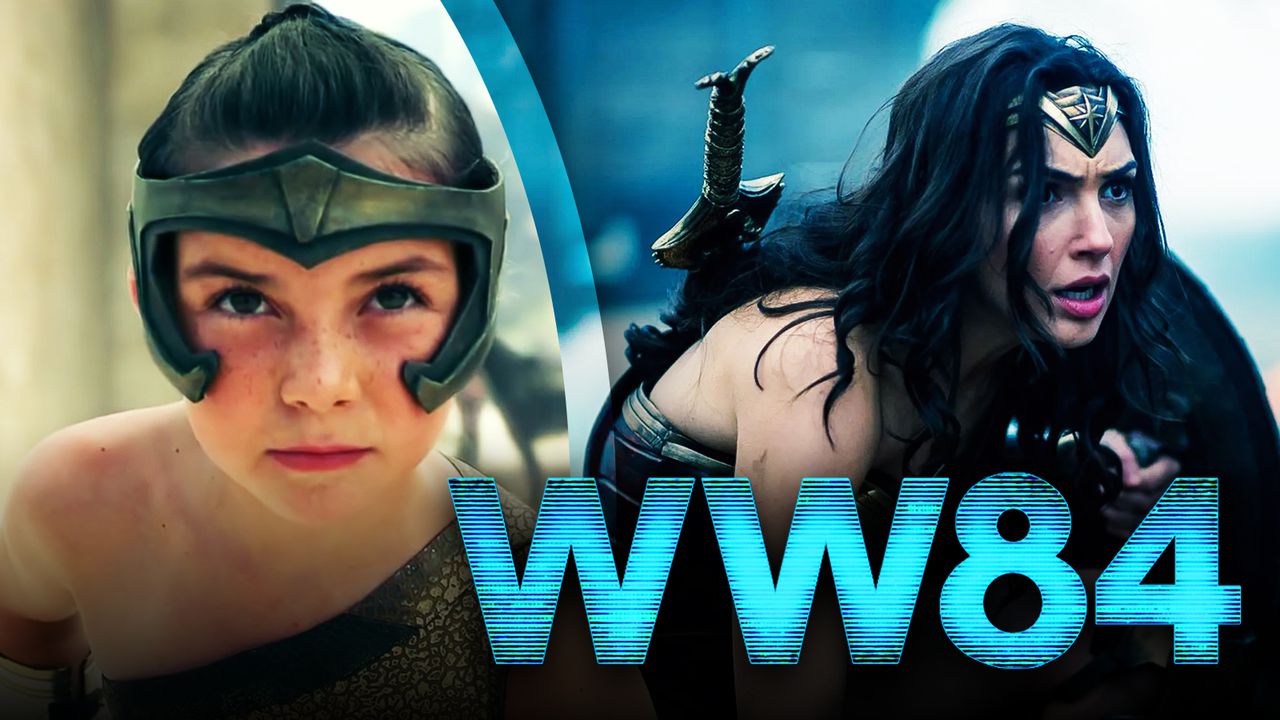 Wonder Woman 1984 was supposed to kickstart a new era for the DCEU, but the global pandemic derailed those plans. Originally slated to premiere last June, the sequel experienced numerous delays before settling into a Christmas day release later this year. Still, there are doubts that the current release date will stick, especially after a string of major blockbusters already moved to next year.

Regardless, the cast and crew of Wonder Woman 1984 are still optimistic that the film will be released on the silver screen later this year. Wonder Woman 1984 director Patty Jenkins recently stressed that releasing the film on a streaming platform is "not under consideration." Additionally, Jenkins hoped that the sequel will serve as "one of the very first ones to come back [to theaters] and bring that into everyone’s life."

Nevertheless, the marketing for the film is still ramping up. Previously, a slew of TV spots and posters provided fans with an in-depth look at the much-anticipated sequel. And now, a new interview with the film's lead star may shed some light on what to expect about the DCEU flick.

Vanity Fair shared exclusive details about the opening scene of Wonder Woman 1984. Parts of the sequence were already showcased during the opening moments of the film's trailer from DC FanDome, and it features the child version of Diana Prince participating in a "sort of Amazonian Olympics:"

"In the opening scene of Wonder Woman 1984, the child version of the warrior princess Diana Prince (played by 12-year-old Lilly Aspell, a prize-winning show jumper in real life) engages in a lengthy physical contest, a sort of Amazonian Olympics. It takes place on Themyscira, the magical island and all-woman city-state that is her birthplace. It’s a dazzling sequence from a technical perspective, with many impossible-looking feats executed on a grand scale, but what stays with you is the sheer athleticism on the part of a very determined-looking little girl."

While speaking with Vanity Fair, Wonder Woman star Gal Gadot opened up about her reaction upon seeing the opening scene, admitting that she "always get teary" watching it:

“Whenever I see this part of the movie, I always get teary—like good, excited tears. One of the biggest things that I believe is that you can only dream about becoming someone or something after you’ve seen it visually. And for boys—lucky them—they got to experience, since the beginning of the movies, that they were the protagonist, they were the strong ones, they saved the day."

Gadot also pointed out the importance of representation in Wonder Woman 1984, suggesting that the film serves as a way "to show them [girls] the potential of what they can be:"

“But we didn’t get this representation. And I think it’s so important—and of course it’s ultra-important for me because I’m a mother of two girls—to show them the potential of what they can be. And it doesn’t necessarily mean that they have to be athletic or physically strong—that too—but that they can be bigger than life.”

Lastly, the DCEU veteran also explained the difference between 2017's Wonder Woman and its sequel, describing Wonder Woman 1984 as "more about the danger in greed:"

"I think the first film was the birth of a hero.and this time around we wanted to go deeper in a way. It’s more about the danger in greed, and I think that it’s very relevant to the era that we’re living in nowadays. It feels like everyone is in a race for more, and when you get what you wanted there’s a new bar—and what’s the price? And do we lose ourselves in this crazy marathon?”

Based on the reveal, it appears that Wonder Woman 1984 will show another unique side of the Amazons right from the get-go during the opening moments of the film. The Olympic-type setting presents an opportunity to show Diana Prince's early semblance of competitiveness, and Gadot's remarks about being teary-eyed upon seeing that moment will definitely excite fans.

From a certain standpoint, it will be interesting to witness the ups and downs of Diana as a child before the sequel eventually jumps to the current status of the hero in the 80s. In a way, this serves as a good narrative tool to show the stark difference with regards to how the character evolved over time.

Just like any sequel, Wonder Woman 1984 is poised to elevate the Amazonian hero in surprising ways, but Gadot's comments indicate that the sequel will also serve as a beacon of hope during these uncertain times. The importance of representation within films has been part of a larger conversation in Hollywood, and it's nice to think that Wonder Woman 1984 will continue that trend.

Wonder Woman has long been a symbol of hope and strength for women, and the sequel will look to maximize that message by going deeper in terms of tackling societal issues through the perspective of the hero. Gadot's description about diving into the "danger in greed" clearly alludes to Maxwell Lord's evil scheme, and it will be interesting to witness how this conflict will be addressed throughout the film.

Whether or not Wonder Woman 1984 will experience another delay is another topic altogether, but Gadot's recent comments could add further hype to the much-anticipated sequel.