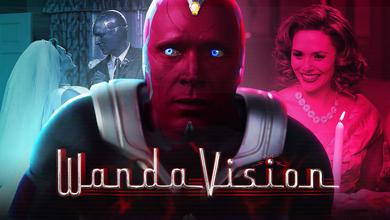 WandaVision recently made headlines after Marvel Studios surprised everyone when it dropped the show's first trailer during the Emmy awards. The live-action series has been confirmed to debut this December, but there's growing evidence that the Elizabeth Olsen-led show could premiere earlier than that.

Regardless, WandaVision is still poised to become the MCU's inaugural Disney+ series after The Falcon and the Winter Soldier was pushed back to next year. The first trailer of the show featured a stockpile of Easter eggs and references for fans to uncover while also providing a glimpse of the intriguing narrative that the titular characters will encounter.

Just like any trailer under the MCU umbrella, the sneak peek of WandaVision received positive reactions from both fans and those involved with other Marvel Studios projects. And now, another comment has surfaced straight from the show's lead star, providing more hype for the much-anticipated Disney+ series.

While quoting the reaction of Jay and Silent Bob star Kevin Smith, Vision actor Paul Bettany teased that WandaVision will get "more and more bonkers" when it debuts in the coming months:

It gets more and more bonkers. https://t.co/sxc7daqffw

Interestingly, this isn't the first time that Paul Bettany used the term "bonkers" to describe the weird and intriguing outlook of WandaVision. Earlier this year, Bettany described WandaVision as "fucking bonkers" after being asked on what to expect about the Disney+ series. In a way, Bettany's comment indicates that the alternate reality shenanigans that were showcased during the trailer are just the tip of the iceberg, and fans should expect more mysterious plot elements.

As audiences now know, WandaVision has direct ties to another MCU property in the form of Doctor Strange in the Multiverse of Madness. It remains to be seen how both properties will connect to one another, but Bettany's tease of WandaVision getting more bonkers should imply that it will be done in surprising ways.

Aside from the various sitcom realities and S.W.O.R.D.'s confirmed involvement, there are still a wide array of plot details that have yet to be addressed, such as the inclusion of Evan Peters to the growing cast as well as the show's rumored nine-episode count.

All in all, it is clear that WandaVision has a massive scope, and it's safe to say that there are many possibilities and directions in which the show could go to potentially change the landscape of the MCU moving forward.