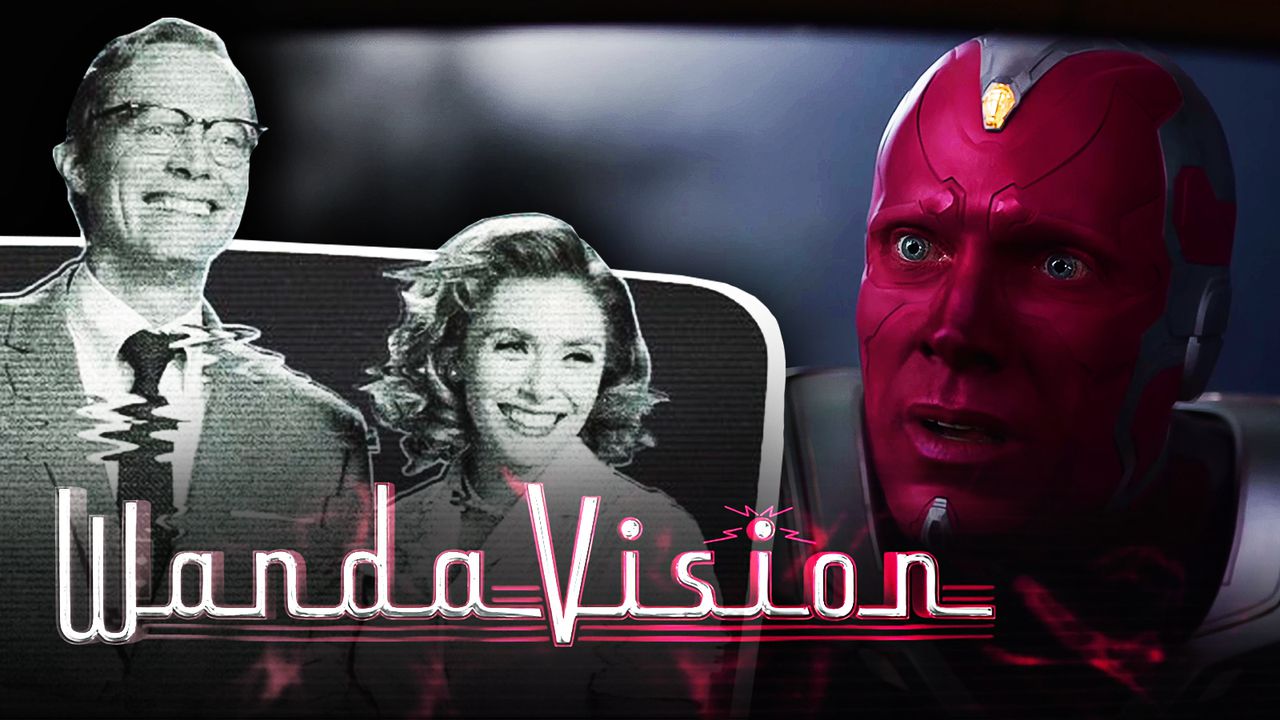 Over the past two weeks, there has been a flood of new promotional material and marketing leaking from WandaVision, despite it supposedly still being two months away from debuting on Disney's streaming service in December.

The first bit of promotion for the show to leak was a banner from Zazzle showing the happy couple in era-appropriate clothing with Wanda wagging her finger towards the viewer. Then even more released on Amazon for various clothes, featuring stylized artwork of the characters and setting inspired by 50s era sitcoms like Bewitched.

The second promotional image shows Vision and Wanda with wide smiles and accompanied by a quote saying "A love like you've never seen!" Both are confined to the insides of a stylized television screen with the logo for the show below them.

The final promotional image is a photo of Elizabeth Olsen as Wanda with a wide smile and staring directly at the viewer., which is actually used as a reference for the stylized shirt from Amazon.

So far, the vast majority of the promo images have focused squarely on the black & white era of the show's reality. While it isn't indicative of the time the show will spend in this reality or use this visual style, it seems to be what Marvel Studios plans to use marketing the show the most before its release.

Speaking of its release, for a show that's meant to release in December, there sure is a lot of promo images leaking so soon. This could point to the earlier rumored November release being true, which could explain why so much marketing has been prematurely leaking through online outlets and even Twitter fans.