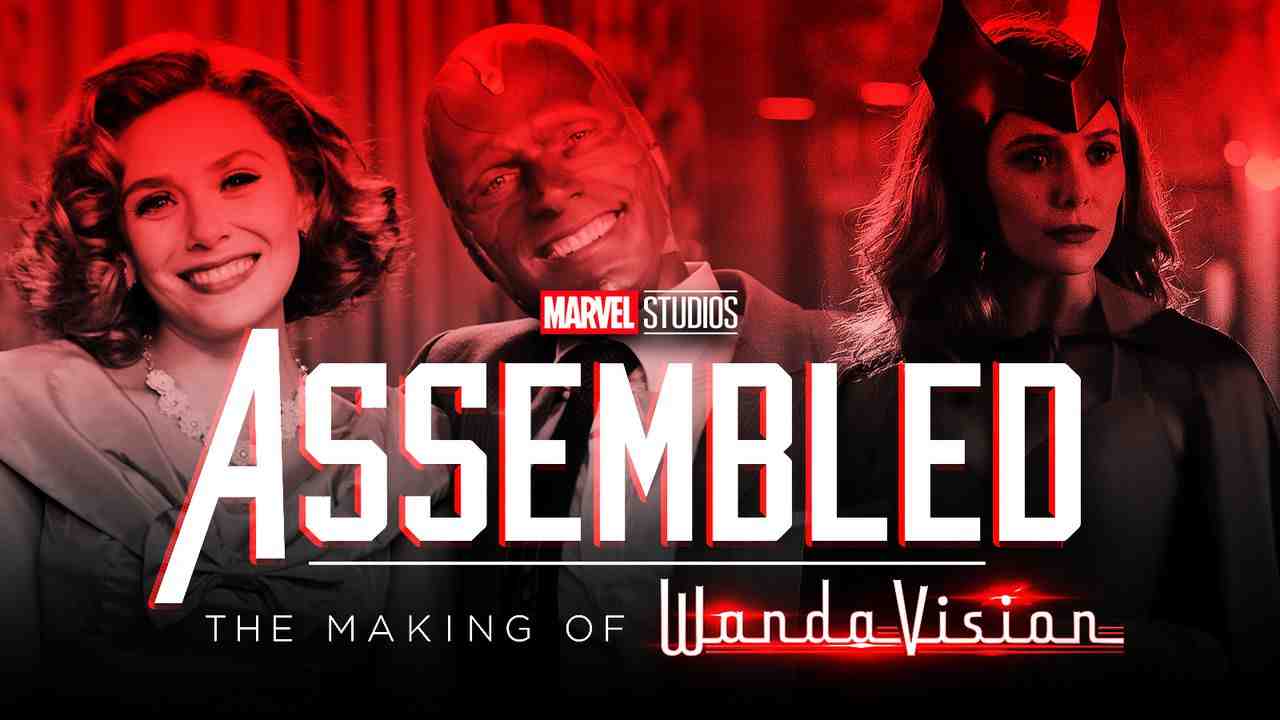 It's no secret that Disney+ will continue to be a big part of the future of the Marvel Cinematic Universe moving forward. The hit streaming platform plays host to a plethora of interesting projects from Marvel Studios, with the sole purpose of expanding the franchise's scope by introducing new characters and elevating other established MCU heroes.

WandaVision successfully kicked off the initiative last month, providing viewers with an intriguing storyline that revolves around Elizabeth Olsen's Wanda and Paul Bettany's Vision. So far, the series is showing impressive numbers, as evidenced by the growing fan support from social media and on Disney+ .

As the series enters its final stretch, an important announcement has surfaced that will affect the landscape of current and future MCU projects on the streaming platform.

Marvel Studios officially announced Assembled, a new documentary containing a series of specials that explores the behind-the-scenes of shows and movies of the Marvel Cinematic Universe.

The first special will focus on the making of the Elizabeth Olsen-led WandaVision , and it will premiere on March 12 on Disney+. The official title card can be seen below.

Murphy's Multiverse was the first to report about the planned documentary series for WandaVision last November.

AN INSIDE LOOK AT WANDAVISION

As is, this latest confirmation is good news for MCU fans everywhere. The arrival of Assembled will provide everyone with a unique opportunity to do a deep dive into the creative process behind numerous projects from Marvel Studios, and it should pave the way for the discovery of more interesting tidbits and secrets.

Given the mysterious nature of WandaVision , the Assembled special for the show will turn out to be a must-see. From the secrecy surrounding Evan Peters' involvement to the creation of the sitcom world of Westview, it will be exciting to find out how the series was built from the ground up. This is on top of the inclusion of multiple interviews with the cast and crew of the show.

Based on the announcement, it looks like Assembled will not just focus on the Disney+ series' of Marvel, but it will also explore the behind-the-scenes process of the franchise's slate of films. In a way, this should help viewers understand how the shows and movies will be connected to one another.

As the MCU embraces a new chapter, Assembled will open a new door of exploration for the franchise, and this should boost the excitement of many longtime fans.