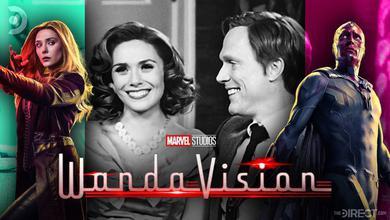 If one were to bet on the most ambitious MCU live-action series coming in the near future, WandaVision is a smart choice to land that title. All of the details known so far regarding the Disney+ show set to arrive later this year were given a boost this past week. In a scoop that surely had Marvel fans intrigued, it was rumored that Evan Peters was cast in a role in the upcoming show. The details have kept rolling in, as we now have confirmation that the android himself is returning (to the production set) in the near future.

In a Facebook post shared by Tampa Bay Comic Convention, it was confirmed that Paul Bettany is cancelling his scheduled appearance at TBCC due to filming for WandaVision, set for July. The news was confirmed via Bettany's representation.

We finally received word from Paul Bettany's representation, and unfortunately Paul had to cancel his appearance at TBCC...

The confirmation is a bummer for some and a plus for others. Paul Bettany having to cancel his scheduled appearance is a disappointment for fans at TBCC, but in a more positive outlook, at least the android himself has a good reason. With a recent update stating WandaVision had mostly finished filming, Bettany returning to Los Angeles proves to be a curious bit of news.

The rumor regarding Evan Peter's addition noted that he had been cast late last year and finished his scenes shortly thereafter. Could Bettany's return signal that his character is meant to interact in some shape or form with Peter's undisclosed character, thus the necessity for additional filming? December 2020 cannot come soon enough, if only we had a Time Stone to speed up the process.