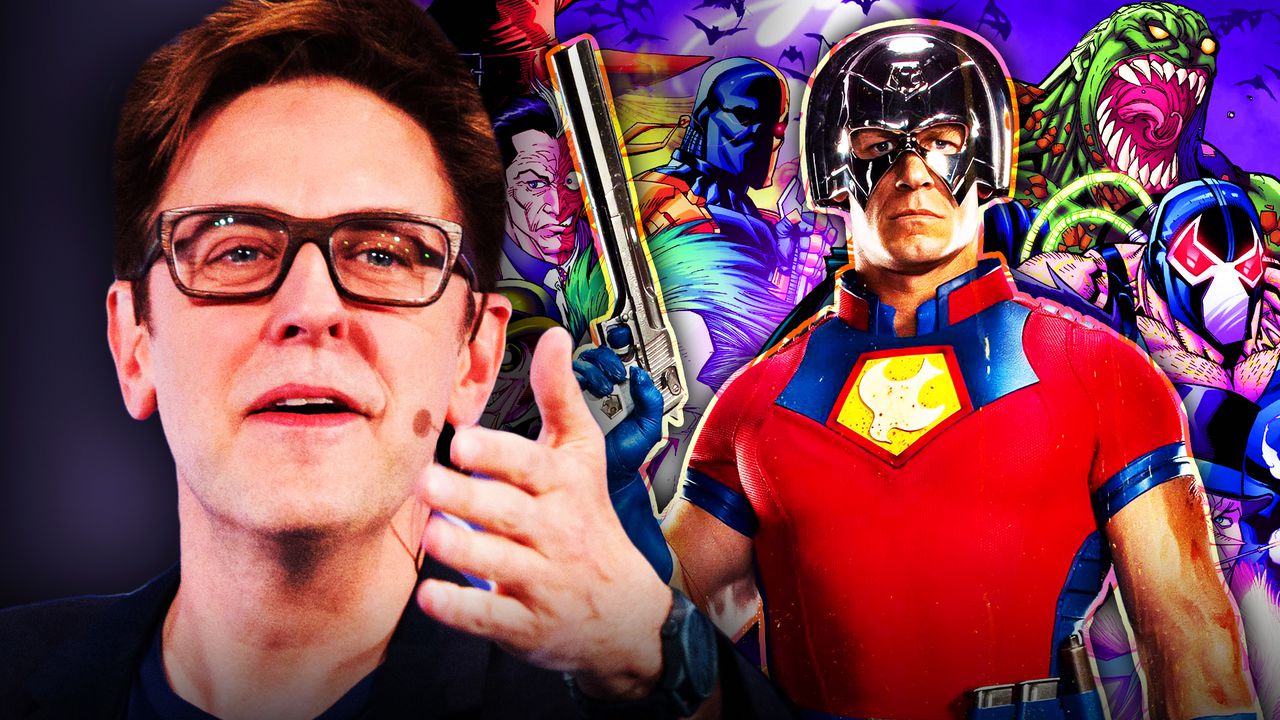 The critical success of The Suicide Squad left viewers begging for more Task Force X content. While the jury is still out on a tried and true sequel to James Gunn's take on the franchise, fans don't have to wait long for more of one of the film's most popular characters.

John Cena's Peacemaker will return this upcoming January in his spin-off series of the same name. Peacemaker is set to air eight episodes on HBO Max, all written by Gunn. The show is said to portray a story that revolves around Christopher Smith's origins before he started rocking his "beacon of freedom" helmet.

Everyone from Green Arrow to Green Lantern has been rumored to show face in the series. Gunn himself has personally debunked a number of reports, and it looks like The Suicide Squad director is just getting started.

Batman's heavyweight foe is remaining in the DCEU's vault, for now.

Peacemaker creator and director James Gunn took to Twitter to shut down a report claiming Bane would be included in his upcoming HBO Max series:

"Sorry to say your second exclusive scoop is incorrect. I don't know what your first scoop was, but hopefully you're batting 500, which isn't bad. Also, I love Bane, & I'm not opposed to Peacemaker getting his ass kicked, so who knows what the future could bring."

Gunn doubled down on debunking the rumor, reminding one doubtful fan that he "never lied to the fans about this stuff and never will." After another outlet claimed the Batman nemesis would show up in Peacemaker for a single scene, Gunn squashed the rumor once again:

"That would, by my definition, mean he was technically in the show. He does not show up at the end or anywhere and has zero lines."

While The Suicide Squad had a couple of popular characters among its ensemble and even more familiar faces that ended up on the cutting room floor , most were Z-List antagonists. Before August, characters like Ratcatcher II and Polka-Dot Man were hardly household names.

For that reason, it makes sense for Peacemaker to retain The Suicide Squad 's low-key spirit. Sure, Peacemaker 's Vigilante is a character that has shown up in The CW's Arrow before , but he's not close to Bane's level of recognizability. Including a bonafide A-List Batman antagonist like Bane could feel out of place in a series centered around relative unknowns.

It is worth noting that Dave Bautista, a close friend of Gunn's, campaigned to infuse his veins with venom in the past . Bautista said he believes he could "bring an interesting twist" to Bane that hasn't been seen on the big screen before. Considering the two have worked together regularly, it's not the craziest idea to think Gunn could one day direct Bane in a future DC project with Bautista in the mask.

For now, though, don't expect the big Batman baddie in live-action anytime soon.

Peacemaker is set to stream on HBO Max January 2022.