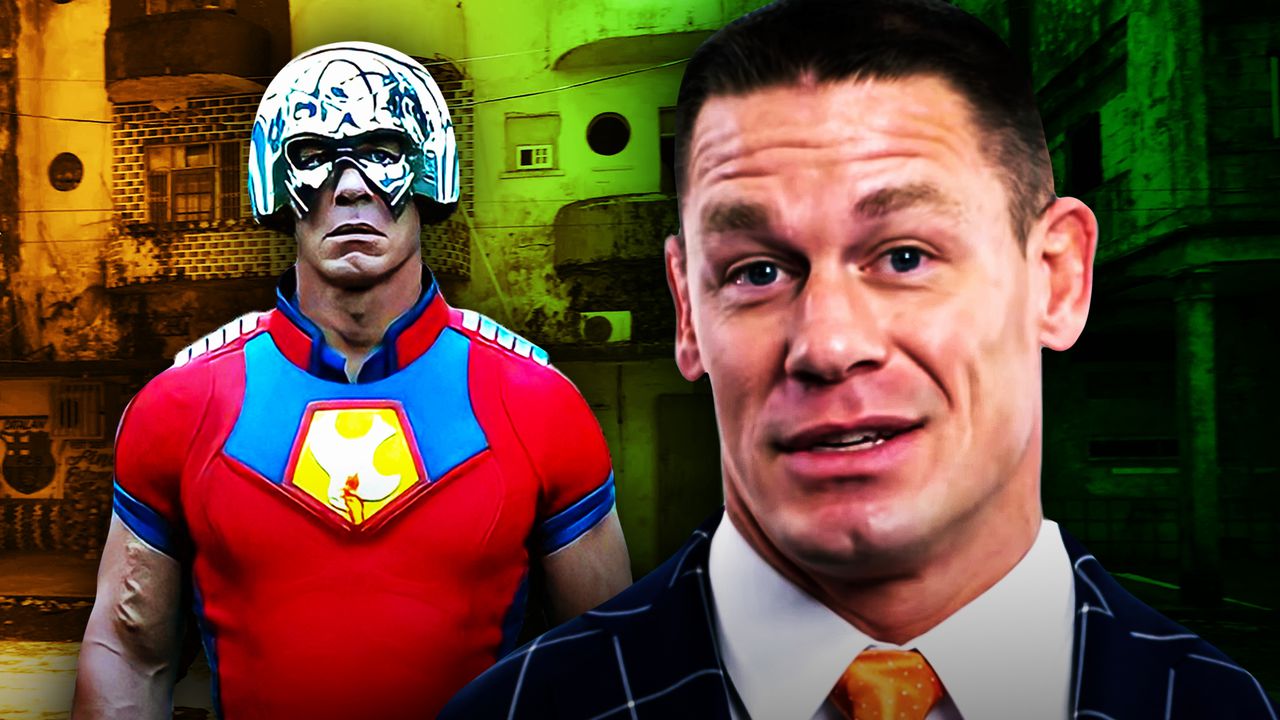 Even though The Suicide Squad has almost half a year to go until its release, writer and director James Gunn is already hard at work on a spin-off prequel series centered on John Cena's character in the film, Peacemaker.

The show was announced last September, when Gunn revealed that the project would release on HBO Max with an eight-episode run.

Peacemaker has since added quite a supporting cast to accompany Cena, including a few actors who will be reprising their roles from The Suicide Squad film.

The series already started filming in mid-January, and a recent batch of set photos hinted at a possible connection to the Green Lantern.

As filming on the HBO Max Original continues, more pictures from set are making their way online.

In a few new Peacemaker set photos from Canadagraphs and Just Jared, actor John Cena can be seen on location in-character as Christopher Smith/ Peacemaker.

A close-up of the character's car with a “PSS MKR” license plate can also be seen.

James Gunn has praised Warner Bros. for giving him the opportunity to creatively explore an absurd character for a ridiculous series set within The Suicide Squad's universe, and it definitely doesn't get any more absurd than a “PSS MKR” license plate.

With a lot of the show's details still being kept under wraps, it's exciting to get these little looks into Peacemaker's production. So although these photos don't reveal much, they only build more anticipation for everything this spin-off will have to offer.

Gunn has stated before that Peacemaker will delve into current issues “through the lens of this superhero/supervillain/and world’s biggest douchebag.” Seeing as how the series will follow a comic book character that's been referred to as a “douchey Captain America,” when it comes to dealing with real-world issues, Peacemaker might go on a quest for justice in a way that DC fans have never seen before.