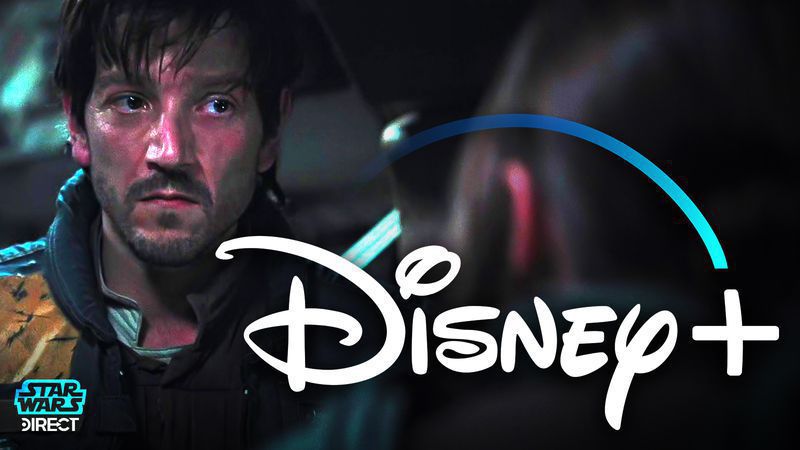 It's been a while since we've gotten any major Star Wars news, but there have been small updates on the various stages of production for the Disney + TV series. We recently reported that special effects supervisor Neal Scanlan had discussed the possibility of including characters from previous Disney-era Star Wars films into the Cassian Andor show. Since then, it was shared that the series' production had been pushed back in response to the COVID-19 pandemic outbreak, with the show's release still scheduled for 2021. However, Scanlan has now shared that there was some work done on the show prior to the delay, and actor Diego Luna has discussed the challenge of crafting a story that revolves around a character who's end is already known.

In an exclusive interview with ComicBookMovie, Neal Scanlan revealed that he and his crew had already completed about six weeks of work on the Cassian Andor series:

We just literally started about six weeks ago on the Cassian story until unfortunately the virus hit and we’re now all on lockdown. So, we’re trying to do the best we can from home.

Interestingly, he also mentions that there were a few Star Wars TV series he was getting ready to wok on before everything was delayed:

Originally, we were hoping to move into a few TV series... We were here in the U.K. about to start on a couple of shows ourselves, but they all unfortunately got bumped.

In a separate interview with IndieWire, actor Diego Luna discussed how they plan to approach telling the backstory for the now-dead Cassian:

The thing I can tell you, and it’s a nice challenge and it’s a great way to approach a show, but what happens when you already know the ending? Then it becomes about the story. Everything is in how you tell the story and how many different layers you can find. This can’t be a show now where at the end we surprise you with like, ‘Oh no it wasn’t him!’ We’ve already seen the ending.

He likened the effort to the manner in which Rogue One's story was told:

If you think about it, ‘Rogue One’ started with the same task. The last scene of ‘Rogue One’ is a scene we all know. It makes another part of your brain work [as a storyteller]. You can’t use the same formulas for storytelling you’ve known all your life with this because it’s very different. The big thing is now we start with a character that people already know what he’s capable of.

Although it's not all too surprising, hearing that pre-production work for the series had been underway is a relieving thing to hear. The Cassian series was announced in late 2018 and has had a slow build up to production, so it's nice to hear from Scanlan that things were going as planned before the virus. One can only hope that the virus ordeal is resolved sooner rather than later and the production for the series can get underway shortly. His comments about working on multiple series is very interesting. Obviously he doesn't have his hands full with any Star Wars films at the moment, allowing for him to dedicate more time to the streaming shows. The questions then arise: how many and which ones? The Mandalorian seems to be off the table, as he isn't involved in that project (at least not the very first two seasons). Perhaps he was also preparing to start work on the Obi-Wan Kenobi series? That show's release was announced to be set for 2022 with production scheduled for January 2021 following some turnover at the writer's position, and is expected to be no more than six episodes in length. Maybe there are other series in the works that we haven't heard about? Always in motion is the future...

Hearing from Diego Luna is always fun. He was a great addition to the Star Wars family when Rogue One: A Star Wars Story hit the big screens, although his character bit the big one at the end of the film. The announcement of a show revolving around Cassian was a surprise, to be sure, but a pleasant one, giving us an opportunity to see a spy thriller set in the galaxy far, far away. While it's fairly obvious that there can't be any major twists for Cassian given that his end has already been shown, there's a lot of room to show how he grew to the point where we find him in Rogue One. The show provides an opportunity to add a lot of depth to the character who had been in the fight for freedom since the age of six, and there are plenty of ways his rise to the position we find him in within the Alliance can be shocking. He made a great point about Rogue One, as we already knew that the Rebels were going to succeed in stealing the Death Star plans, but the story was still told in a compelling, suspensful manner. The writers have a unique challenge on their hands, but if the show ends up being on-par with Rogue One, we're in for a treat. 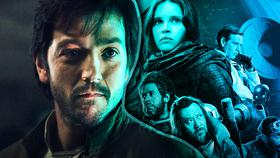 When do you think we'll see the first season of the Cassian Andor series?