Since the launch of Disney's streaming service, Disney+, the company has slowly been adding movies one after the other. While fans were initially worried about the surprising lack of MCU movies, they just had to wait it out until the streaming license deals with other streaming services like Netflix finally expired.

In fact, all the Disney MCU movies would have been available by July 29, but one was delayed to today, August 14 .

Alongside multiple other announced releases today for Disney+, Marvel Studios' Ant-Man and the Wasp will finally join the rest of the collection of MCU movies, according to an official announcement from Disney+'s, Instagram account: 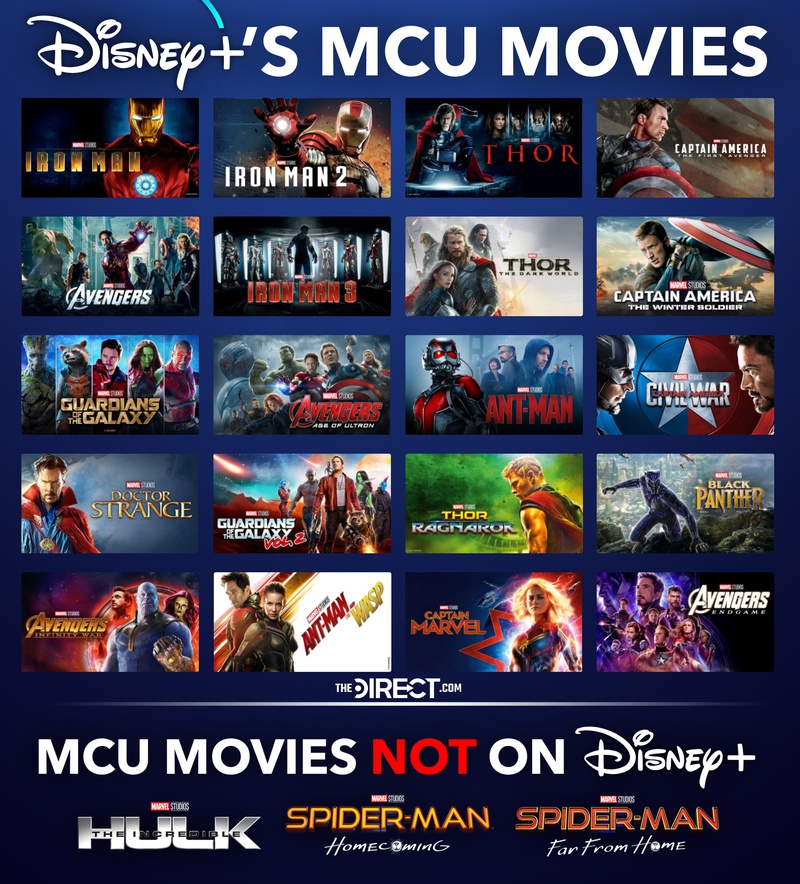 With the addition of Ant-Man and the Wasp , this now means that every MCU movie that can be added has in fact been added. The only three movies missing are The Incredible Hulk , Spider-Man: Homecoming , and Spider-Man: Far From Home . This is primarily due to Disney not being the distributors of these movies and thus unable to legally add them to their streaming service.

Disney could always buy out the distribution rights from Universal, but, if it hasn't been added already, it probably won't be for the foreseeable future. While it has been rumored for months that Marvel Studios has regained the rights to the character from Universal , it doesn't mean that they have the distribution rights for The Incredible Hulk.