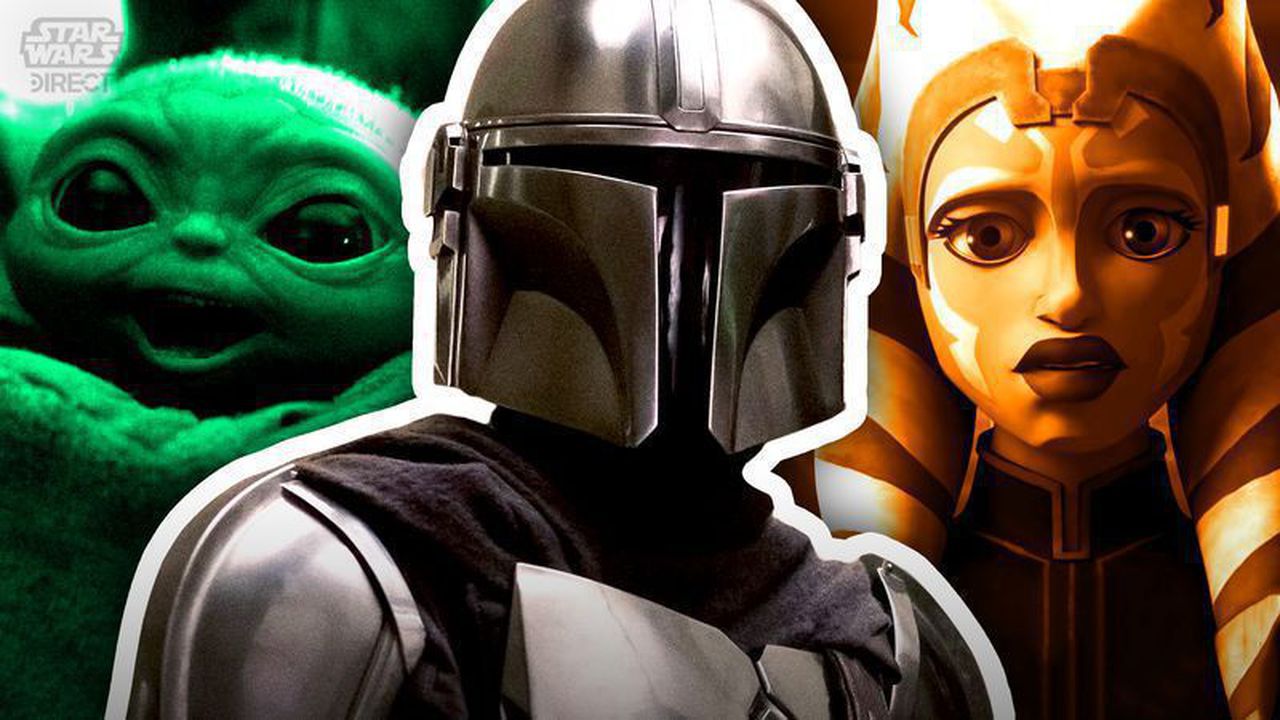 In November 2019, Disney launched their streaming service Disney + with Star Wars flagship show The Mandalorian. Set between the events of Return of the Jedi and The Force Awakens, the series follows the adventures of bounty hunter Din Djarin as he completes high risk jobs across the galaxy.

The show was an instant hit for Disney, in part due to the hype that skyrocketed when the first episode introduced the show’s breakout star, The Child, known to most as Baby Yoda. As the first live-action Star Wars television series, The Mandalorian exceeded expectations and a second season was quickly announced.

Since then fans have been lying in wait for any scrap of news to help the time pass until season two premieres later this year. Here at The Direct we’ve compiled everything you need to know about The Mandalorian Season 2 and where it could be going.

Just one day after the first episode of The Mandalorian was released, the series' creator and executive producer, Jon Favreau, posted an image from the set of the show’s second seasonthat confirmed that a new season was not only in development but already shooting.

The day after The Mandalorian’s season one finale, Favreau then announced to eager fans that Season 2 would be arriving in Fall 2020. Less than two months later in February 2020, then-Disney CEO Bob Iger confirmed that the second season would be premiering in the October 2020, 11 months after the series premiere last year.

There’s been no word yet as to how many episodes will make up the second season or who the assembled writers are, but it’s safe to assume it will be similar to the eight episode order of the first season. Jon Favreau penned most of the scripts for season one and is confirmed to be the executive producer on season two. Additional writing credits went to directors Dave Filoni (Star Wars: Clone Wars) and Rick Famuyiwa (Dope) for their episodes and Christopher L. Yost, writer of Thor: The Dark World and Thor: Ragnarok, also scripted an episode of the first season.

Some exciting pieces of casting that have been reported on include the announcement that fan-favorite Star Wars: The Clone Wars and Rebels animated character Ahsoka Tano would make her live action debut in The Mandalorian played by Rosario Dawson (Marvel’s Daredevil, Luke Cage). Ahsoka Tano is known for being Anakin Skywalker’s apprentice in The Clone Wars and can be seen in the currently airing seventh season of the show. Dawson’s casting is reportedly as a guest in an unknown number of episodes of The Mandalorian, and this episode(s) is rumored to serve as a backdoor pilot for Ahsoka's own series on Disney+.

In recent casting news, Terminator actor Michael Biehn was also announced to have a role in the new series. He is reported to be playing another bounty hunter from the Mandalorian’s past. Bill Burr, who played Mayfeld in the sixth episode of The Mandalorian, is also set to return.

All other casting announcements are under wraps for now, but Iger did hint that Disney is looking at infusing The Mandalorian with more characters that could spawn their own series.

For a high profile show like The Mandalorian, the episode directors are just as important as the cast. Season 1 attracted big names like Taika Waititi (Thor: Ragnarok) and Deborah Chow, who is now helming the Obi-Wan Kenobi streaming series that is still in development. So far for season two, the directors confirmed are EP Jon Favreau, cast member Carl Weathers (Greef Karga), season one director Dave Filoni and blockbuster director Robert Rodriguez (Alita: Battle Angel).

Rumors have been circling around what other directors could be helming the remaining episodes, including whether season one directors Bryce Dallas Howard (Jurassic World) or Taika Waitit could return.

Shooting on The Mandalorian’s second season was confirmed to have wrapped on March 9, as indicated by an Instagram post from cinematographer Baz Idoine.

Despite the early wrap date, The Mandalorian has a unique shooting style that is visual effects heavy which requires many months of post production work to be competed before the series is ready for release.

Hopefully, now that filming has completed, its scheduled release won’t be impacted by COVID-19 if post-production workers can continue their work at home.

For those that have forgotten, Season 1 of The Mandalorian ended with some significant developments. Here’s a recap of the major cliffhangers:

The Mandalorian and Baby Yoda escaped Nevarro and the clutches of the empire after the heroic sacrifice of IG-11. Before this, the Mandalorian Armourer told Din Djarin that The Child was a foundling and by the creed it is in his duty of care. He decides to seek out Baby Yoda’s origins and they take off into the galaxy unknown.

Greef Karga and Cara Dune choose to remain on Nevarro to make sure the remaining Stormtroopers have been dealt with. Greef assures the Mandalorian he is welcome back to the bounty hunters guild and also tries to recruit Cara Dune.

Moff Gideon was last seen crashing and burning in his TIE fighter after a battle with the Mandalorian. However, it seems he may possess some force powers of his own as he climbs from the wreckage wielding a black lightsaber.

So, what does all this mean for season two?

Who is Baby Yoda?

Everyone’s favorite child is still an enigma wrapped in a mystery of adorableness at this stage. But season two may provide some answers to the species of which we’ve only seen three characters: Yoda, Yaddle and The Child. All these characters have demonstrated significant connections to the Force, meaning we could be about to learn more about the origins of the force and the Jedi. Baby Yoda also exhibited both healing and force-choking powers during the series which begs the question: Which side is The Child on? Could he grow up to be a Jedi, a Sith, or something else entirely?

Ahsoka Tano has been a huge part of Star Wars history on the animated side, but now that her live action debut has been confirmed it opens up many exciting potential pathways for season two. Despite having turned her back on the Jedi, Ahsoka is trained in the ways of the Force and could be a potential mentor for Baby Yoda in season two. Her history as a Jedi could also cause some tension between her and the Mandalorian after she was directly involved with the Siege of Mandalore that led to the destruction of their homeworld.

The last we saw of Ahsoka was in Star Wars Rebels, where she was assisting Mandalorian warrior Sabine Wren to track down their lost friend Ezra Bridger after the Battle of Endor. There’s speculation that Sabine Wren may also make a live-action appearance in The Mandalorian due to her connection to the infamous Darksaber.

The Darksaber and Moff Gideon

The reveal that Moff Gideon not only survived the end of season one but also possessed a black lightsaber had a lot of people asking, what in the galaxy is that? The Darksaber, as it’s known, was the weapon wielded by the first Mandalorian Jedi, Tarre Vizsla. According to the Mandalorian way, the saber can only be claimed by defeating the previous owner in battle. The darksaber has had many owners, most notably Darth Maul and Sabine Wren.

The Darksaber now being in the hands of Moff Gideon not only makes him a formidable villain, but also opens up an opportunity to see more of his backstory. How did he acquire that Darksaber?

Another important question to ask - what does Giancarlo Esposito's villain want with Baby Yoda? After the Mandalorian delivered The Child in Episode 3 of the first season, fans witnessed The Client ask his doctors to “extract the necessary material." This could be their attempt at extracting the midichlorians from Baby Yoda to replicate his force powers, or maybe it’s a more sinister attempt to clone The Child completely. This could be a way to seed the re-emergence of cloning in the galaxy after the clone troopers while also possibly leading in to the reappearance of Emperor Palpatine in The Rise of Skywalker.

And lastly, how does Moff Gideon know the Mandalorian? We heard him reference Din Djarin by name in the finale implying that he and the Mandalorian have history. Hopefully we’ll see more of their backstory in the new season.

Will We See Other Major Star Wars Characters?

The Mandalorian fills a void in the timeline between the original and sequel film trilogies, leaving plenty of opportunities for more canon characters to appear.

One fan favorite theory is that Boba Fett somehow survived being swallowed by a Sarlacc in Return of the Jedi and was the mysterious figure approaching bounty hunter Fennec Shand (Ming-Na Wen) at the end of episode five. Considering Boba Fett is the other famous Mandalorian character in Star Wars, it would be fitting to reintroduce him here.

Also somewhere between the events of The Return of the Jedi and The Force Awakens, we know that Luke Skywalker starts to train a new generation of Jedi. With Mando and Baby Yoda seeking the foundling’s homeworld, perhaps it's possible we could learn more about the origins of Luke’s Jedi Temple.

It’s hard to deny that now is a great time to be a Star Wars fan right now. Disney’s takeover of the franchise has resulted in five new films and now a slate of new TV series, and The Mandalorian is just the beginning.

Keep an eye on The Direct for all your The Mandalorian Season 2 news in the lead up to that October premiere.