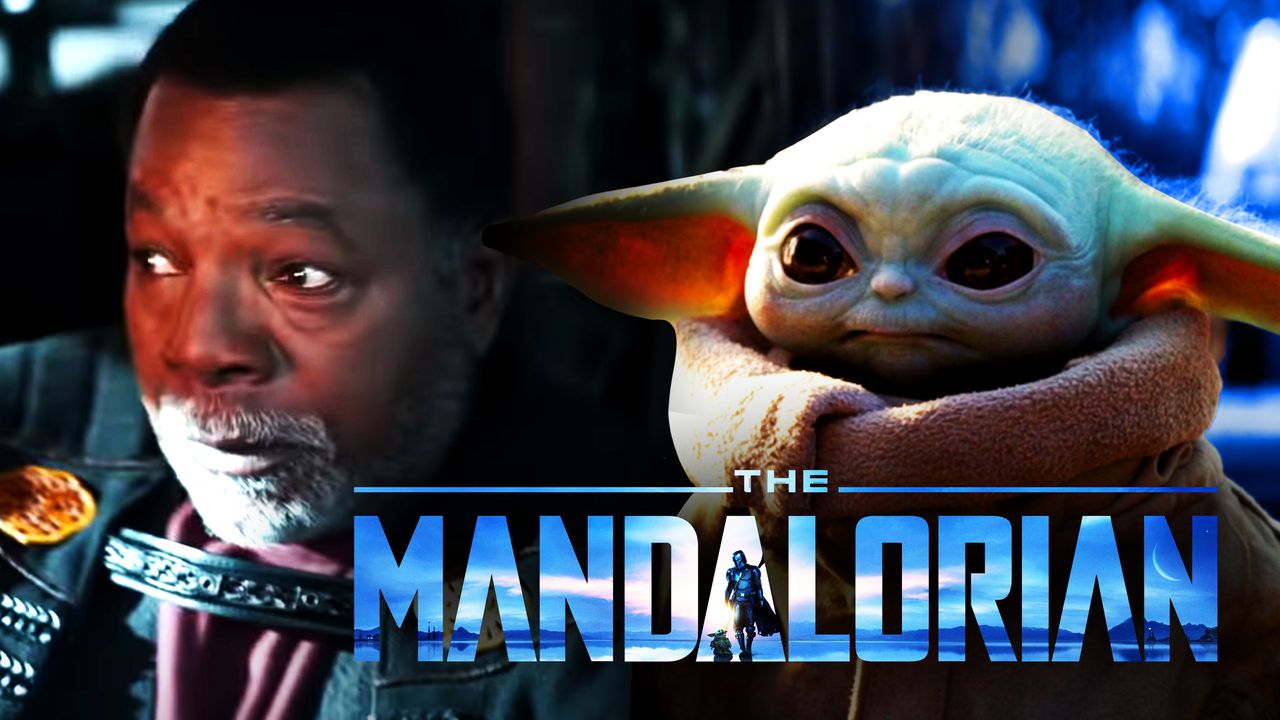 For those counting, that's next week. The release of Season 2 has been a long time coming, and it's finally knocking on the door. Earlier in the month, the first trailer was surprisingly released on a random Tuesday, alongside an exclusive poster. In the following weeks, several TV spots were dropped to further build excitement.

It's hard to believe, but it's five years to the day that the final trailer for Star Wars: The Force Awakens premiered on Monday Night Football. It's unlikely that the hype of that time will ever again be achieved, but The Mandalorian is special in its own right. After a long and painful wait, it's finally time for another tease for Mando and Baby Yoda's continued journey...

The second trailer for The Mandalorian Season 2 has debuted on ESPN's Mondy Night Football. The trailer can now be enjoyed online below:

While it was unfair to expect the trailer to reveal the entire plot and spoil all of the big moments, it didn't really show much of anything. By and large, what's in the trailer is stuff that's already been revealed, whether that be in the first trailer or the onslaught of TV spots that followed.

The trailer opened with the Razor Crest being pursued by two X-Wings, a continuation of shots we've seen before. Only this time, we see the final result: a crash landing for Mando. We see Din Djarin spend some time repairing the mighty ship, and the landing sight appears to be the ice cave that has been discussed at length since the first trailer.

As for the rest of the trailer, it's essentially an extended look at what we already know. Mando and Baby Yoda return to Navarro to enlist the help of Cara Dune and Greef Karga, who clearly agree as we later see them in previously seen shots as the group infiltrates and fights out of an Imperial base.

Now to address the Bantha in the room: no Ahsoka. Word had gone around that a sequence was shot with the character specifically as a stinger for a trailer, and evidently that's not case. In all honesty, that was probably a good thing. Ahsoka's live-action debut is something that should be experienced in the heat of the show, not at the end of an MNF trailer.

Of course, there were many other characters notably absent. If the heavy rumors are true, Boba Fett should be appearing in the show. As well as Captain Rex. And Sabine and Bo-Katan. But those reveals will have to wait until their episodes come around. In the trailer, Mando mentions that he's in search of other Mandalorians that could help him in his quest. This seems like a subtle tease for some appearances to come.

Did this trailer generate a great deal of hype? Not really. Did it need to? Probably not.

It's disappointing for fans because we're always looking for as much content as possible, but the reality is that we're not the target audience for this trailer - that would be the people needing to subscribe or re-subscribe for Disney+.

As we've seen over the last three years, Lucasfilm and Disney have chosen to hold their cards close to the vest with their marketing, a strategy that at least worked for hiding Baby Yoda in Season 1. While the unspecial look is annoying, The Mandalorian Season 2 will be here late next week, and any disappointment over the trailer will be long forgotten.