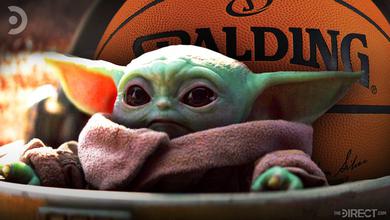 With the second season of The Mandalorian set to launch on Disney+ this October, many are wondering when they can catch their first glimpse at the upcoming season.

The show is making a surprisingly quick turnaround, returning to the small screen only a year after its initial debut. The series' high quality paired with fan praise and critical acclaim has led to The Mandalorian gaining award recognition, receiving 15 Emmy nominations including one for 'Outstanding Drama Series".

Details surrounding the plot of the next season are scarce, although Giancarlo Esposito has shared several pieces of information regarding his character of Moff Gideon. Esposito teased the idea that his character may have some yet-to-be explored ties to The Force. The actor also elaborated on Moff Gideon's possession of the Darksaber revealed at the end of the first season, saying that it is "a key to Moff Gideon’s past."

A new rumor seems to provide some insight as to when fans can look forward to seeing more from the much anticipated series...

According to LRM Online, a trailer for The Mandalorian Season 2 is rumored to premiere amidst the first round of the NBA playoffs. This is reportedly set to take place on August 21st or 22nd, which coincides with when Star Wars Celebration would have previously been held prior to its cancellation.

If true, this rumor does make sense when looking at the original timeline of events, as it lines up with when a trailer would have almost definitely been shown off anyway at this year's Star Wars Celebration. With that event now being postponed for a few years, Lucasfilm will likely opt for a more casual release of the trailer online for all to see.

LRM Online adds speculation that adds to the likelihood of this rumor, as Disney has had a trend of releasing their own trailers to counteract those of Warner Bros. New footage from a much anticipated show could be just the thing to draw attention away from the DC FanDome event.

This becomes all the more likely considering the fact that The Mandalorian Season 2 is one of the few upcoming Disney releases to both be close to completion and have a definitive release window. Therefore, Disney can release this trailer in confidence, knowing that they can meet their expected release and thus allow fans to get reasonably excited for this.

Even if a new trailer does not release later this August, fans can still expect The Mandalorian Season 2 to launch this October.