'The Mandalorian': Bill Burr Comments on Whether or Not He's Reprising His Role in Season 2 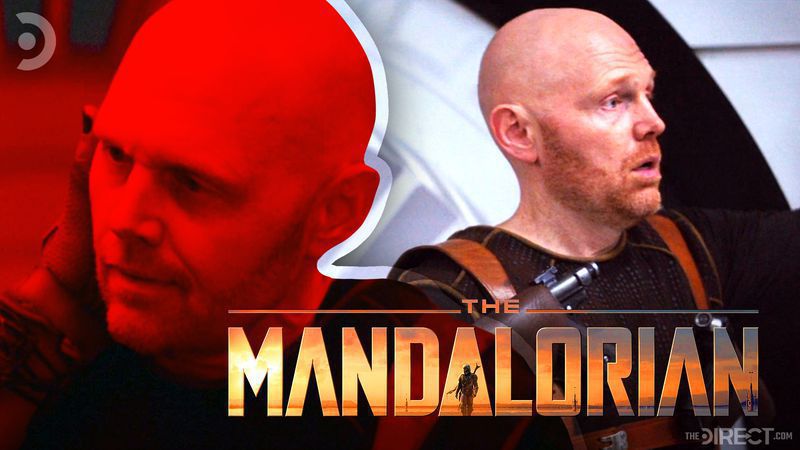 As season 2 of The Mandalorian quickly approaches, we're still trying to piece together who will appear in the show and in what capacity. The reported cameos of several fan-favorite characters from the animated projects, as well as the return of the infamous bounty hunter Boba Fett, have been well-documented. However, much remains to be seen in regards to returning players from the first season.

A few months back, we passed along a report suggesting Bill Burr would be returning to The Mandalorian, reprising his role as Mayfeld. Little was known about the nature of the character's return, but various reports have indicated that fellow bounty hunters will play a big role in Mando's story. It now appears as though Mayfeld can be scratched off that list, as recent comments from Burr seemingly put a lid on any appearance in season 2...

During an interview with Vulture, comedian Bill Burr said he won't be appearing in the second season of The Mandalorian:

Anything else on the horizon? Any more Mandalorian or maybe Better Call Saul?

"No, none of that. Once these two things [King of Staten Island and F Is for Family] come out on the same day, the well is dry. I got nothing. So we shall see."

For all we know, this could easily be a fib on Burr's part. He wasn't allowed to discuss his casting for the first season until he appeared in the trailers, and this may again be the case if Lucasfilm is looking to avoid spoilers for the story. Rick Famuyiwa wrote and directed Chapter 6: The Prisoner for season 1 and has already confirmed he would be doing the same for the second season, so there's a chance his next episode could actually be a continuation of the plotline that included Burr's character.

When we last saw Mayfeld, he was stuck in a cell on a New Republic Prisoner Transport, paying the price for betraying Mando. The survival of Mayfeld, as well as Xi'an and Burg, left the door wide open for their return as they would naturally find a way to escape and seek revenge. While Burr's comments spell bad news for Mayfeld's return in season 2, Star Wars fans have gotten used to contractually obligated denials by participating actors, so hope still remains for the tri-blastered mercenary.