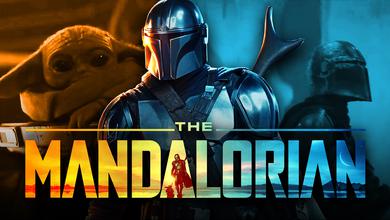 With each passing moment, The Mandalorian season 2 becomes more our servant.

The hype machine for the second season is in full swing, generating excitement for the first big Star Wars project since this spring's final season of The Clone Wars. The release schedule for the full season was recently announced by Disney, and a set of four character posters were unveiled early Monday morning.

So what's next? There's already been one trailer for season 2, released several weeks ago as a bit of a surprise. The last time character posters were shared for season 1, the series' second trailer debuted later that night on Monday Night Football. Could that be the case again? To satiate our hunger for more footage, a new social media post has given us a new look at what's to come...

The official Twitter account for The Mandalorian has released a new TV spot for season 2. The footage can be seen below:

There isn't too much to dissect here, as the majority of the footage was already featured in the first trailer.

The TV spot opens with a new establishing shot of Mando and the Child racing through the desert of what is presumed to be Tatooine, on a mission that may or not involve a certain notorious bounty hunter. We later see Mando firing his blaster at something in the ice cave, as well as a new shot of Baby Yoda and an expansion of the melee at Fight Night.

Impending releases of major Star Wars projects are always so fun. Fans spend weeks and even months devouring singular new shots, and in just over two weeks the floodgates for The Mandalorian season 2 will open. Until the next trailer and the season itself, the next thousand TV spots will help drag us across the finish line!