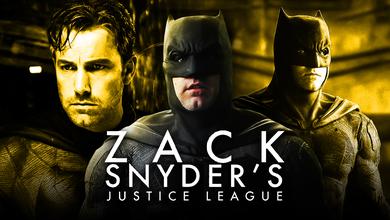 Zack Snyder has certainly made his mark on the DC Universe, having directed 2013's Man Of Steel and Batman v. Superman: Dawn of Justice which released three years later. Of course, as fans know, Snyder was in the middle of his directing work on Justice League when a personal tragedy forced him to exit the project.

The Avengers director Joss Whedon was brought in to finish the film and the end result was drastically different from what Snyder had intended the movie to be. So now, Snyder has been given the opportunity go back and complete his version of Justice Legaue.

Part of this process has involved getting certain actors back who appeared in the theatrical version of the film so that they can film new scenes.

Speaking to Beyond the Trailer, Zack Snyder touched on various topics related to his in-progress cut of Justice League.

Snyder says of Ben Affleck returning to the role of Batman and wearing the costume again:

I think he forgot how uncomfortable it is, but that's fine. He was incredibly gracious and again it's funny how they just [snaps fingers]

Snyder also spoke on finding and reusing some of the orignal costumes from the 2016 shoot for these reshoots.

A couple of the costumes, y'know, have been in archives for a while... They were all over the place, in museums and stuff and we had to tear 'em out of there. Y'know, I think one of the cowls was put on and just kind of like ripped in half.

He added that any changes he wanted to make to the looks of a given character were "seamless" and came together "really organically."

It's interesting that the production team would choose to utiize the old costumes from back when Snyder was filming his initial version of Justice League in 2016. However, this was likely done as a cost-saving measure as some of these costumes are incredibly expensive to fabricate.

Also very cool to hear is that Ben Affleck was reportedly "incredibly gracious" about returning to the role of Batman and putting on the suit again. Ever since Affleck's Bat-return was announced for both the JL reshoots and Ezra Miller's Flash movie, fans have been clamoring for more Batfleck, with some calling for an HBO Max series with him as the lead.