The Mandalorian Season 3 Is In Development 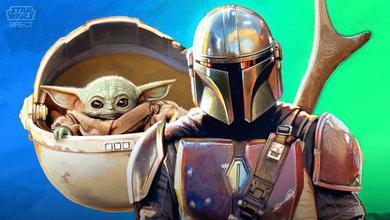 The Mandalorian smashed into our galaxy last November and became an overnight hit with Star Wars fans worldwide. A Disney+ documentary series for the first season is set to launch on May 4th, followed by the currently scheduled release of Season 2 in October. There have been various reports about characters set to make appearances in the second season of the series, including the long awaited live-action debut of Ahsoka Tano, and Giancarlo Esposito has teased that the villainous Moff Gideon will have a much expanded role as well. There are few details available regarding the story of the second season, but as fans wait for more details Lucasfilm is already looking farther ahead. While the second season of the hit TV series has yet to drop, it appears work has already been started on a third season for the popular show...

An exclusive piece by Variety reports that a third season of The Mandalorian is currently in early development. Those involved with the series have indicated that the script for the season is in the process of getting complete:

[Jon Favreau has been] writing season 3 for a while.

Additionally, sources have stated that concept art is currently being drawn up:

[(Lucasfilm VP and Executive Creative Director) Doug Chiang] has been creating concepts for the past few weeks.

A source close to the project shared that pre-production is now under way:

We’ve just started pre-production and are looking into further adventures for the Mandalorian in Season 3.

Clearly Disney is pleased with what they've seen from The Mandalorian Season 2, as this is an early timeframe to greenlight another season. The Mouse acted similarly in approving a second season well in advance of the debut of the first, and their confidence in the show was rewarded - the first season of the show was a global success. It's impossible to speculate about where the story could take us, because we know next nothing about the second season's story at this point. But one thing is becoming clear: this show is going to be here to stay.

A million fans cried out in terror and were suddenly sillenced when Star Wars: The Clone Wars was cancelled abruptly following an emotional fifth season. While the show was able to push out a shortened sixth season on Netflix and has since been revived for one last hurrah, with its end coming the same day as The Mandalorian's documentry series, the hit animated series was never able to see all 8 full seasons completed. That doesn't appear to be the case for The Mandalorian as Lucasfilm seems to be on top of developing this series and Jon Favreau appears to have a clear sense of where his show is going. Disney has once again given the show their vote of confidence, and there's no reason to believe that won't continue until The Mandalorian reaches a satisfactory conclusion.