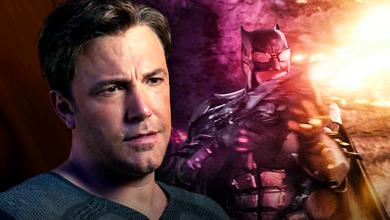 Ben Affleck hung up the cape years ago after struggling through a divorce and alcoholism, but Affleck seems to have bounced back spectacularly. Affleck is even returning to play his Batman in The Flash alongside Ezra Miller and Michael Keaton. There was even a rumor of executives of HBO Max offering Ben Affleck a show as the Dark Knight.

Affleck was recently confirmed to have filmed new scenes for Zack Snyder's Justice League, and the actor is now participating in the #UsUnited promotion.

Ben Affleck joined his other co-stars by posting an image from Zack Snyder's Justice League on his Instagram. Affleck did not include any comment, just "#UsUnited."

The image shows Batman wearing his Tactical Batsuit and using one of the Parademons' weapons against them.

Ben Affleck also made posts on his Twitter account using the #UsUnited hashtag promoting the new trailer and the Autumn Snyder Tribute Fund. It's nice to see Ben Affleck continuing to be involved with the DCEU while also pushing a good charity and support for mental health. As far as whether this is indicative of further involvement with Warner Bros. beyond The Flash is still uncertain, but it doesn't hurt the prospect of Ben Affleck that offer up with HBO Max.

Again, it isn't certain whether or not Ben Affleck will fully return as Bruce Wayne, especially since part of Affleck's agreement returning as Batman in The Flash was him being allowed to make revisions to the script. Additionally, it seems that Affleck's role in The Flash, while important, doesn't seem to be bigger than Michael Keaton's "substantial" role in the upcoming solo film.

Only time will tell if Ben Affleck decides to stick around. As the initial rumor said, "the ball is in his court."