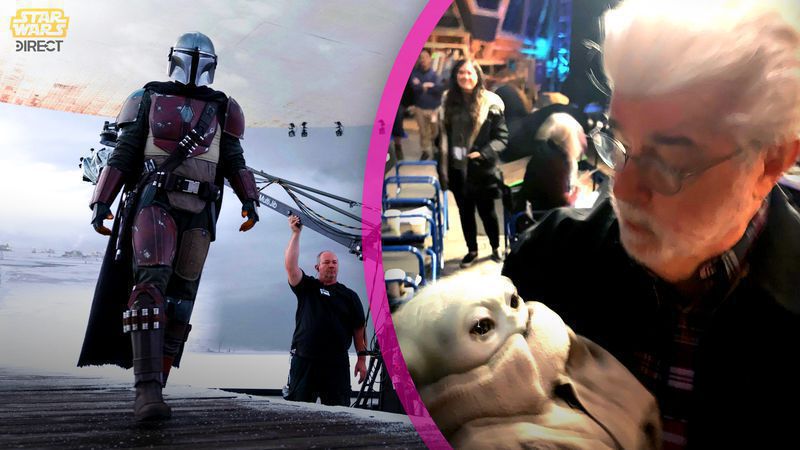 There's no doubt that the first season of The Mandalorian was a huge hit with audiences everywhere when Disney+ first launched. Now that the second season has officially wrapped production, fans are patiently waiting for first-looks and possibly a teaser trailer from Lucasfilm. Despite the swirl of rumors and reports surrounding the next season, such as Rosario Dawson coming aboard as Ahsoka Tano and Stellan Skarsgard joining the cast, there hasn't been much information coming from either Disney or Lucasfilm about the matter. Some of that did change, however, with the official announcement of a new Disney+ series titled Disney Gallery: The Mandalorian, which will focus on the production of The Mandalorian's first season and the multiple aspects that highly-influenced the creation of the show. While many details have emerged recently regarding the new program, specific episode descriptions have just been revealed to the public.

In a new report from Collider, the first four episodes of Disney Gallery: The Mandalorian have been given official descriptions that highlight the main topics. Such topics will be discussed by series host and show creator, Jon Favreau, and a rotating panel of guests, including members of the cast and the production team. The episode descriptions for the first four chapters are as follows:

In the first episode, the filmmakers speak about their individual journeys on the way to the director’s chair and take us inside the filmmaking process of The Mandalorian.

The team behind The Mandalorian examines the profound impact of George Lucas’ STAR WARS.

Pedro Pascal, Gina Carano, and Carl Weathers discuss the making of The Mandalorian.

Favreau and team reveal how a new filmmaking technology was used to bring The Mandalorian to life.

With so much uncertainty in the current state of Star Wars, the announcement of this new series coming to Disney+, expanded by these new descriptions of some of the episodes, are just the thing to put a spark of hope in the fandom. As stated previously, The Mandalorian's first season was greatly received by critics and fans alike, and Lucasfilm is smart to keep the hype rolling for the show in anticipation of its second season coming this October. As for these descriptions, they are a great tease for the show's premiere on May 4th. They slightly expand on previous information that was released, and demonstrate to viewers that this show will be worth a watch as each week will be a deep-dive into numerous details regarding one facet of the show.

The title and description of episode two, titled above as "Legacy," is particularly eye-catching. It's known that both Jon Favreau and Dave Filoni (The Clone Wars, Rebels, The Mandalorian) highly respect the world that George Lucas built across his two trilogies. It was evident, however, that Disney wanted to shy away from some of the ideas Lucas initially pitched for the recent sequel trilogy. Now that the trilogy is over, it's nice to see that Favreau and Filoni are continuing to bring Lucas into the forefront of their work and use him as inspiration moving forward. The original Star Wars left a significant mark on many filmmakers, actors, producers, etc. in its time, and the franchise continues to influence the industry to this day, so the second chapter in this eight-episode documentary should compel many fans to the screen, as should the entire series. Disney Gallery: The Mandalorian will hit Disney+ on May 4th, in addition to the series finale of The Clone Wars.