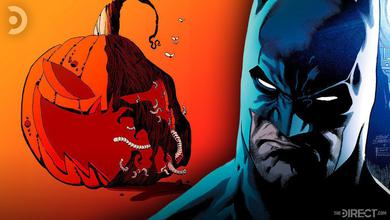 While the future for their theatrical releases looks promising, one aspect of DC Comics content that has always impressed viewers has been their animated flicks.

From critically-acclaimed animated adaptations of popular storylines such as The Flashpoint Paradox and Batman: Under the Red Hood, DC has consistently raised the bar for cartoon content. The DCEU has always been a little spotty when it comes to taking on popular comic storylines, but fans know they can always count on the animated universe to bring their favorite runs to life.

IGN confirmed that a two-part Batman: The Long Halloween animated feature film is in the works, with part one set to release on DC Universe in summer 2021.

The animated adaptation will follow the popular 13-issue comic storyline of the same name, where Batman embraces his detective side to track down a serial killer who claims victims on every major holiday.

While the animated feature flicks live in a separate universe from the theatrical releases, the implications of this news could stretch to the silver screen.

Yesterday's panel for The Batman at DC FanDome saw director Matt Reeves put a strong emphasis on Bruce Wayne's detective skills playing a major part in his movie. Combine that news with a trailer that heavily teased a murder mystery, and fan speculation on a Long Halloween inspired plot went through the roof.

However, this news seems to shy away from that possibility. With the animated Long Halloween movie set for a summer 2021 release, and The Batman releasing mere months after, it is unlikely DC would theatrically adapt the same storyline twice. Sure, The Batman could take inspiration from the popular comic run, but it is looking more probable that Paul Dano's Riddler will play main antagonist over the mysterious Holiday Killer.

On the animated side, this is absolutely stellar news for comic fans. The Long Halloween is often regarded as the best detective Batman tale ever produced. With DC's reliable history of faithful animated flicks, fans should expect a direct translation of the epic story from the page to the screen.

Releasing it on DC Universe is also extremely smart. Recent news showed much of that streaming service's content will be packing its bags to move over to HBO Max, so it is good to know DC Universe will still have appealing original content.

Batman: The Long Halloween is slated for a two-part release, with part one landing on DC Universe in the summer of 2021.