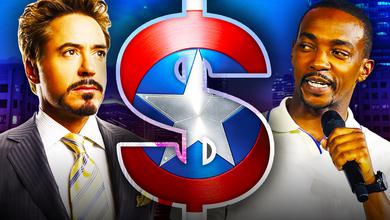 Marvel Studios has officially started the streaming run for its second Disney+ series, The Falcon and the Winter Soldier. While the initial entry for Anthony Mackie and Sebastian Stan's solo series wasn't jam-packed with superhero action, the plot did a great job expanding on the backstories for both leading men.

Bucky Barnes attended one of his therapy sessions as he worked to get back to his right mind, while Sam Wilson took a trip home as he reconnected with his sister Sarah and his family after being gone for over five years. In that visit with Sarah, an interesting question came up for the first time in the MCU: how do the Avengers earn a living?

While an answer was given in the episode, the show's star has his own thoughts as well.

In an interview with TV Line, The Falcon and the Winter Soldier star Anthony Mackie shared his thoughts on how the Avengers are compensated in the MCU, including if he feels the team should unionize. He is fully on board with that idea of unionizing, saying, "we definitely should."

Mackie has always wondered what Earth's Mightiest Heroes do to earn their living, although he's convinced that the late Tony Stark helped since "obviously, he owns an Audi dealership somewhere":

It’s interesting… I always ask the question: 'When the Avengers show up, they destroy whole cities and crush people, and what do they do for a living? Where does their money come from?' I always believed it was Tony Stark because, obviously, he owns an Audi dealership somewhere.”

Even with this debate, Mackie confirms that the Avengers do what they do "for the betterment of the world, for saving people’s lives," and not for the financial benefit:

“I think they do it for the betterment of the world, for saving people’s lives. They have their ins and outs, their odd jobs to make sure that they’re taken care of — government sponsorship, funding, government housing.”

"Episode 1" of The Falcon and the Winter Soldier found a way to tackle some real-world issues while following up on the superhero action that fans have come to know and love. This largely came with Sam and Sarah Wilson trying to get a bank loan before being denied. During their meeting with the financial institution, their banker brought up the interesting point of how the Avengers survived financially.

The way Sam described it, the team subsisted off "a tremendous amount of goodwill." Sam now works off of government contracts from when he was with the Air Force. So while team members like Tony Stark and T'Challa are obviously rich through business or ruling a country with a valuable resource, this topic does highlight how the team mostly consists of individuals who take a more modest approach to their income.

The MCU still finds a way to tackle topics that get brains working even after thirteen years of full-blown superhero antics. It will be interesting to find out how deeply the rest of Phase 4's movies and Disney+ series explore this gray area of the Avengers' operations, although it seems unlikely that any unions will be forming while more pressing matters loom over the super team.

"Episode 1" of The Falcon and the Winter Soldier is now streaming on Disney+, with "Episode 2" debuting on Friday, March 26.