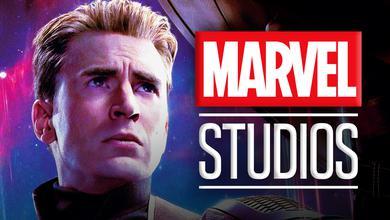 Captain America is one of the most iconic heroes that debuted in the Marvel Cinematic Universe, and the character clearly made a mark in the eyes of many fans. Played by Chris Evans, Steve Rogers had his fair share of ups and downs throughout his heroic journey in the Infinity Saga, ultimately capped off by an emotional yet satisfying end during Avengers: Endgame.

As the MCU embraces a new chapter, the future of Captain America is currently unknown since the franchise is currently focused on placing the spotlight on new heroes like Ms. Marvel and She-Hulk in the next few years. However, given the character's importance, it wouldn't be surprising if Evans will return down the line to potentially give his blessing to the latest incarnation of the Avengers.

Interestingly, Endgame director Joe Russo previously teased that Evans is “not done yet” with the Captain America role. Now, it seems that statement was true since a new report may very well hint that the MCU veteran's time in the franchise is far from over.

Deadline shared in a report that Chris Evans is “expected” to reprise the role of Captain America in the MCU “in some form.” Details about the actor's return are still vague but the outlet pointed out that Evans will return as Steve Rogers “in at least one Marvel property with the door open for a second film.”

Deadline also revealed that “it’s unlikely to be a new Captain America installment and more likely to be like what Robert Downey Jr. did after Iron Man 3.” Downey appeared in films like Captain America: Civil War and Spider-Man: Homecoming after the threequel.

On the surface, this is an exciting piece of news for MCU fans everywhere. The return of Evans to the MCU presents a vast amount of story possibilities moving forward since it gives the character a chance to shine once again while also resolving unsolved mysteries such as the heated debate of what exactly happened when he went back in time during Avengers: Endgame.

Right now, a good chunk of the focus of Marvel Studios is geared towards Disney+. This means that it's entirely possible that Evans' return as Captain America will happen first on the streaming platform, before eventually returning to the big screen.

Given that The Falcon and the Winter Soldier has already finished filming, it's unlikely that Evans will pop up for a cameo in that series. Based on the MCU's Phase 4 slate, there's a good chance that the actor will return in either Secret Invasion or an entirely new property like the previously-rumored project centered on Nomad. It's also possible that his journey to return the Infinity Stones to different points of the timeline could end up becoming a project of its own since it has narrative potential.

As for the film side of things, Avengers 5 is the most plausible option for Evans to return as the star-spangled hero. In a way, the much-awaited comeback of Steve Rogers to aid the new version of the team is no doubt a must-see.

All in all, it's clear that the story of Steve Rogers in the MCU is not yet done, and it will be interesting to find out how the character fits in the ambitious Phase 4 puzzle of the monumental franchise.