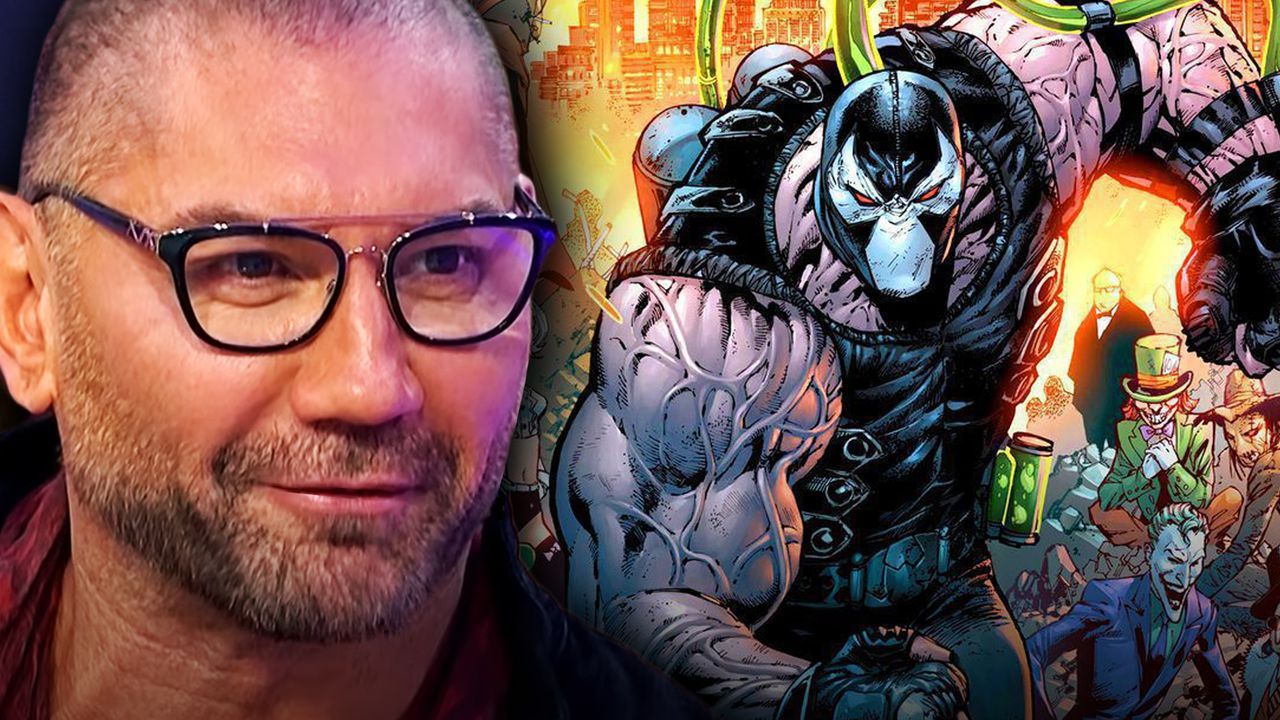 The Batman will begin shooting in September after having been delayed due to the coronavirus outbreak halting production. Since then, Matt Reeves' own Batman universe began to expand with the announcement of a spin-off show set before the events of The Batman .

As for the movie itself, not much has been revealed about the plot besides the fact that many of Batman's rogue gallery will be appearing. Supposedly, a spin-off movie for Bane has been pitched, as reported by Heroic Hollywood , and if the pitch falls through, he would also appear in a sequel to The Batman . In fact, many fans, including those at The Direct , wish for Bane to join the rest of the villains appearing in Matt Reeves' upcoming The Batman trilogy .

Another rumor that has circulated on the Internet for a while has been Dave Bautisa vying for the role of Bane, which the actor finally addressed on Twitter.

The rumors of Dave Bautista pursuing Bane began to rise when he tweeted himself at Warner Brothers saying "It won’t come to you so get after it!!," implying that he was with them for a role, which many assumed to be Bane.

It won’t come to you so get after it!! #DreamChaser pic.twitter.com/FPTUbfLfTh

A fan tweeted at Bautista about him playing Bane, which the actor actually addressed and confirmed that he indeed sought out the part, but was unsuccessful:

This could mean a variety of things from the role going to someone else, Warner Brothers having no plans on introducing the character any time soon, or the studio simply not seeing Dave Bautista as right for this interpretation of Bane.