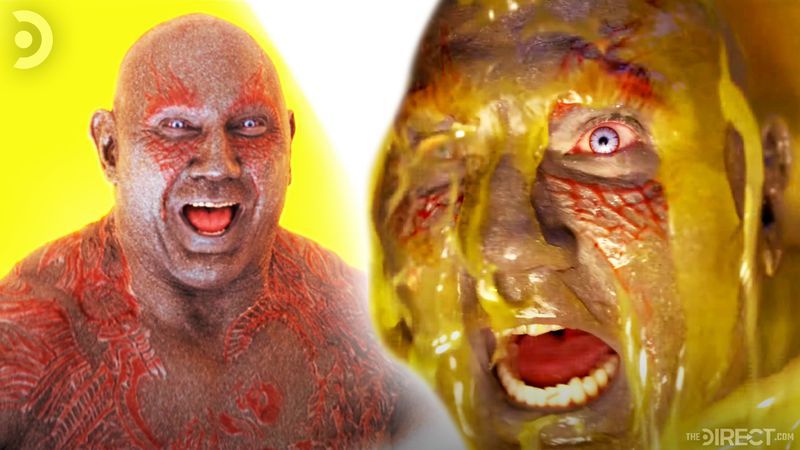 The transition from sports-entertainment to acting has produced some massive movie stars, but the jump has never been easy.

From UFC fighters to WWE Superstars, dozens of athletes have attempted to make a career in film. Despite their already established drawing power, big names like The Rock and John Cena spent well over a decade building their filmography before they were able to land significant roles in major motion pictures.

While now a fun-loving staple of the MCU, there was a time when portraying Drax the Destroyer was a more daunting task for Dave Bautista than facing The Undertaker at WrestleMania. As infamously evident between the actor's loyal relationship with director James Gunn, Gunn's faith in the former wrestler was integral to the character's success.

Nothing goes over James Gunn's head, especially talent. His reflexes are too fast, he would catch it. Responding to a tweet from @ComicBook that detailed Dave Bautista struggles with doing comedy, Gunn praised the actor's portrayal of Drax the Destroyer.

Drax isn’t funny because @DaveBautista is “being funny” - he‘s funny because Dave plays the character honestly, expertly, & with heart. As over-the-top as Drax can sometimes be, Dave’s groundedness allows us to love him & laugh with him. https://t.co/jR6cRW6b4K

Dave Bautista has to be one of the most admirable actors working today, and praise for him extends to his peers. Hearing Gunn refer to Bautista's portrayal of Drax as "expertly, and with heart" is the kind of compliment that reaffirms why the wrestler-turned-actor is so loyal to the Guardians of the Galaxy director.

Fans will recall Bautista defiantly claiming he would exit the MCU if James Gunn was not reinstated for Guardians of the Galaxy Vol. 3. Many wondered why he would breach one of those iron-clad MCU contracts and risk blacklisting himself from ever working in Hollywood again. In this interview with ComicBook.com, Bautista claimed he never could have imagined succeeding at such a role.

After a decade playing an uber-macho and ultra-serious powerhouse in the WWE, it's hard to imagine the 6'6, 289-pound Bautista having any form of vulnerability. The former World Heavyweight Champion clearly has immense gratitude towards Gunn for taking a chance on him, as the blockbuster role in Guardians has opened a lot more doors for Bautista than he could have ever imagined, and even saved him financially. It would have been easy for Gunn to cast an experienced and proven actor, but even Bautista's mastery of standing so still was not enough for his untapped talents to be invisible to Gunn.

Dave Bautista and James Gunn are set to work together at least once more when Guardians of the Galaxy Vol. 3 hits theaters at on an unknown future date. 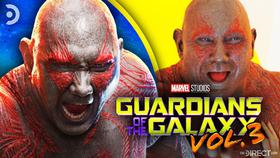