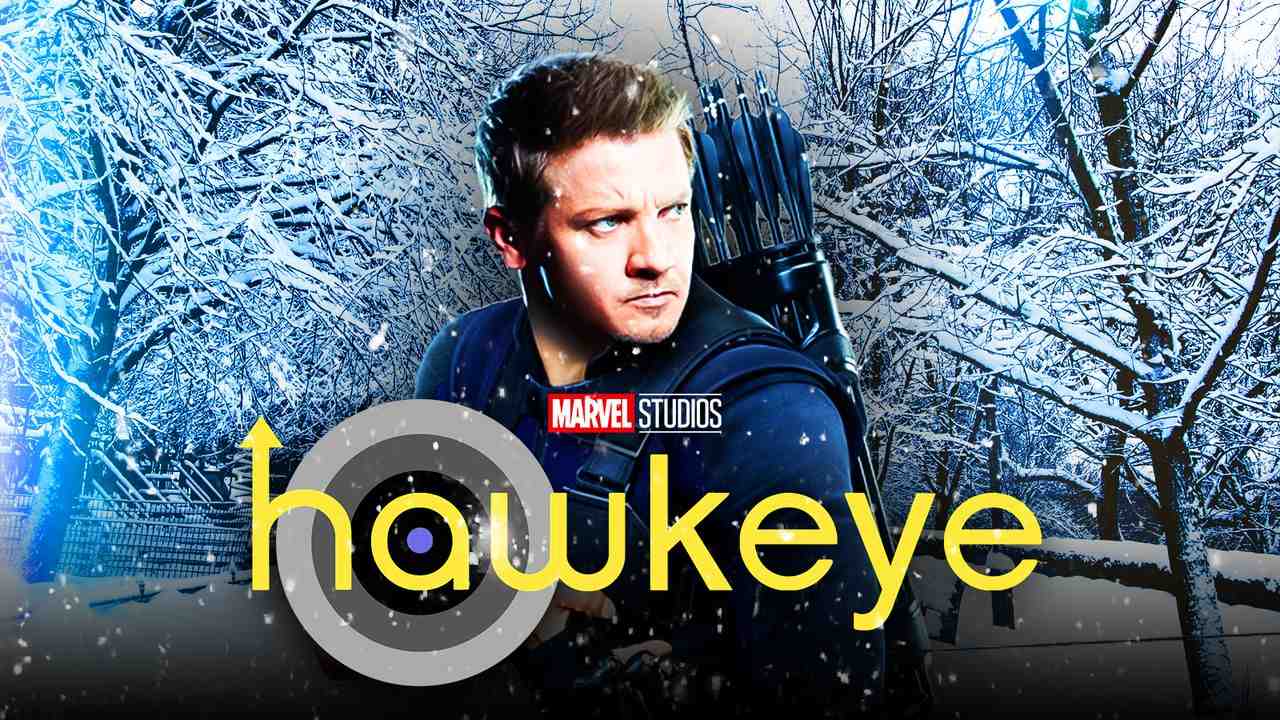 With three episodes of What If...? already having aired, eager viewers are excitedly waiting for Hawkeye - the next Disney+ series from Marvel Studios. Returning to live-action, the show will feature Jeremy Renner's Clint Barton/Hawkeye training Kate Bishop (played by Hailee Steinfield) to take up his mantle.

There have already been plenty of tantalizing details revealed about the upcoming series, not the least of which was the promise of a showdown between Clint and Black Widow' s Yelena Belova (played by Florence Pugh) that was set up in the post-credits scene for that film.

Additionally, some new info about the show seems to indicate a holiday theme in at least some episodes.

According to some new info from TV Guide magazine regarding the new series, via Reddit , Hawkeye will take place around Christmastime and will feature a holiday theme. The magazine goes so far as calling the series a "holiday tale set in snowy New York City."

Hailee Steinfield's Kate Bishop will be a mega-fan of the bow-slinging Avenger who's been training to fight like him, and he'll eventually take her under his wing. The article alludes to the comics run by Matt Fraction and David Aja as influencing the series and points to the show being equal parts actions and deep conversations between Jeremy Renner's Clint and Kate.

"Kate is looking for ways to implement those [training] skills... That's when she runs into Clint, who has no clue who she is and doesn't really understand her obsession for him."

Tran also promised that the show will be "grounded and funny, packed to the brim with Christmas spirit," much like the Matt Fraction comic run that took place during Christmas.

While many had speculated that Hawkeye would draw on the Matt Fraction and David Aja run of the comics given its focus on Kate Bishop, this new info seems to solidify it. With the article specifically mentioning the comics and reinforcing the Christmastime setting, Hawkeye is definitely being set up as the MCUs take on the beloved comic book storyline.

Marvel will obviously have their own spin to put on the story, which is likely where Yelena Belova and the rumored Wilson Fisk appearance will come into play. It will also be interesting to see how Marvel will weave the backdrop of Christmas into the story, given that the show takes place after the events of Avengers: Endgame .

This means the world will be celebrating its first holiday season since the return of those erased by Thanos. It will surely be an emotional time in the MCU, and hopefully, Hawkeye will play into that. Perhaps Clint's reason for training a successor is his desire to spend time with the family he'd thought he'd lost forever. It would be an interesting angle that is very fitting with what fans have seen on screen over the years.

For those eager to see the MCU's master archer back in action, Hawkeye will debut Wednesday, November 24 only on Disney+.