As James Gunn and Peter Safran get set to pull the curtain back on their new vision for DC Studios and the DCU, there are plenty of predictions floating around out there.

The new co-CEOs for Warner Bros.' super-powered slate have taken the reins over from past leadership, making major sweeping changes in their short time on the job thus far.

While the duo has cut ties with fan favorites like Henry Cavill (Superman) and Gal Gadot (Wonder Woman), the news has not been all bad, as it was revealed that fans were weeks away from seeing the new DC vision, with at least "a few" announcements confirmed for mid-to-late January.

So with what could be days before the next era of the DCU becomes clear, here are six of the projects that could be announced.

The most obvious project fans will hear more about whenever the fog clears on the Gunn and Safran DC slate is the already-announced new Superman film. As the franchise moves away from Henry Cavill, the Gunn-written DCU epic marks the only officially teased title from this new era of the franchise.

The film is said to focus on a younger Clark Kent/Superman, following the character in his early days as a Daily Planet reporter. Nothing else much is known about the title; however, Gunn has been vocal about his fondness for Superman villain Lobo, and it's been alluded to that the Aquaman star Jason Momoa could play the big bad. So, that could be a hint at where this Superman film could go at least from an antagonist standpoint.

With all of Gal Gadot's work as the DC hero done, with no further cameos planned in the remaining DCU films, a new Wonder Woman movie feels like a very safe announcement for the new DC Studios to make. As a key part of the Justice League trinity, the reintroduction of this character feels essential.

After Gadot's departure from the role, it was reported that Gunn and Safran would hold off on another Wonder Woman film for quite some time; however, Gunn squashed these rumors by personally "debunk[ing]" these rumors from his personal Twitter account.

The long-gestating Green Lantern-focused HBO Max series feels like it could show up when this next evolution of the DCU is announced. Gunn has been adamant that any reports that say the project has been canned as a part of the changing of the guard are "fake" and "not [good scoops]," and producer on the title, Andy Behbakht, recently told fans it is "still in development."

With a DC reboot seemingly inbound, Green Lantern feels like a foundational piece that was missing from the last round of DCU storytelling. With the series already in the pipeline, it would make sense that it be retooled (potentially with a bigger budget) for this new super-powered universe. Of course, with plans to have this new DCU include movies, TV, animation, and video games, this would have the intergalactic hero crossing over from his streaming series into future movies and TV shows as well.

As been made clear, the new DCU will be a cross-media effort, so for just one TV show feels like it would be a little light when these first announcements take place. That is why a second HBO Max streaming project would make a lot of sense in this first batch of titles.

There are a couple of potential names that jump to mind for a project such as this. If Gunn and Safran's new take on this world is a soft reboot rather than a full reset, this could be the place where the reported Amanda Waller series would fit. Another name that could fit (and could be the "unannounced DC TV show" James Gunn is currently working on) is a potential Harley Quinn live-action series. Gunn has shown an affinity for the Suicide Squad character and could be the perfect place for Margot Robbie's DC return.

The next major Justice League character that never popped up in the DCU-prime (despite being hinted at and making an appearance in Zack Snyder's Justice League) is Martain Manhunter. The iconic DC superhero feels primed for a major big-screen presence, perhaps filling out that initial Justice League roster whenever the film featuring the team were to happen.

A Martian Manhunter film is the perfect gateway into the galactic vertical of the DC Universe, slotting into that Guardians of the Galaxy role from the MCU, in introducing audiences to the winder DCU beyond just Earth. The hero could also be perfect for crossing over with the likes of Green Lantern and Sasha Calle's Supergirl, or even the New Gods to sow the seeds of Darkseid. 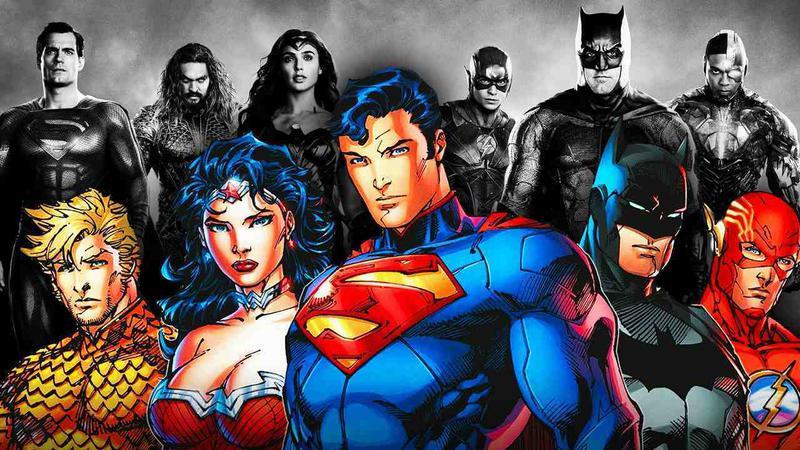 The natural closer to this first round of announcements would be a team-up film of some sort. While it feels early for a full-on Justice League reboot, something titled World's Finest could serve as a solid holdover, focusing on the beginnings of DC's iconic team.

Doing a smaller-scale story like this could build the foundations of an eventual Justice League, with the likes of a new Flash and Aquaman once Ezra Miller and Jason Mamoa's time as the characters come to an end. Also with Superman and Wonder Woman already on the board, an epic first phase conclusion such as this would be an ideal spot to introduce the DCU's take on Batman, a character Gunn teased will be "a big part" of the franchise's future.

A New Beginning for the DCU

No matter what happens it is an exciting time to be a DCU fan. Sure, Gunn and Safran are not ready to unveil a full-on 20-movie plan for the costumed franchise, but soon enough audiences will be getting their first taste of what the new DC bigwigs have planned.

Right now, all fans can do is wait and see what is in store for their favorite characters, as at any moment Gunn and Safran could finally pull the curtain back.

James Gunn and Peter Safran's first few DCU announcements are set to be unveiled sometime before the end of January.