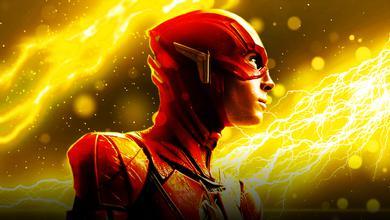 It has certainly been a long and troubled journey for The Flash's development, with Ezra Miller's Barry Allen losing directors and writers along the way. However, it seems like Warner Bros. has finally found a couple of keepers with IT director Andy Muschietti and writer Christina Hodson, who have endured long enough to steer Ezra Miller's The Flash in the right direction.

Production for The Flash was initially set to start in March but was delayed again into April at Warner Bros’ Leavesden Studios in the United Kingdom, leaving fans wondering if there's even a solid start date on the table. However, a new report now points to a more specific date that should finally see filming for this long-awaited movie begin in earnest.

CAMERAS WILL FINALLY ROLL FOR THE FLASH

Screen Daily reported from their sources that The Flash is "on track for a production start at Warner Bros Studios Leavesden on April 26."

Also reported is that "an estimated 85% of the crew is local," with "Argentinian director Andy Muschietti and his sister and producer Barbara Muschietti are already in the UK" Ezra Millar is also already there, finishing production on Fantastic Beasts And Where To Find Them 3.

The outlet also mentions that Warner Bros. is "working to ensure remaining crew and cast arrive in the UK with minimal disruption to the schedule."

HOPEFULLY, HASTE IS NOT WASTE

By April, the United Kingdom should have much better control of the virus, since hospitals are no longer overwhelmed. Warner Bros. should hopefully still proceed with caution by that time for the sake of the cast and crew, lest The Flash is delayed again.