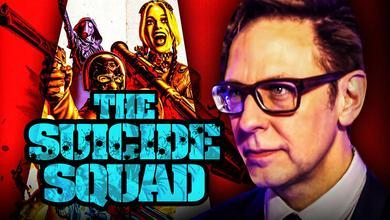 The DC Extended Universe is just under seven weeks away from making an exciting return to theaters and the streaming world with James Gunn's The Suicide Squad, Gunn's first outing in Warner Bros.' superhero universe. With plenty of hype surrounding this hybrid sequel/reboot, the franchise's second R-rated entry should have every opportunity to be quite the hit even with an adjusted release strategy.

Thus far, only one full trailer has been released during the promotional tour for The Suicide Squad, even though image leaks and cast interviews have been plentiful over the past few weeks. With two hours and 14 minutes of runtime, there is still plenty being kept from the fans as the DCEU's tenth movie inches closer to its debut.

In that light, Gunn recently spoke on when the fandom should expect another trailer for his blockbuster...

Twitter user @dcumoviepage asked The Suicide Squad director James Gunn if there was a final trailer for the DCEU movie coming sometime next month. Gunn seemed to shorten that timeline by posing the question "NEXT month? Hmmmm." in a reply to this fan, indicating that another teaser will be released before the end of June.

Movies in the superhero genre typically receive somewhere in the range of two or three full trailers in the months before a given release depending on the studio and the specific outing. In the case of The Suicide Squad, the trailer count has felt slightly on the lighter side, especially considering its release date is now looming on the horizon.

The film's only full trailer released nearly three months ago, featuring expected stars like Margot Robbie and Joel Kinnaman while highlighting newcomers like John Cena, Idris Elba, Peter Capaldi, and more. For this final marketing push, Warner Bros. will be carefully selecting unseen footage that teases the film without spoiling much of its plot.

Whatever the case may be, Gunn's tease indicates that fans should be on the lookout for new footage sometime in the next couple of weeks. With August drawing nearer, promotional material should be coming in bunches in the foreseeable future.

The Suicide Squad is set to debut in theaters and on HBO Max on August 6, 2021.