Dwayne Johnson has spent a large amount of time over the past couple of years promoting his upcoming film in the DCU - Black Adam. The former WWE superstar and successful actor will be starring as the film's lead and has teased that it will "usher in a new era in the DC Universe."

The last film that was released in the DCEU was James Gunn's The Suicide Squad in September 2021. Many fans considered it to be among the franchise's best, and a central character from the movie was confirmed to be returning in Black Adam.

At this year's DC panel at San Diego Comic-Con, it was announced that Viola Davis was going to be reprising her role as Amanda Waller in the upcoming superhero flick. However, no official footage of her had been released, and no one knew how large her role would be.

But now, the new official trailer for Black Adam has just been released, with Davis making a brief appearance as Waller. 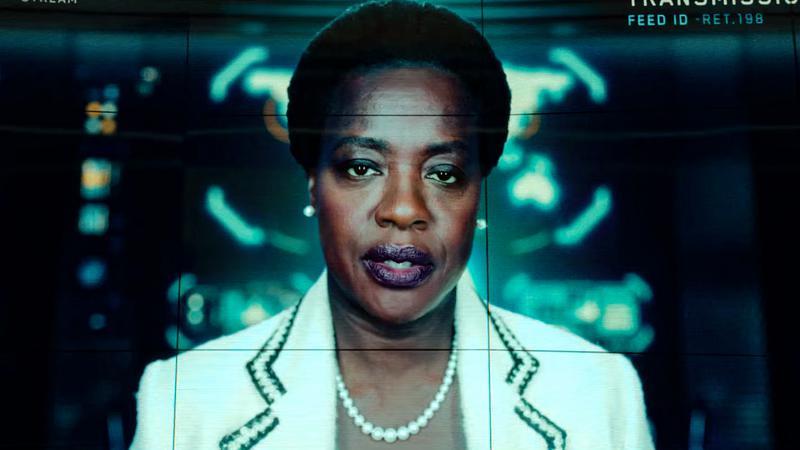 Dwayne Johnson, who stars as the leading anti-hero in the upcoming Black Adam film, recently shared the new trailer for the movie via Twitter.

In the footage, Viola Davis makes a brief appearance, which confirms that she will be reprising her role as Amanda Waller in the upcoming film. Davis most recently portrayed the character in 2021's The Suicide Squad, where she was responsible for putting together the team.

This will be Davis' fourth appearance in the DCEU, as she also appeared in James Gunn's Peacemaker series on HBO Max and 2016's Suicide Squad.

The full trailer for Black Adam can be seen below.

It seems as though Viola Davis is taking on a role in the DCEU that is similar to Samuel L. Jackson's in the MCU. Jackson's character, Nick Fury, has made multiple appearances across all kinds of different films within the MCU and was largely responsible for the formation of the Avengers.

Davis made her first appearance in the DCEU in The Suicide Squad as she put together the team of villains known as Task Force X and sent them to Corto Maltese to find the Thinker. She also appeared extremely briefly in the Peacemaker series on HBO Max, when she was video-chatting with Danielle Brooks' Leota Adebayo, who is Waller's daughter.

Now that Davis is returning yet again to the DCEU in Black Adam, she is likely going to be a prominent character moving forward. Counting the upcoming film, Davis has appeared in the past three projects in the franchise and looks to be an overseer of everything superhero related.

While the trailer didn't give anything away as to what Waller will be doing in the upcoming movie, it did at least confirm that she is in contact with the JSA. Her brief appearance revealed that she is talking to Aldis Hodge's Carter Hall, also known as Hawkman. Since the pair are talking about bringing Black Adam in, she probably learned of his terror toward the public and got in contact with the JSA to apprehend him.