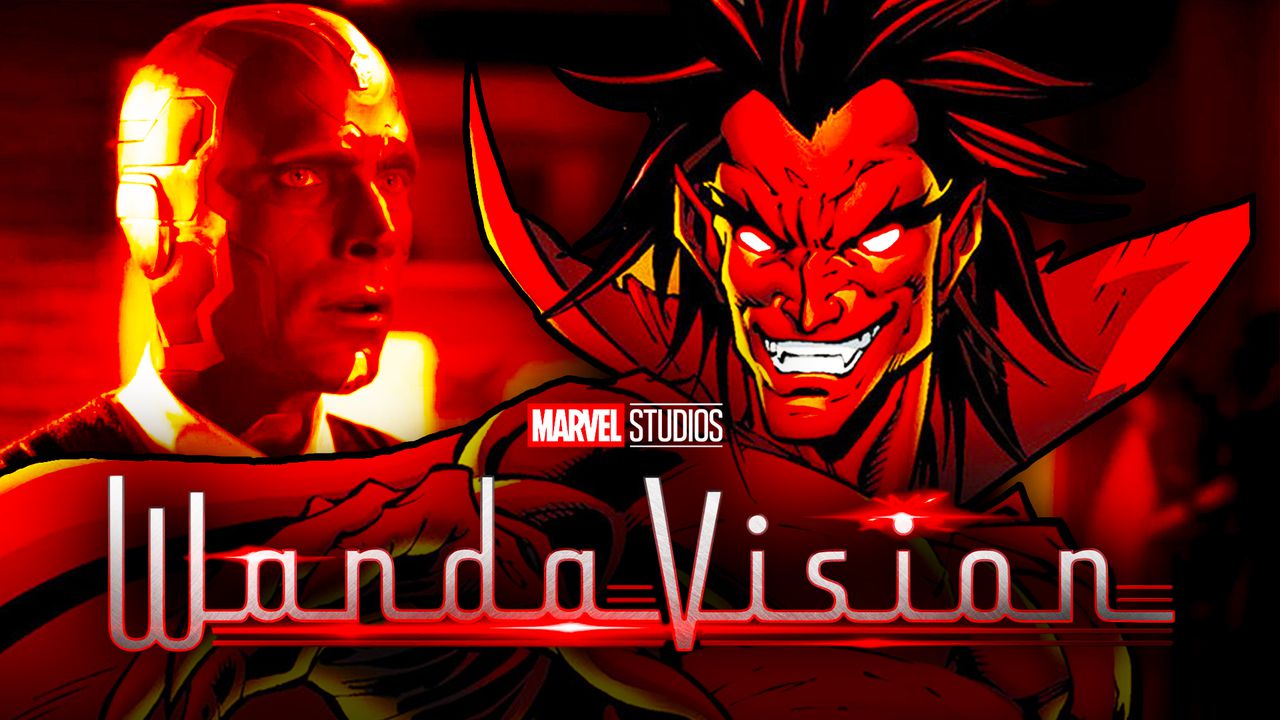 Since the beginning of WandaVision, it's been clear that it's a show of great mystery and intrigue. The series has offered Marvel fans plenty to speculate on from the start as the secrets of Westview are gradually unraveled.

While the show revealed very early on that Wanda was the one behind the town as she attempts to create a perfect world for herself and Vision to occupy, viewers have continued to speculate that there is a greater evil with a hand in things.

Clues scattered throughout the series and some pieces of its marketing have led many to speculate this antagonist could be Marvel's devil himself, Mephisto. As the series gets closer to its climactic finale with only three episodes to go, it's unclear when or if the big bad could be introduced.

The cast and crew have stayed dead silent on the ongoing plot to avoid giving away any spoilers. However, a video with Vision actor Paul Bettany had the actor reacting to viral fan theories, including one regarding the involvement of Mephisto.

Paul Bettany recently went through a multitude of fan theories and recent WandaVision articles during an Esquire video. One article headline stated "'WandaVision' Writer Says A Lot of Fan Theories Have The Right Idea, Mentions Mephisto," to which The Vision actor commented:

“So yes, the writer Jac Schaeffer, she's a bona fide genius. I think it was really fun for her to see all the fan reactions and fan theories and some of them are eerily accurate. But this one that mentions Mephisto, I can't spread to right now, because I'm worried about getting fired."

Bettany also responded to a theory about Dottie actually being a Marvel villain:

"Wow! That is an amazing fan theory. Look, I'm going to be honest, I'm supposed to not confirm or deny any of this. I do not know that to be true. But there are so many things that don't to be true that do turn out to be true in the Marvel universe."

If Marvel has proven anything over the years and more so than ever with WandaVision it's that fans should always expect the unexpected.

Mephisto has been the subject of fan theories even before the series debuted, and rightly so as a lot of evidence has stacked up over recent months to lead to the conclusion that the villain could play a role.

Multiple characters in the town of Westview have been seen to act rather suspiciously since "Episode 1", so it's possible any one of these could be a disguised Devil. There hasn't appeared to be any particular kind of antagonist for Wanda to take on so far, aside from herself, however, with Evan Peters' Quicksilver appearing to show some villainous traits, could he be a disguised Mephisto?

Granted it remains a possibility Wanda is the villain of her own story. With the Scarlet Witch set to appear in Doctor Strange in the Multiverse of Madness, it's unclear what her role will be in the upcoming blockbuster. While she may team up with Strange to save the multiverse from evil, she may also continue to follow the villainous route as her powers stem out of control.

WandaVision will debut its seventh episode in just a few hours' time, exclusively on Disney+.