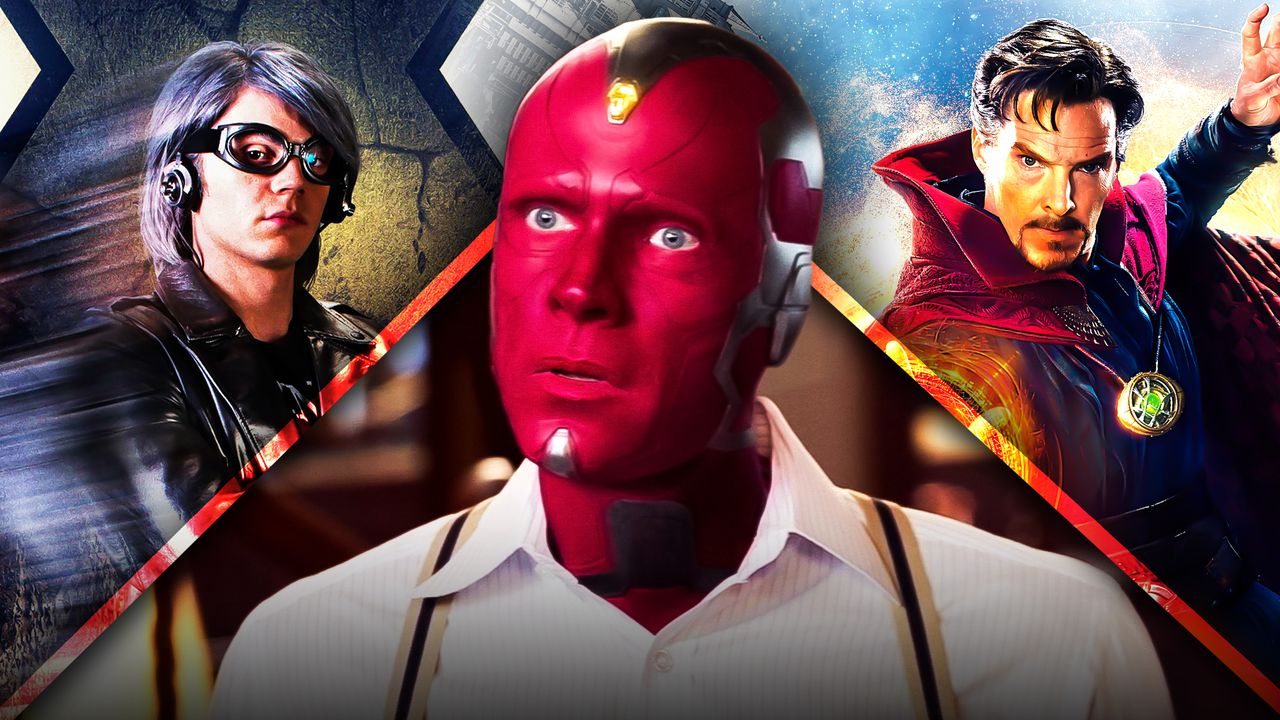 WandaVision has started the Marvel Cinematic Universe's next phase with an exciting, twist-filled series that is proving to be one of the most talked about shows on television.

The Marvel Studios spin-off is employing the same week-to-week release model as other Disney+ projects like The Mandalorian, which the showrunner has revealed was not known at the time of the series' development.

However, the weekly schedule has allowed fans to fully dissect and discuss every new entry over the last few weeks, coming up with new theories as to where the show may be headed next, and it seems that even a WandaVision star can't help but get caught up in all the excitement.

PAUL BETTANY CLAIMS SOME FAN THEORIES MAY NOT BE FAR OFF

In an interview with Marvel.com, WandaVision lead actor Paul Bettany spoke about the fan reception he's seen so far towards the show, and how he's “loving it being disseminated to the fans.” The actor even stated that with all the fan theories circling around, he's surprised to see “some of them are incredibly accurate,”:

“I'm loving it. I'm loving it being disseminated to the fans. And I love how frustrated they are of not being able to see it all in one fix. I love reading their theories of what might happen. And some of them are incredibly accurate, actually. I keep thinking, 'Marvel should give that person a job.' It's been a whole lot of fun watching them go through this. I mean, I know they've been waiting a long time. So have we. It's really special to watch it on the platform without my name across the middle of it [on early screeners]. So yeah, it's been really fun.”

Bettany went on to talk about how Marvel Studios President Kevin Feige pitched him an idea that “just felt so crazy,” but its so rewarding because seeing the fans' reactions every Friday “feels like Christmas Day”:

“Kevin Feige's pitch was very abstract and much more about feelings and [what the] big, grand ideas [were] about—and, indeed, sitcoms. So [Kevin] pitched this idea. It was sort of a bonkers mashup between two ideas with sitcoms thrown in. It just felt so crazy. I wanted to be a part of it.

But yes, very early on, I understood where it was. I knew where it was going. And it was always exciting. It was like Christmas day. Frankly, that's what the rollout has been for each of the episodes. It feels like Christmas day every Friday. You get to see people's reactions and stuff, you know, real people's reactions. I don't read reviews. But it is lovely to see the fan reactions.”

WHICH WANDAVISION THEORIES ARE RIGHT?

WandaVision has no shortage of surprises that it reveals in each episode, but for everything that's shown to audiences, there's far more hidden underneath the surface.

Over the last five episodes, the show's mysterious world has constantly teased a far more sinister purpose for the idyllic reality of Westview. The inhabitants of the small town are either being held against their own will or hiding darker secrets that even Wanda may not be aware of.

Last week's cliffhanger ending had fans in a frenzy to figure out just what that surprise appearance meant for the future of the MCU, and it's quite possible that Bettany found some of these theories, which may turn out to be more accurate than the people who came up with them may have anticipated.

There are also many theories about whom the ultimate villain behind the entire series actually is, with names like Mephisto, Agatha Harkness, or possibly even Wanda Maximoff herself being thrown around.

Fans are also anticipating the big-name cameo that Elizabeth Olsen has previously teased. Whether it be heroes Doctor Strange, Captain Marvel, Hawkeye, or someone else entirely, it seems that Paul Bettany may have already seen some fans figure it out.

As per usual, fans will just have to wait and see what other gifts this Friday's episode will bring. And who knows; maybe your next fan theory could soon become Paul Bettany-approved.