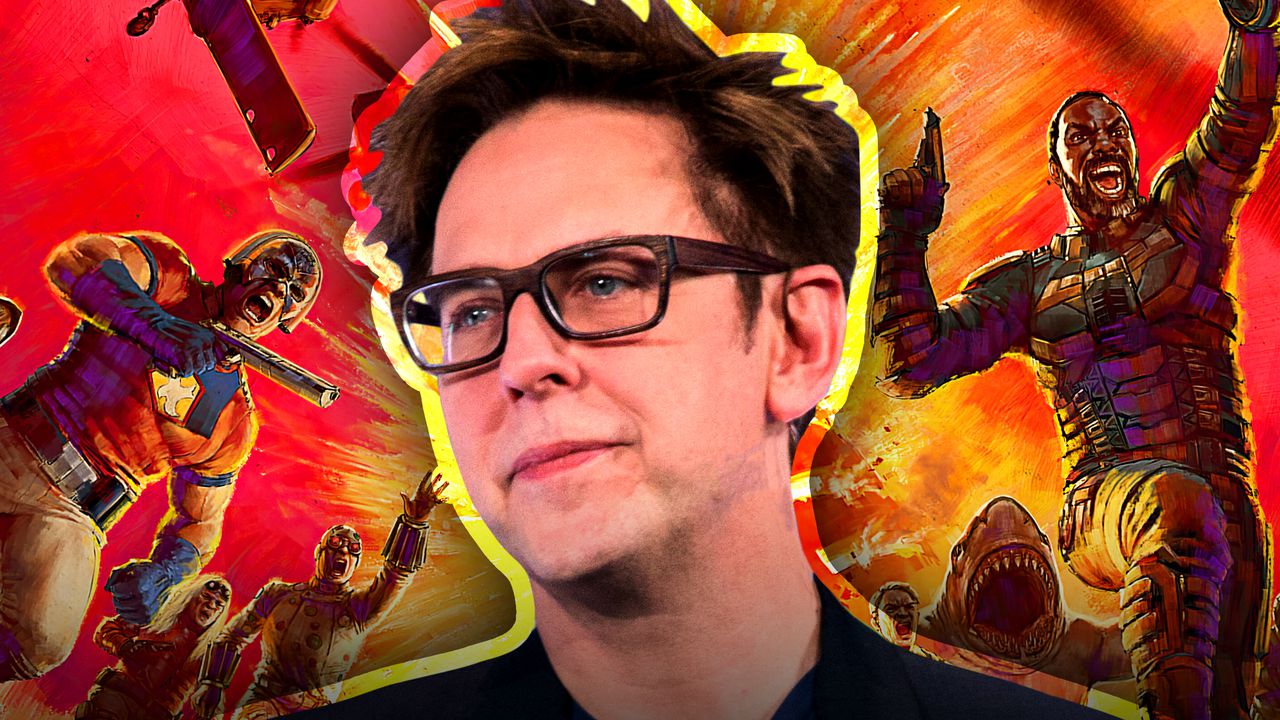 The DC Extended Universe is about to go through a semi-resurgence as 2020 ends and 2021 gets underway. This holiday season will feature the imminent debut of Wonder Woman 1984 in select theaters and on HBO Max, which will be followed up by Zack Snyder's Director's Cut of Justice League as an HBO Max exclusive after years of teases and hype.

The next canon film in the franchise is James Gunn's The Suicide Squad, which will bring back a handful of villains and anti-heroes from 2016's Suicide Squad and introduce nearly two dozen new stars at the same time. Even though the movie isn't set to release until August 2021, Gunn has been attached to the project for over two years already, with filming having begun in September 2019.

Thanks to a new release from the CCXP Worlds based in São Paulo, Brazil, fans know have a better idea of exactly how far into production the movie now is.

During The Suicide Squad's CCXP Worlds panel, director/writer James Gunn shared an update on the post-production work for 2021's The Suicide Squad, saying that its progress "is going really, really well."

"The movie is completely done in terms of the cut of the film. It's really just working with the visual effects that are left, and the music and the sound. So, we're close.

James Gunn revealed that he and Margot Robbie are having "discussions" about a potential Harley Quinn-inspired project after 'The Suicide Squad.'
Storm Reid said that 'The Suicide Squad' is "different from the first one," and "it's going to take people on a ride and there are a lot of twists and turns and surprises."
Joel Kinnaman's Rick Flagg was confirmed to be the only government official on the ground keeping tabs on the killers, villains, and mercenaries of 'The Suicide Squad.'
See All The Suicide Squad News, Rumors and Leaks on DirectFact

Even with so much mystery surrounding the story that will be told in The Suicide Squad, James Gunn has been as open and forthcoming as ever with his production updates. Now that filming is complete on this anticipated DCEU sequel/reboot, the wait continues for more official footage to make its way into the public eye, hopefully in the form of a trailer over the next few months.

There are still eight long months until this movie debuts both in theaters and on HBO Max, which means more work ahead for James Gunn and his team as they finish the special effects, write and record the musical score, and pick the inevitable handful of notable pop songs that will accompany the story. Fans are looking forward to the returns of DCEU mainstays like Margot Robbie's Harley Quinn and Joel Kinnaman's Rick Flag, and the hype is already building to see brand-new characters like John Cena's Peacemaker, David Dastmalchian's Polka-Dot Man, Sean Gunn's Weasel and so many more.

The Suicide Squad is currently in post-production as it prepares for release in theaters and on HBO Max on August 6, 2021.