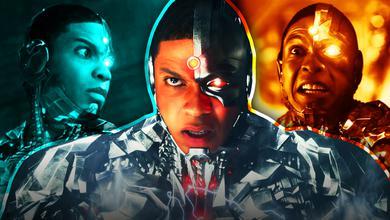 Nearly every single leading member of the DC Extended Universe is set to have a memorable return in Zack Snyder's director's cut of Justice League, which will be available to stream on HBO Max in 2021. Although this move will not be canon with the eight core movies released within the expansive DC franchise, Snyder will finally have the chance to not only reveal what his version of the team-up movie would have provided, but also expand on it with a reported four-hour runtime.

After the latest trailer for the Snyder Cut released last week, Zack Snyder took time to record over an hour's worth of analysis and commentary revealing intricate details on inner workings and Easter eggs throughout the DCEU, in which he has directed three of its movies. Some of these details include other Kryptonians that may inhabit the Earth, putting into perspective how powerful Darkseid is, the new designs for the villainous Steppenwolf, and so much more.

One of the heroes who hasn't been explored much yet, even for all of the actor's off-screen drama, is Ray Fisher's Victor Stone/Cyborg. In the video, Snyder gives some powerful teases for the hero...

During the video breakdown of the recently released Snyder Cut trailer, via the VERO True Social YouTube channel, director Zack Snyder gave a slight tease of just how powerful Ray Fisher's Cyborg from the DC Extended Universe is. While discussing Cyborg's connection with the Motherboxes through the course of Justice League, Snyder gives these quotes revealing that only a minimal amount of Cyborg's potential power in these movies has been unveiled to this point:

Frankly, I don't think we still know what Cyborg's powers are. If you look at what these motherboxes are capable of - world-creating and world-destroying - I think that Cyborg has... What he's able to do is really just the tip of the iceberg compared to what is possible for the future of him.

This untapped power has already been teased in one of the final shots of the trailer, with Snyder saying "And also, Cyborg is piloting the ship, cause that's one of the things he can do."

The full trailer breakdown can be seen below:

Even though Cyborg is one of the core six members of the Justice League from the DCEU and DC Comics, Ray Fisher has only brought him to life with major screen time in 2017's Justice League after providing just a short cameo in Batman v Superman: Dawn of Justice. With fans looking forward to seeing his incredible skills as a solo hero, along with his ability to use those powers with the rest of the Justice League, there is still so much of his story that remains unexplored up to this point.

The Snyder Cut should also provide the best chance of any DC movie to show just how powerful Cyborg really is with no solo movie on the horizon, even though he will play a role in 2022's The Flash. Equipped with incredible technology that can withstand the power of even the alien Motherboxes, Cyborg has already proven to be powerful enough to bring Superman back to life in the original cut of Justice League, and hopefully the Snyder Cut will unleash him to his full potential upon his return.

The Snyder Cut of Justice League is set to release exclusively on HBO Max in 2021.