The disappointing performance of 2017's Justice League made the head honchos of Warner Bros. and DC reconsider their plans for the future of the DCEU. From shifting release dates to cancelled movies , the slate of DCEU movies changed dramatically over time. One of the films that have been greatly affected by the major development was The Flash .

Originally set to premiere back in March 2018 , the Ezra Miller-led superhero film was pushed back to June 2022. Not much is known about the overall outlook of the film since it is still in the early phase of developments. Despite that, it has been confirmed to tackle the famous Flashpoint storyline from the comics while the original plan was to bring along Ray Fisher's Cyborg in the mix.

Given the ever-changing plans in the DCEU, it begs the question if the intended involvement of Cyborg is still in the cards for the 2022 film. However, a new tidbit from The Flash producer may have shed some light on the real deal regarding Cyborg's supposed cameo in the film.

In an apparent Instagram direct message via a screenshot that was posted on Reddit , The Flash producer Barbara Muschietti responded to a random fan's plea for a Cyborg cameo in the upcoming DC film. Muschietti replied with a playful, "Obviously!" 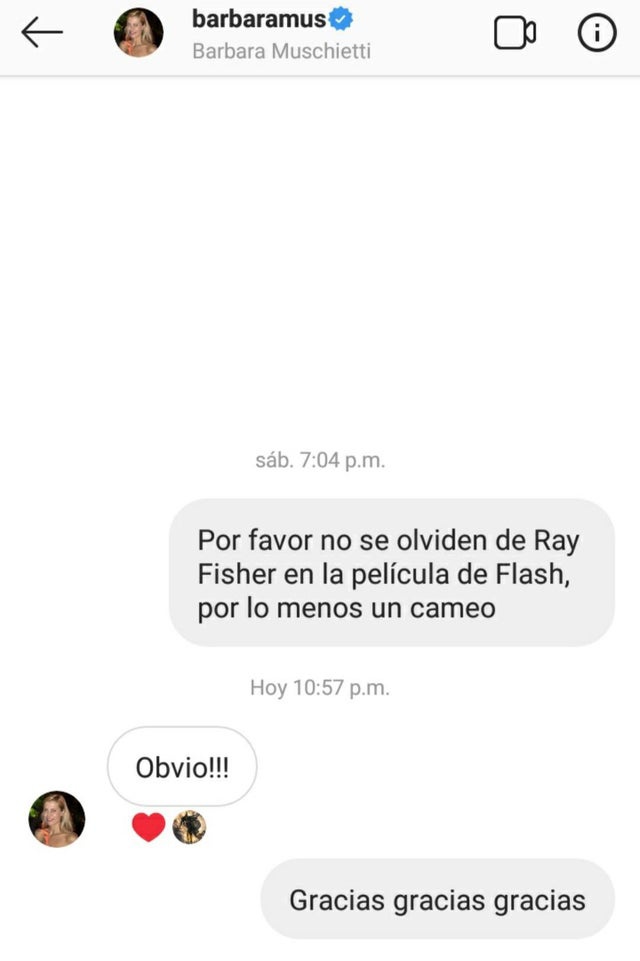 The on-screen chemistry of Ray Fisher and Ezra Miller was one of the highlights of 2017's Justice League , so it makes perfect sense to not scrap the bond that was forged during the team-up film. Muschietti's affirmation of Cyborg's cameo in The Flash proves that the creative team of the movie would still want to take advantage of that chemistry between the two heroes.

While not much is known about the role of Cyborg in The Flash , it seems that the hero will serve as a guide to the Scarlet Speedster as he tries to navigate his powers. During Miller's cameo in CW's Crisis on Infinite Earths , the character's reference to Victor Stone has confirmed that the two heroes are keeping in contact with another, which shows that both of them might have been experimenting about the Speed Force.

While The Flash is still a long ways away, the impending release of Zack Snyder's Justice League should present an opportunity to fans to witness more of the bond between the two heroes, which is a good sign for DCEU fans.

Daredevil's Charlie Cox Reveals Why He Could Appear In Deadpool 3