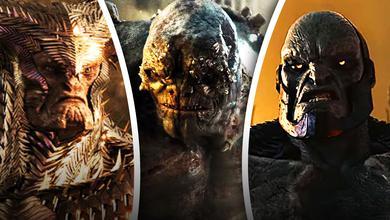 The tumultuous production history of 2017's Justice League has been well-documented, ultimately leading to a disappointing theatrical run for the film. From that point on, fans have long campaigned for Zack Snyder's Justice League to be released, and the loyal diehards got their wish when it was officially announced that the famous director's cut will soon arrive next year on HBO Max.

Since the official announcement, Snyder has been hard at work in terms of providing fans with hints of how different his Justice League will be. This is on top of the teases that the visionary director already revealed during the grassroots campaign of the Snyder Cut in the past years. From a different aspect ratio to the inclusion of Jared Leto's Joker, it's clear that Snyder's version will be far different from the theatrical cut of the film.

Now, another interesting reveal has surfaced straight from Snyder, giving fans something to ponder on before the eventual release of his Justice League.

Based on the official teaser breakdown of the Snyder Cut trailer, Zack Snyder confirmed that the power levels of Uxas a.k.a. young Darkseid and Steppenwolf are "pretty much comparable in some ways to Doomsday." Snyder also pointed out that some would argue that "certain mythological strengths" of the three villains could vary.

The reveal can be seen at the 9:24 mark of the video below.

The live-action debut of Darkseid has been a long time coming for hardcore DC fans, and Snyder will fulfill that promise by introducing the villain in his director's cut. However, there is one caveat: the version of Darkseid that will be featured in the Snyder Cut is a younger version of the villain in which he is still known as Uxas.

Given that, fans are curious to know about the power levels of Darkseid, but this tidbit from Snyder should give fans an idea of what to expect. With the director confirming that both Uxas and Steppenwolf are on the same wavelength as that of Doomsday from 2016's Dawn of Justice, it makes narrative sense for superheroes to join forces to defeat the aforementioned villains.

It's worth noting that it took the might of DC's trinity to withstand the threat of Doomsday during Dawn of Justice while the Justice League needed to resurrect Superman in order to ultimately defeat Steppenwolf. Considering the evolution of Uxas into the more formidable Darkseid during the timeline of Justice League, it seems that the odds will be stacked against the superhero team, and they might need to add more members (Green Lantern?) in order to fully defeat the Omega Beam-infused villain.

All in all, the looming threat of Darkseid doesn't bode well for the rest of the DC heroes, and this should serve as an interesting story beat for a potential Justice League sequel to expand further.