The world of comic book movies has become one of the most tight knit fraternities in the business, especially with so many cast and crew working in more than one franchise over the last few years. This year is taking that to a whole new level with James Gunn’s involvement in both the DC Extended Universe and the Marvel Cinematic Universe. Gunn has been very open praising the work of his colleagues in the industry, and he continued that trend today on his social media outlet.

In a new social media blast on Twitter, Guardians of the Galaxy director James Gunn was asked by a fan if he knows anything about Marvel Studios’ Eternals and if he thinks it will be good. This was his short and sweet response: 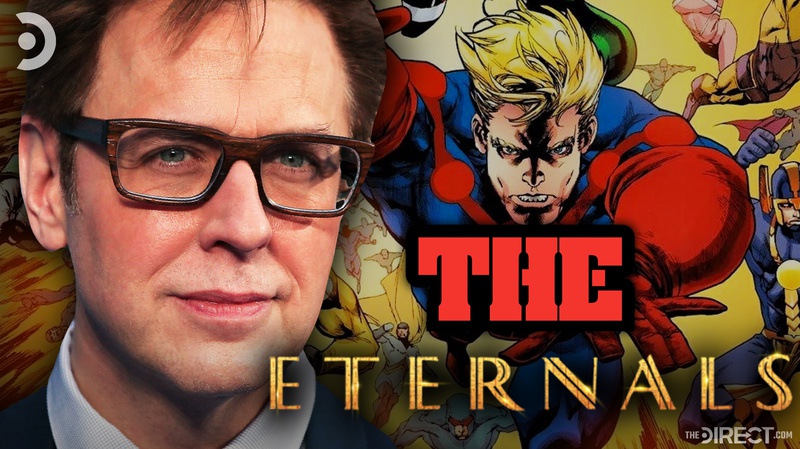 He also answered another fan question regarding the removal of “The” from the movie’s title, joking about how Marvel Studios gave it to him for The Suicide Squad in the DC Extended Universe with this tweet:

My friends at @MarvelStudios did me the favor and gave me the "The." Thanks, guys! 🙏 https://t.co/gUds8nspmI

Update: Eternals star Kumail Nanjiani has chimed in to keep the joke going:

Gunn has always had a great sense of humor not only in his movies, but in his interactions with the media, his coworkers, and fans alike. Jokes have been flooding social media all day after the title change for the upcoming Marvel movie, and Gunn helped make it that much more entertaining with his classic snark on Twitter.

Marvel’s Eternals, “The” or no “The,” is one of the most highly anticipated movies of Phase 4, bringing in an all-new team of immortal heroes. A few details about the film’s plot have been released throughout 2020, and Gunn seems as excited as anybody to see the final result.

Gunn has completed post production on The Suicide Squad, set for theatrical release within the DCEU in August 2021; he is also in early stages of pre-production for Guardians of the Galaxy, Vol. 3 in the MCU. Eternals is scheduled for release in February 2021.