Disney's biggest fan event of the year, D23 is here! Their 2022 expo has been filled with tons of announcements from Disney's biggest studios, including Marvel Studios, Pixar, Disney Animation, Lucasfilm, and Fox.

We have compiled pictures of the 30 Marvel actors at their Hall D23 presentation below. Spoiler: The last picture is a heartwarming reunion picture of Charlie Cox and Vincent D'Onofrio.

Watch the first trailer for Marvel's Werewolf By Night here!

Read a description of the first Ironheart footage here!

Read the description of the new Ant-Man and the Wasp Quantumania footage (featuring many shots of Kang the Conquerer) here!

Ke Huy Quan, Tom Hiddleston, Owen Wilson, and Sophie Di Martino were backstage after debuting new footage for the next season of Loki.

New Loki Season 2 footage description from D23 shows off an evil Kang with the TVA!

Vincent D'Onofrio, Graham Greene, Chaske Spencer, Cody Lightning, Devery Jacobs, Alaqua Cox, and Kevin Feige were at D23 to talk about Echo, the next adventure for Maya Lopez after Hawkeye.

Tim Blake Nelson, Carl Lumbly, and Danny Ramirez were at D23 to talk about their return to the MCU in Captain America 4.

Read what Anthony Mackie had to say about Chris Evans returning to the MCU! 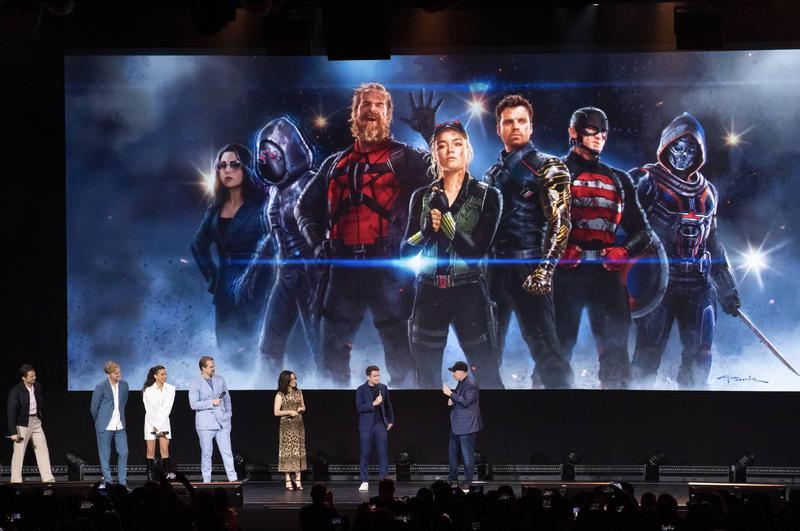 The Marvels Cast and Director

Read a description of the new The Marvels footage here!

Iman Vellani, Brie Larson, and Teyonah Parris were backstage after their presentation of The Marvels at D23.

Charlie Cox made a brief appearance on the Hall D23 stage to remind fans about his upcoming show, Daredevil: Born Again.