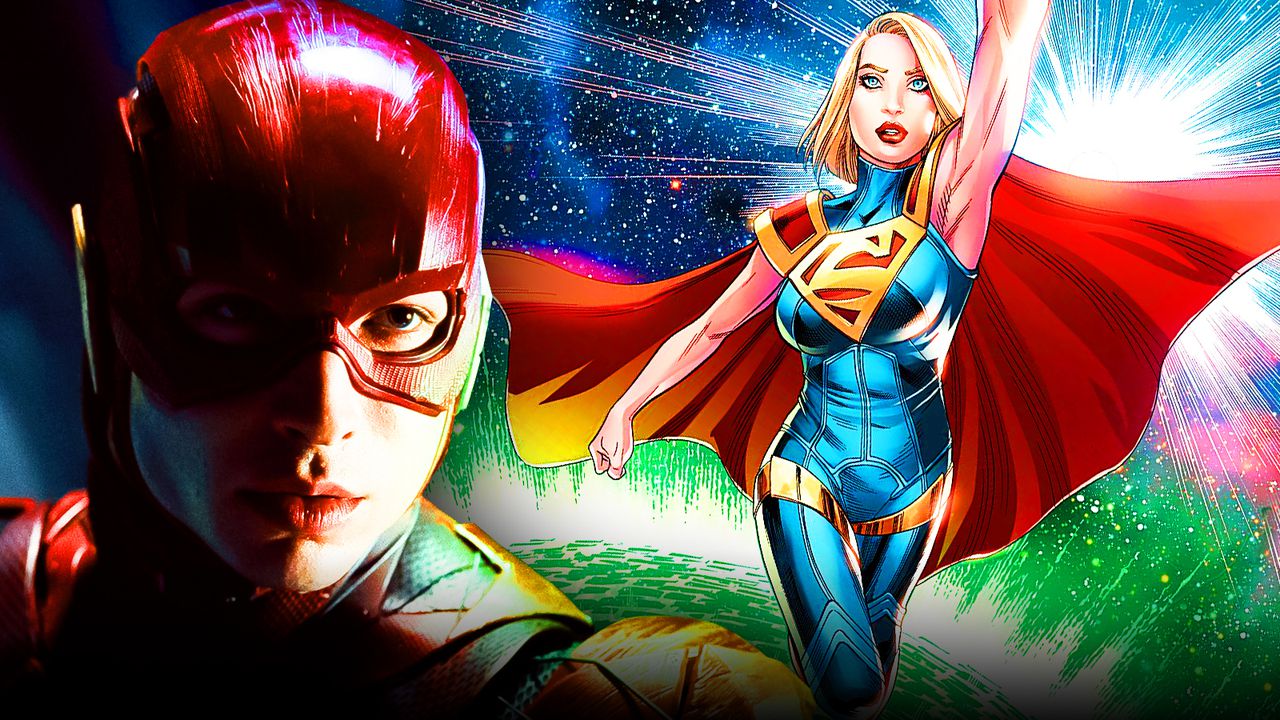 The Flash is set to bring the multiverse into the forefront of the DCEU.

Directed by Andy Muschietti ( IT and IT: Chapter Two ), the upcoming film will showcase the return of Ezra Miller's Scarlet Speedster alongside Kiersey Clemons' Iris West . The pair will be joined by Ron Livingston's Henry Allen , two versions of Batman that will be portrayed by Ben Affleck and Michael Keaton , and the DCEU debut of Sasha Calle's Supergirl .

Plot details are still being kept under wraps, but it was already confirmed that The Flash will revolve around the famous Flashpoint storyline from the comics. To recap, Barry Allen went back in time to save his mother, Nora, from dying, but everything turned out different when he returned to the present day.

Production is currently in full swing in London, as evidenced by the plethora of set photos showing off the main ensemble of the film. A few of the photos that surfaced online provided the first look at Calle's Supergirl suit in the movie .

However, it looks like this specific leaked image has prompted one of the producers to make an appeal to fans online.

The Flash producer Barbara Muschietti responded to the leaked set photos of Sasha Calle's Supergirl from the filming of the DCEU movie by reposting an Instagram story from @theflashmovieunofficial.

The post is directed to fans to stop sharing the aforementioned photos as a sign of respect for the hardworking cast and crew of the film, and Muschietti's repost included many heart emojis underneath it that indicate her support of the message.

A screenshot of Muschietti's story can be seen below:

The age of social media drastically changed the entertainment industry in terms of promotional campaigns as well as the emergence of leaked photos and plot details. This latest development about Supergirl's costume in The Flash is a good example, and it seems that Muschietti's appeal is too late, especially now that the photo is spreading like wildfire on social media.

There are many factors as to why the photo of Supergirl from the set of The Flash became viral. First, production is ongoing in London which is a major location. It's quite inevitable that eagle-eyed fans and the paparazzi would seize the opportunity to take photos from the set, thus leading to the barrage of images showcasing Ezra Miller, Kiersey Clemons, Michael Keaton, and the aforementioned Calle.

In a way, there's a sense that a green light was implied to share the Supergirl image online. In the days before the Supergirl suit leaked, The Flash director Andy Muschietti officially shared the first glimpse of the Girl of Steel's emblem on social media, presumably hinting that fans will eventually know what's happening on set since the movie is filming outside in the streets of London.

Right now, the best course of action for the hardworking cast and crew of The Flash is to embrace the recent leak. An appeal will not force fans to stop sharing said image, but the producers can capitalize on this moment by unveiling the official look at Sasha Calle's DC hero.

This was done similarly by the marketing team of Shazam! Fury of the Gods . When leaked set photos of Zachary Levi's new costume in the film emerged online , David F. Sandberg posted a teaser showcasing the suit , embracing the leak and not appealing to fans to stop spreading the images.

Fans can check out Supergirl's DCEU debut when The Flash premieres in theaters on November 4, 2022.