Avengers 5 Prediction: 6 MCU Characters Who Could Be in Marvel's Secret Illuminati Group

After the massive success of the Infinity Saga, the Marvel Cinematic Universe is currently in the age of transformation as the franchise will introduce a plethora of new characters . Phase 4 is set to introduce fans to captivating new heroes like Shang-Chi, She-Hulk, and Moon Knight while also bringing along generational heroes such as Kate Bishop, Ms. Marvel, and Jane Foster's Mighty Thor. In conjunction with that, it is widely rumored that the next slate of films will look to develop multiple team-ups which potentially include the Young Avengers, Thunderbolts, and even the Squadron Supreme .

With the long list of characters that will debut in the next few years, an intriguing superhero group in the form of the Illuminati has been rumored to be heading to the MCU. News previously broke that Marvel Studios head Kevin Feige is developing a project centered on the secret superhero society , but it remains to be seen if it will be a movie or another show for Disney+. In the comics, Marvel's Illuminati is a group of heroes that was formed to monitor potential threats in order for the heroes to better anticipate what's coming. By doing so, the heroes are better equipped to face the looming threat. However, the comics had shown that the Illuminati made some questionable decisions along the way, which often led to disastrous results such as the World War Hulk storyline and even at one point, destroying parallel worlds .

Plenty remains unknown on how the MCU will introduce the covert team, but there's a sense that it's formation has already been foreshadowed. Civil War laid out the severe consequences of the Avengers' actions throughout the Infinity Saga, with it being capped off by the team's defeat during Infinity War . With most of the heroes being snapped out of existence by Thanos, a somewhat skeletal version of the Avengers operated during the five-year gap of Endgame led by Natasha Romanoff.

During the early scenes of the highest-grossing film, Romanoff was seen conversing with several heroes including Captain Marvel, Okoye, Rocket Racoon, Nebula, and War Machine, monitoring potential threats and reporting on the status of the world in the process. In a way, this could be seen as an early version of the Illuminati, though it isn't exactly clear if Steve Rogers and/or Tony Stark would be aware of this set-up. With Romanoff gone, the motivations behind the formation of the team is unclear, but it's a safe bet that it will be addressed by the other members.

With that in mind, Avengers 5 could be the best project to address the presence of the Illuminati due to sheer number of characters involved. Not much is known about the potential threat that the next crop of Avengers will face, but it has been widely rumored that the Secret Invasion storyline could be in the mix . That said, the Illuminati had a major role during the original comics storyline, but the MCU can retcon it in a multitude of ways. It is likely that the group will be properly introduced during the aftermath of Avengers 5, or Marvel can throw a curveball to the audience by revealing that the team already exists beforehand.

With so much to unpack, it'll be very interesting to see which MCU heroes could secretly take part in the secret superhero society. The original members of the team in the comics include Tony Stark, Doctor Strange, Reed Richards, Namor, Professor X, and Black Bolt. It is entirely possible that the MCU will follow the same line-up from the comics, but it would be wise for Marvel Studios to create their own version of the group.

The Direct has predicted which MCU characters could be part of the Illuminati in the fifth Avengers movie while also breaking down their potential role in the larger picture. 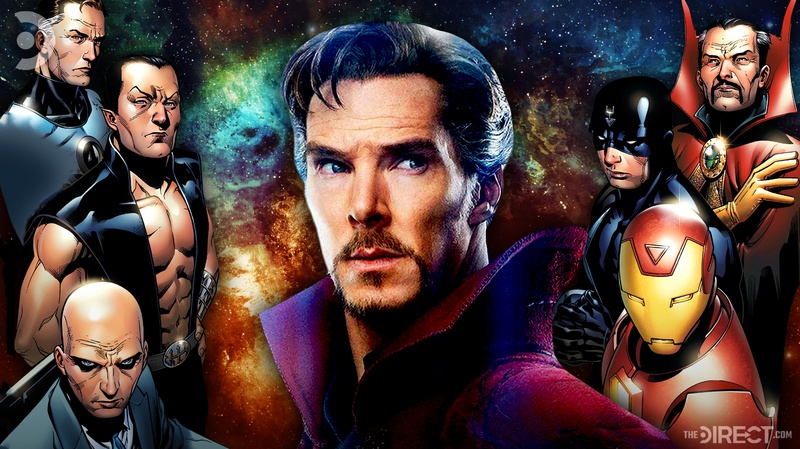 In the comics, Tony Stark was the one who formed the Illuminati due to his futurist mind and his tendency to prepare for potential threats. However, with Stark gone, it's a safe bet that Doctor Strange (Benedict Cumberbatch) could eventually take Stark's place in leading the charge against imminent threats. It's worth pointing out that the Master of the Mystic Arts was taken by suprise of Thanos' attack on Earth during Infinity War , and it would make sense that Strange would want to devise a plan to avoid experiencing the same thing.

At this point, Strange has become familiar with most of Earth's mightiest heroes. That said, Strange could very well recruit the heroes he deems worthy to take part in the Illuminati. The sorcerer's knowledge of the mystical realm should prove useful to the team's overall purpose, and the New York's Sanctum could easily be the team's location for covert meetings. More so, the sorcerer's adventure in Doctor Strange 2 could also provide further support behind forming such a team. All in all, Strange's involvement and potential leadership is the perfect combination for a secret team-up such as the Illuminati. 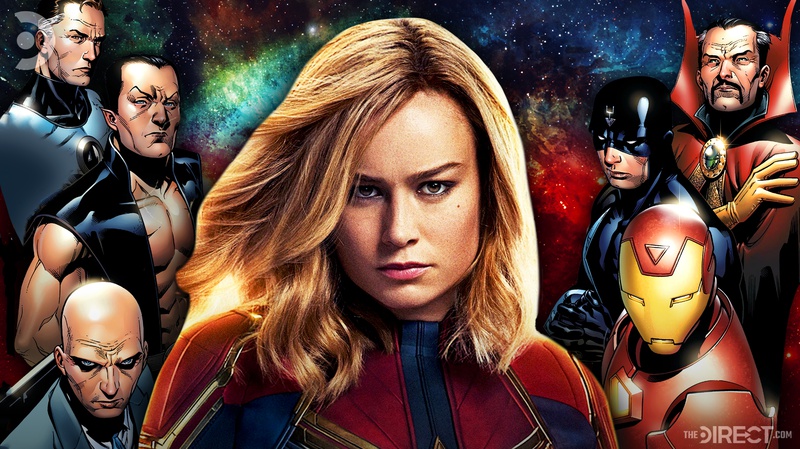 Another virtual lock in terms of having a seat at the Illuminati table is Carol Danvers (Brie Larson). Captain Marvel's familiarity in the cosmos should prove handy in terms of helping the covert group identify and subdue menacing alien threats. Moreover, the heroine's lengthy experience in space could mean that she was exposed to different villains and wars. In a way, Danvers could aid in helping the heroes of Earth better win their battles against unknown foes by strategizing a coordinated response.

Part of the fun of seeing big heroes together is the presence of conflict, and the Illuminati is no stranger to that. On several occasions, the members of the group have disagreed multiple times, with some even leading to a physical confrontation. Danvers' relationship with the Skrulls could be vital if the MCU moves forward with the Secret Invasion storyline. This presents a very interesting issue that might be tackled within the ranks of the Illuminati, and this could even lead to the inevitable clash among the heroes. 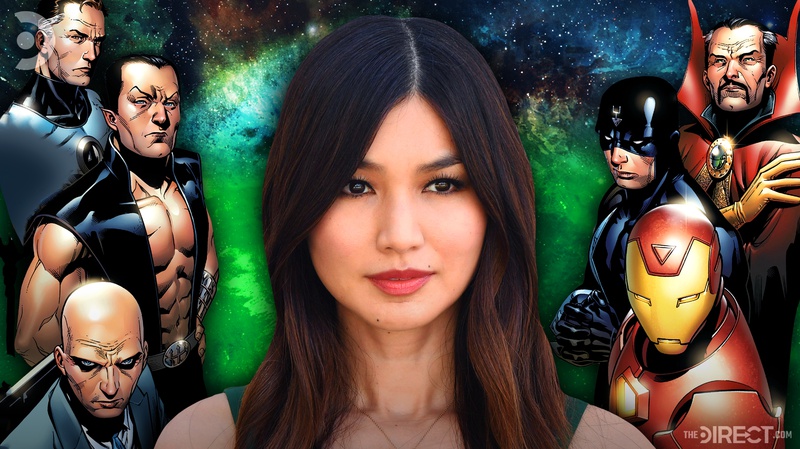 The Eternals will introduce a new and intriguing set of heroes to MCU fans. The team of god-like beings will provide answers to the in-universe history of the MCU while also laying out the groundwork for future stories and past connections to the franchise's mythology. Given that case, there's reason to believe that a member of the Eternals will ultimately join the ranks of the Illuminati.

Among the long list of members, Sersi (Gemma Chan) is the prime candidate to join the secret team due to her connection to the Avengers team as well as the character's vast experience in Earth's history. Interestingly, Sersi, along with Dane Whitman, has been rumored to be The Eternals ' leads in terms of the film's storyline, hinting that a huge role is in store for the character moving forward. Set photos have revealed that Sersi has been blending in with the humans, and this could mean that she is more than aware of the major events that the MCU had already tackled.

By joining the Illuminati, Sersi's knowledge of Earth's history could be deemed useful while the character's passion for humans should serve as the moral compass for the clandestine group of heroes. 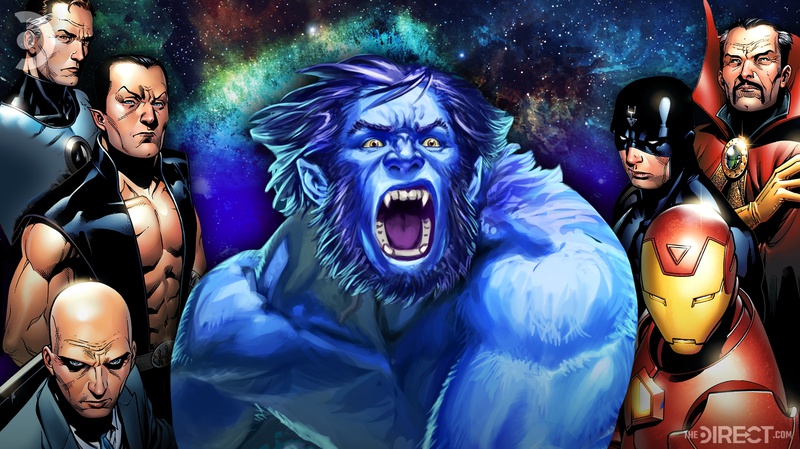 In every iteration of the Illuminati, Professor X served as the mutant's representative. Despite that notion, the MCU has been known to shift certain elements from the comics, as evidenced by the film's choices such as Stark creating Ultron instead of Hank Pym and the absence of Death during Thanos' victory. With that in mind, there's reason to believe that Professor X will not be joining the Illuminati at the beginning, and a good replacement could be Hank McCoy or Beast.

It shouldn't be too surprising that McCoy's genius-level intellect and experience with mutants could prove helpful in handling looming threats. If anything, McCoy's active role in spearheading mutant's rights has the potential to widen the perspective of the team when dealing with misunderstood hostiles. 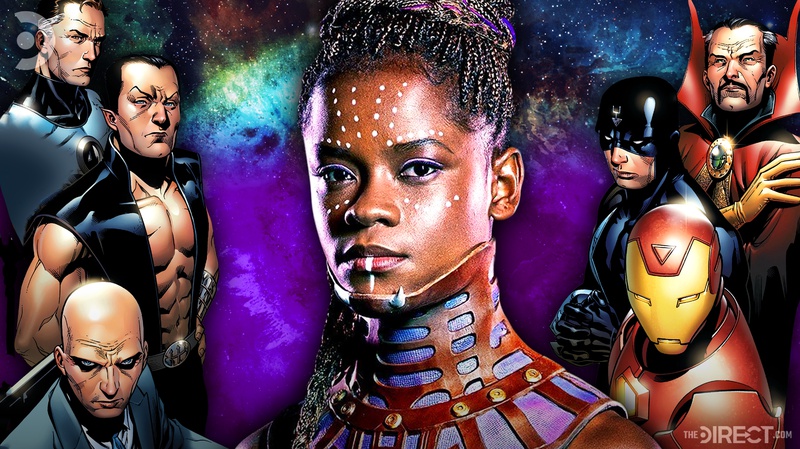 The involvement of Shuri with the Illuminati might be questionable to some since T'Challa's addition should be a no-brainer. However, Shuri's inclusion actually makes sense since she is, by far, the smartest hero in the MCU. Along with the vast amount of resources in Wakanda that Shuri has access to, Strange could recruit Shuri to serve as the leading scientific mind of the group.

While it is surprising that a young hero like Shuri would take part in a secret society like the Illuminati, this would open up a larger role for the character moving forward. Adding a younger (and clever) mind to the group could shift the dynamic of the team in more ways than one, and this presents an opportunity for Shuri to serve as the voice of the younger generation of MCU heroes in the process. 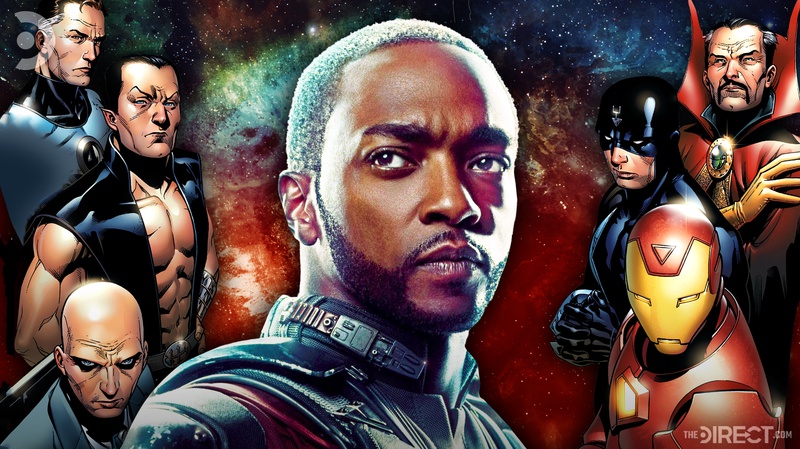 An interesting addition to the MCU version of the Illuminati is Sam Wilson. With the character serving as the franchise's Captain America moving forward, it's not hard to envision Wilson's involvement with the team. With so much conflict to tackle in the future, the hero's moral compass and integrity could help the decision-making process of the group in terms of carving out the right and winnable solution for everyone.

Little is known about Wilson's role in the larger narrative of the MCU, but it's a given that he will emulate what Steve Rogers did to the Captain America persona. In a way, Wilson serving as the representative of the Avengers (and Earth-bound heroes) provides an opportunity for the character to step up and take the lead. With Wilson rumored to take the leadership role of the Avengers during the franchise's fifth installment, it is likely that the character will have his hands full in terms of mapping out the next steps to ensure the safety of Earth, and his involvement with the Illuminati could prove essential to that.