MCU: 10 New Character Interactions We Want to See in Marvel's Phase 4 & Beyond

The Marvel Cinematic Universe is home to a lot of incredible characters . 2008's Iron Man launched a superhero universe like never before, essentially starting a shared superhero universe in the process. By introducing more heroes onto the big screen such as Captain America, Thor, and Hulk over the years, the MCU became an iconic franchise.

The interconnected nature of the MCU delivers an opportunity for several characters to interact, and this was properly realized during the franchise's first big crossover , 2012's The Avengers . The ensemble film marked the first time that the heroes of the MCU joined forces against a common threat, much like in the comic books. On top of that, it also gave birth to fun banter and chemistry between characters meeting for the first time. Since then, the MCU continued to introduce one hero after another, which ultimately led to those heroes sharing the screen together in future team-up movies.

Over the years, the MCU managed to treat fans with introductory character meetings between the Guardians of the Galaxy and Thor, Ant-Man and Captain America (and the rest of Team Cap) , Tony Stark and Doctor Strange, and Captain Marvel and Thor. In many ways, these interactions helped developed the characters while also creating memorable moments along the way.

With so many characters, it’s easy to forget that some of them haven’t even interacted yet. Even though Avengers: Endgame featured almost every MCU hero in the final battle, there are still quite a few noteworthy meetings that are still yet to happen in the MCU's future phases. 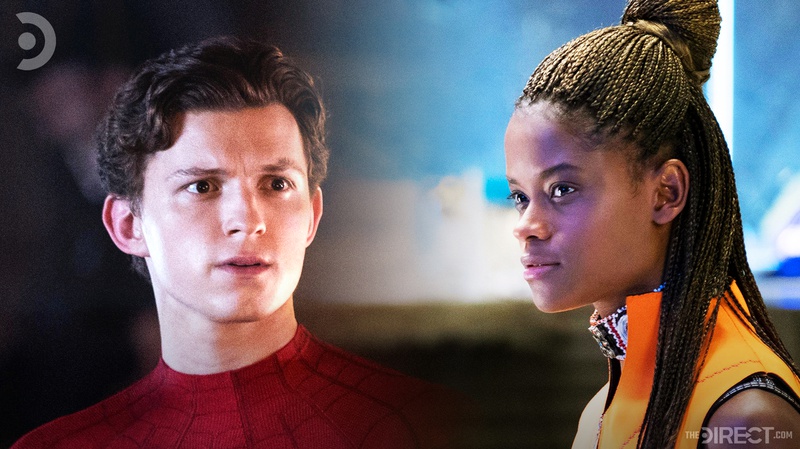 The idea of Peter Parker meeting Wakanda's genius Shuri is a dream come true for many. Given that both MCU heroes are around the same age, it would be fun to see them interact for the first time. More so, the genius-level intellect of both characters could translate to a bond similar to the Science Bros dynamic of Tony Stark and Bruce Banner from the Avengers films.

Interestingly, Spider-Man star Tom Holland previously admitted that Letitia Wright's Shuri was his "favorite part" from 2018's Black Panther , while also revealing that it would be "brilliant" for the two characters to meet up. In addition, the two celebrities seem to be pals in real life, so the presence of chemistry is not out of the question.

There's a chance that the much-anticipated team-up of both heroes could end up happening in the inevitable Avengers 5. The involvement of MCU characters in the Spider-Man films should open up the possibility of adding Shuri to the fray. After all, the cliffhanger ending of Spider-Man: Far From Home showed that Peter's life is in the midst of crisis, and Wakanda is already a proven place for those seeking sanctuary. 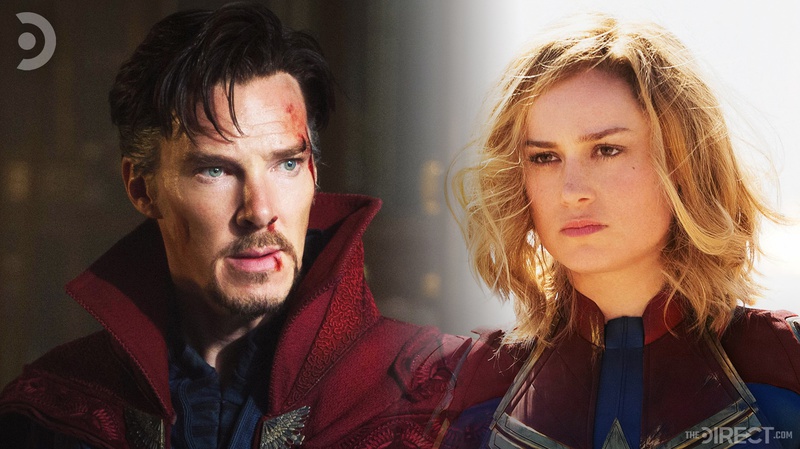 During Infinity War , Doctor Strange (Benedict Cumberbatch) was unaware of the existence of Thanos , and he only learned the threat through Bruce Banner's warning. That said, this suggests that Strange would not know about Captain Marvel (Brie Larson), only learning the heroine's true power during the climactic battle of Endgame . The same goes for Carol Danvers and her knowledge about the Master of the Mystic Arts. In a way, the two powerhouse heroes sharing the screen together would be an amusing interaction.

In comparison, the eventual meeting of the two heroes could be similar to the introductory meeting between Tony Stark and Steve Rogers, where the two heroes don't meet eye to eye at first. The alpha personalities of the two could eventually lead to intense confrontations and possibly a physical one. In a way, this is already a given since part of the fun of the MCU is seeing how the relationships of these heroes evolve over time, which accounts for a captivating narrative.

In terms of power level, many would argue that Strange and Danvers are on the top of the lists. Yet, the two MCU heroes haven't had the chance to meet on-screen even though they were on the same battlefield and at the same funeral during Endgame . But, it is likely that this will all change during Phase 4. With Strange's expertise in mystic arts in contrast to Danvers' knowledge of the cosmos, the eventual team-up between the two would definitely be a visual treat for fans everywhere. 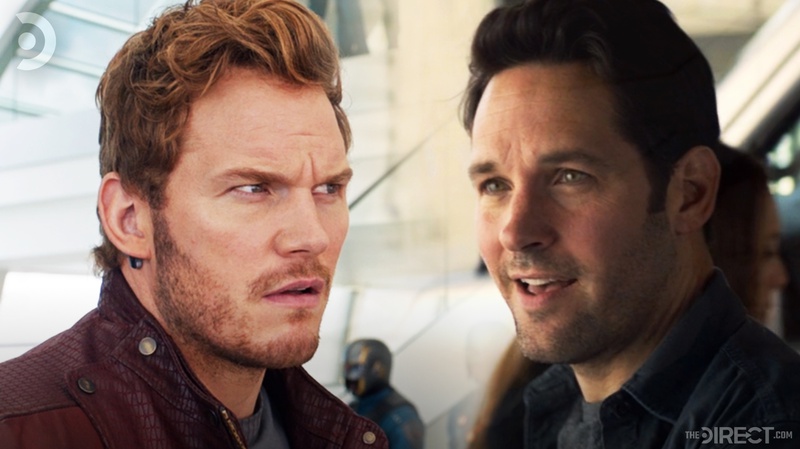 A fun dynamic that could be explored in the MCU is pairing up Peter Quill and Scott Lang for a potential mission. While the chances of seeing the Guardians back on Earth are slim, Avengers: Endgame showed that the Benatar can easily go back to the planet at any given time.

Guardians of the Galaxy director James Gunn revealed that Quill hated his time on Earth , but it wouldn't hurt for the character to return to his home world if the Avengers will seek the Guardian's assistance. It would make sense that Lang would be the one to reintroduce (properly) the planet to Quill since both characters are former outlaws. In this way, Quill could easily trust Lang.

The pairing of Quill and Lang could seem odd, but the MCU has shown that anything is possible, with shared moments of Nebula and Tony Stark and Bucky and Rocket serving as prime examples. Without a doubt, the combination of these two characters would certainly lead to funny on-screen moments. 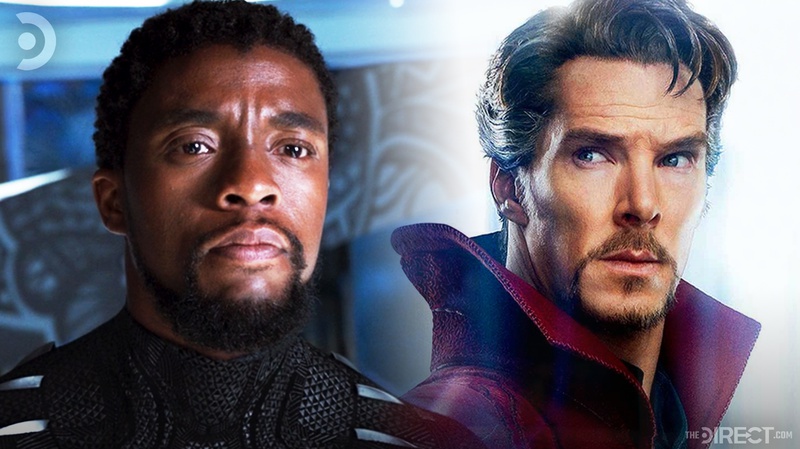 Another notable meeting that is inevitable to happen in Phase 4 is between Black Panther (Chadwick Boseman) and Doctor Strange. The two heroes didn't interact on-screen whatsoever during the Infinity Saga, so it would be fun to explore their dynamic in Phase 4. Having witnessed the attack of Thanos and his army to Wakanda during Infinity War , there's a chance that T'Challa could seek the assistance of Strange when it comes to fending off a similar invasion.

In a way, T'Challa and Strange do share the burden of having huge responsibilities, with the former running Wakanda and the latter protecting Earth from otherworldly threats. Given that's the case, the two could easily share a  mutual respect with one another, similar to the relationship between Thor and Captain America. 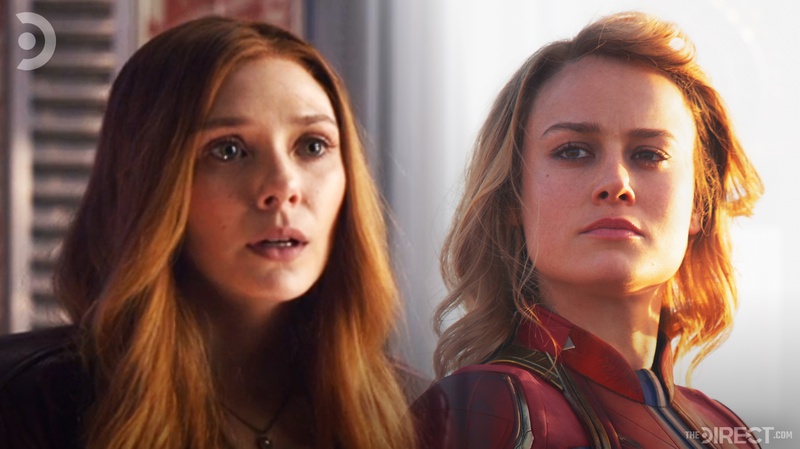 The power levels of both Wanda Maximoff (Elizabeth Olsen) and Captain Marvel were in full display during Endgame 's climactic battle. Since then, many have debated on which MCU heroine is the most powerful between the two. In an interview, Marvel Studios president Kevin Feige finally confirmed that Wanda is the most powerful MCU hero following Avengers: Endgame . With that in mind, there is no doubt that the meeting of the two formidable heroines is a much-anticipated moment.

The MCU is no stranger to heroes fighting one another, and pitting Danvers and Maximoff against each other would become an instant iconic moment. From one of them being mind-controlled to a difference of opinion, there are a plethora of ways for the characters to butt heads with one another. On the flip side, the two characters teaming up would be a sight to see for fans, and at the same time a dreadful encounter for any menacing foe.

While the two heroines already shared a moment during the famous A-force scene in Endgame , a proper introduction between the two Avengers has yet to happen. As a result, Phase 4 could lay the groundwork of exploring the dynamic between the two powerhouses, while also providing a definitive answer as to which character should hold the mantle of the MCU's strongest. 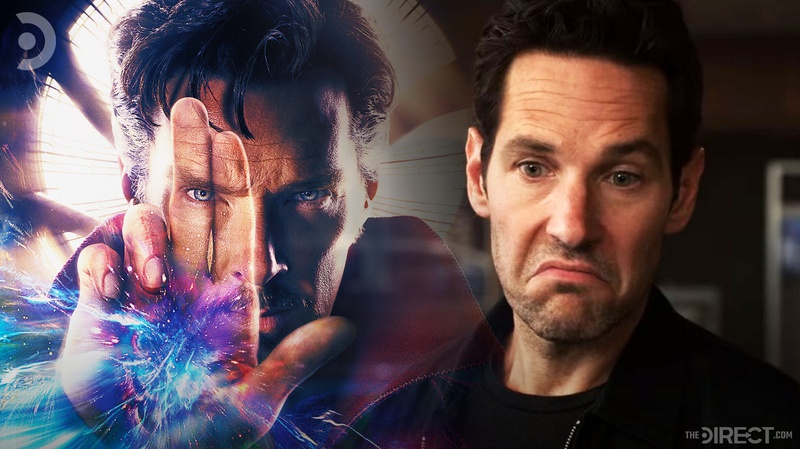 For some, the pairing of Ant-Man (Paul Rudd) and Doctor Strange would be an strange one. However, the two heroes do share a common denominator in terms of their knowledge of the Quantum Realm. In a way, Scott Lang could learn a thing or two from Strange about the Quantum Realm while also providing more details during the time when he was trapped in it for 5 years (or 5 hours in Lang's perspective). There's a chance that Lang's experience in the multiversal dimension could even hold the key in helping Strange to recover the Time Stone.

By the time the characters meet, it would be interesting to see Lang's reaction to the magic side of the MCU, especially after seeing aliens during Avengers: Endgame (After all, Lang did learn some "magic" himself during his time in house arrest in Ant-Man and the Wasp). Strange's no non-sense attitude combined with Lang's comedic timing has the potential of providing laughs to the audiences. 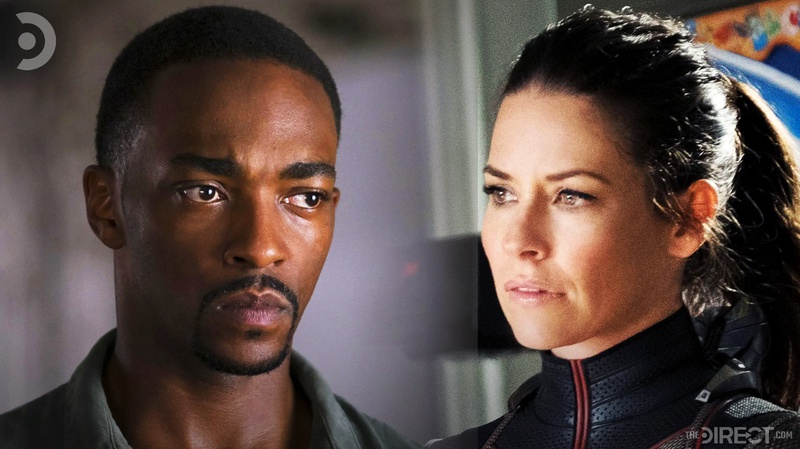 It would make sense that Sam Wilson will ultimately meet Hope Van Dyne (Evangeline Lily) since the two heroes are primed to serve as members of the next crop of Avengers.

It's hard to say how the meeting of the two heroes will play out, but it's possible that Wilson could recruit Van Dyne, along with Scott Lang, for a potential mission. Given Van Dyne's previous reaction to Lang being involved in Civil War , the heroine's involvement in the next Avengers film should be a no-brainer. With that in mind, it's safe to say that both characters will have mutual respect with one another by the time Avengers 5 arrives.

It would be incredible to see Van Dyne's first start-to-finish mission with the Avengers. Van Dyne's strong personality should bode well with Wilson's stern leadership. If anything, the dynamic between the two is definitely a worthwhile narrative to explore. 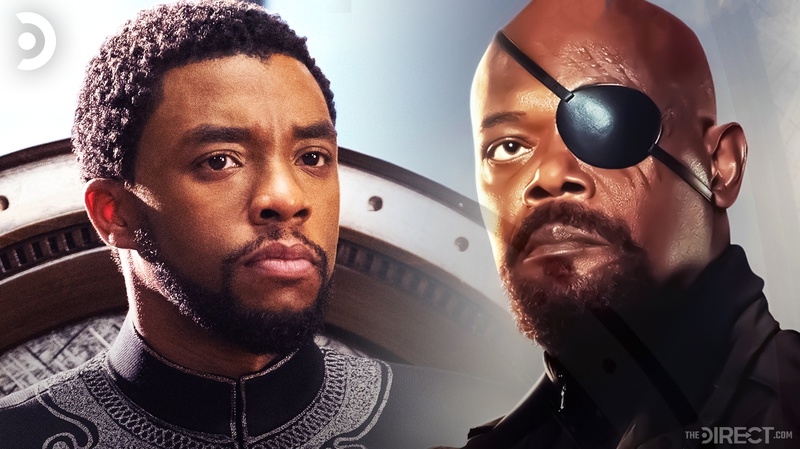 A while back, Samuel L. Jackson expressed his desire to reprise his role as Nick Fury during 2018's Black Panther , but it was turned down by Marvel Studios. With the MCU welcoming a new wave of characters and team-ups, the prospect of seeing Fury interact with T'Challa is now wide open.

From a story perspective, Fury being fascinated with the technological advances of Wakanda could be the reason behind his visit to the African country. Both characters are pretty good at hiding secrets, and each of them could learn a thing or two from one another. Seeing a team-up between T'Challa and Fury would be a dream come true for many, ultimately fulfilling Jackson's wish for his character to end up in Wakanda. 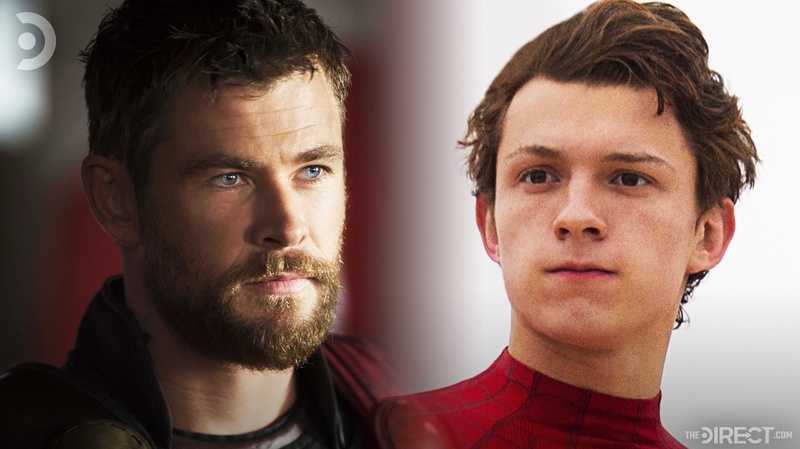 During the Infinity Saga, one of the pairings that fans wished they could've gotten was between Thor (Chris Hemsworth) and Peter Parker. The idea of seeing Thor and Parker team up on a potential adventure could seem odd, but the chemistry between Holland and Hemsworth would be a delight to see on-screen.

There's a chance that the two characters could finally interact on-screen during the upcoming Avengers 5 , but that's pure speculation at this point. No doubt, Thor's reaction to a teenage superhero with spider powers will be an amusing one while Peter's wish of finally meeting the Asgardian (officially) calls for another adorable MCU moment. 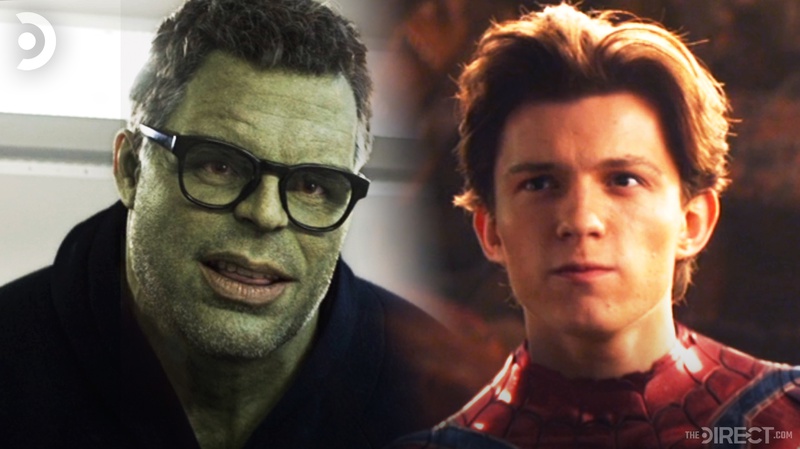 Another MCU pairing that never came to be was between Bruce Banner (Mark Ruffalo) and Peter Parker. For a time, having Banner show up during Far From Home to comfort Peter about the death of Tony Stark made sense, but it didn't come to fruition. Due to Peter's current situation after his last adventure, Banner is a prime candidate for the hero to seek out. In this way, the eventual team-up of the two heroes will finally be fulfilled.

The two heroes could easily bond since both of them have genius-level intellect. While it would somewhat mimic the relationship between Stark and Peter, the pairing of the two Avengers could offer a fresh perspective while also providing a new dynamic to explore.

Outside of the MCU, Holland and Ruffalo are notorious for accidentally sharing spoilers to the masses. If Marvel Studios decides to pair the two heroes together in the near future, a fun reference to the spoilery shenanigans between the two could be an entertaining addition. On top of that, the chemistry of the two actors outside of filming has been well-documented in the past few years, so it would not be a problem when both of them will share some Marvel screen time.

Do you agree with our picks? Which pairing do you want to see the most during the upcoming phases? Sound off with your picks below!